Growing up, Joe Westerman remembers Castleford Tigers’ fiercest rivals being Leeds Rhinos and Featherstone Rovers, but the Pontefract-born back row knows Thursday’s clash with Wakefield Trinity means just as much as taking on those two.

Westerman, a Castleford fan in his youth, has seen the rivalry from both sides. He is currently in his second spell with his boyhood club, having initially played for the Tigers from 2007 to 2010, and re-joined in the off-season after spending 2020 and 2021 playing for Wakefield.

Trinity go into the Betfred Super League Rivals Round showdown at Be Well Support Stadium (7.45pm kick-off) having not beaten their neighbours since a 24-22 triumph at home in February 2015 and Westerman is well-aware just what these clashes now mean for the fans of both clubs.

“The derby, for me, when I was growing up was against Leeds,” Westerman said. “That was the main one, or it was Cas against Fev.

“But it’s massive now, isn’t it, Castleford against Wakefield? Especially seeing as they haven’t beaten us for that long.

“If you lose, you’re staying in for the weekend, you’re not going anywhere – you can’t get your breakfast in Cas town centre if you lose. It’s a big game and it’s going to be big for both teams.”

The Tigers are without Jordan Turner and Bureta Faraimo for the match due to shoulder and knee injuries respectively, while Wakefield skipper Jacob Miller is missing too. However, the hosts are boosted by the return of prolific try-scoring winger Tom Johnstone to the 21-man squad.

Both teams bowed out of the Betfred Challenge Cup at the quarter-final stage last weekend, while Trinity are just two points ahead of Castleford in the Super League standings heading into this game.

Westerman is enjoying life under his former Hull FC head coach Lee Radford at the Mend-A-Hose Jungle too and is optimistic despite an inconsistent start to the season from the Tigers.

“I love being back at the club” Westerman said. “It’s where I started, it’s where, as a young boy, I watched them and followed them around the country.

“It would be nice if we’d won a few more, but I think that’s coming. It’s a dream for me to be back here and hopefully win something before I hang my boots up.” 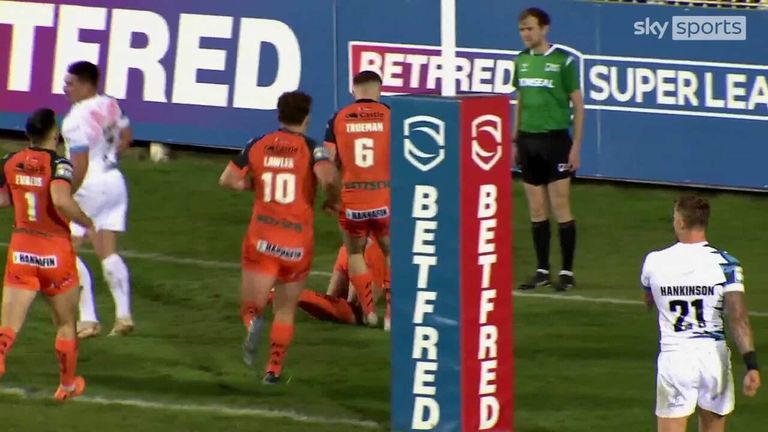 Highlights of the Betfred Super League match between Castleford Tigers and Toulouse Olympique.

Highlights of the Betfred Super League match between Castleford Tigers and Toulouse Olympique.

Ian Watson is not getting carried away with Huddersfield Giants’ progression to the semi-finals of the Challenge Cup as they prepare to travel to Leeds Rhinos in Super League’s Rivals Round.

The Giants have not reached the final of the Cup since 2009 and their last success in the knock-out competition came 69 years ago, with head coach Watson keen to give club owner Ken Davy a major trophy to celebrate. 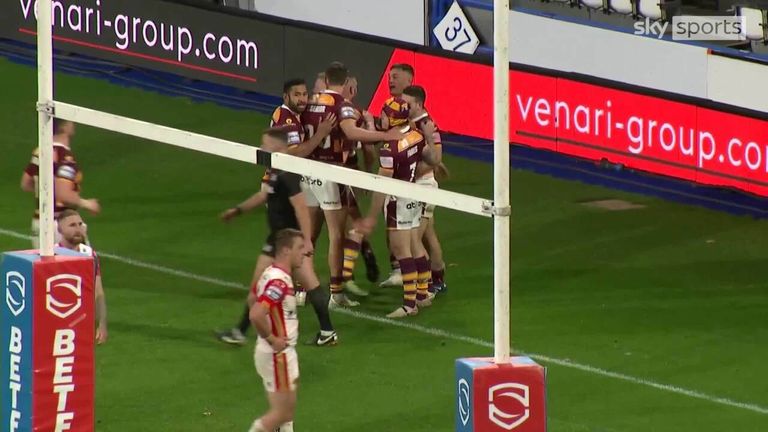 Highlights of the Betfred Super League match between Huddersfield Giants and Catalans Dragons.

Highlights of the Betfred Super League match between Huddersfield Giants and Catalans Dragons.

However, Watson’s immediate focus is on ensuring Huddersfield continue the early-season Super League form which has seen them sitting third in the table after seven matches following a 28-12 win over last season’s League Leaders’ Shield winners Catalans Dragons last time out in the competition.

“It would be awesome for him but first we’ve got get back on the horse in Super League and, when the semi-final comes around, we’ll focus on that,” Watson said.

“I’m just glad to be in the semi-finals. This is where we want the club to get to and to do that you have to have the right people.

“Theo Fages and Chris Hill coming here have brought the right mentality to the club to make us better in these big games. It’s that little bit of experience that our young lads need.”

Watson’s opposite number Jamie Jones-Buchanan continues his mission to reinvigorate the struggling Rhinos side after being placed in interim charge following Richard Agar’s departure and has some important players back in contention. 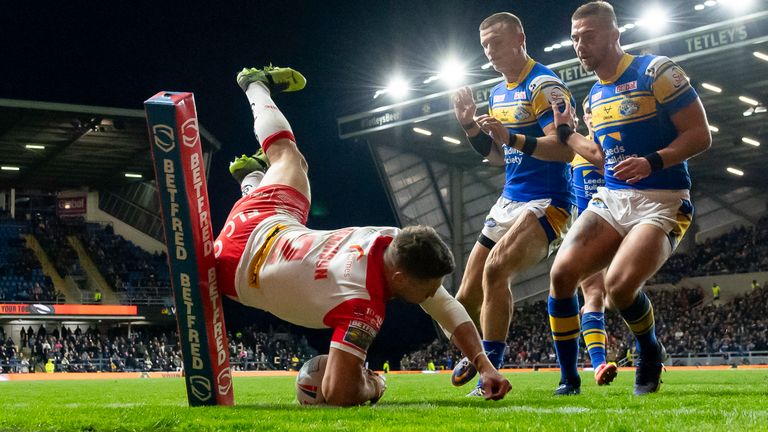 Highlights of the Betfred Super League match between Leeds Rhinos and St Helens.

Highlights of the Betfred Super League match between Leeds Rhinos and St Helens.

Brad Dwyer and Zane Tetevano return from suspension with Alex Mellor and Bodene Thompson also returning for the home side as they look to bounce back from a disappointing 26-0 loss to top of the table St Helens and secure only their second Super League win of the season.

There is chance of return for Jermaine McGillvary, Owen Trout, Adam O’Brien, Louis Senior and Oliver Russell on Thursday night for the Giants, but Sebastine Ikahihifo does not feature after last week’s victory over Hull in the Challenge Cup.

It will be a Warrington Wolves side under pressure on display at the Halliwell Jones Stadium on Thursday night as Daryl Powell’s team aim to get back to winning ways after a tough period consisting of four league losses and Challenge Cup elimination.

They will face a Salford Red Devils squad which will also be aiming to prove they can get a win under their belts, having tasted victory just once in their last five fixtures.

Red Devils head coach Paul Rowley was honest about where his side is at after their close defeat to Wakefield in Super League last time out.

“I was proud of their efforts, but we’re not going to give cuddles out for digging in – it’s about winning,” Rowley said. 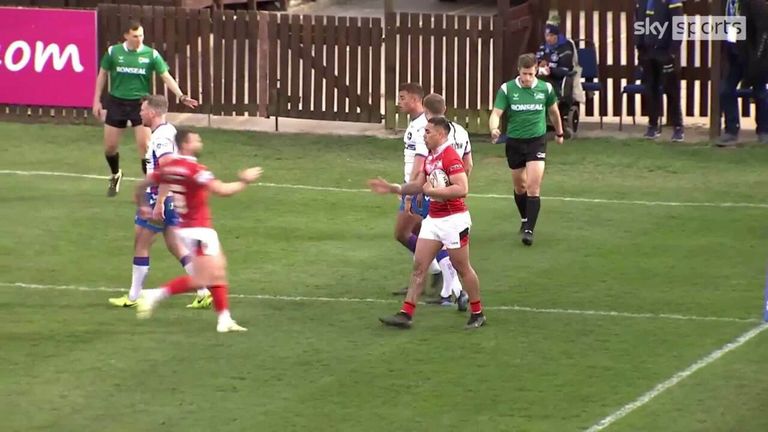 “The gap in fixtures means we’ve been able to rest up, and we’ll have a good spell of preparation for Warrington.

“They will be fired up and desperate to get a win themselves, but we don’t fear anyone, and we know we’re capable.”

Warrington will be without George Williams and Oliver Holmes, who are sidelined with minor injuries for the Rivals Round match. However, they will be bolstered by the return of full-back Stefan Ratchford and Matty Ashton to the squad after they missed the defeat to Hull Kingston Rovers.

After already losing Dan Sarginson, James Greenwood and Shane Wright this season, the Red Devils will be hoping to get through the clash without picking up any more lengthy injuries. 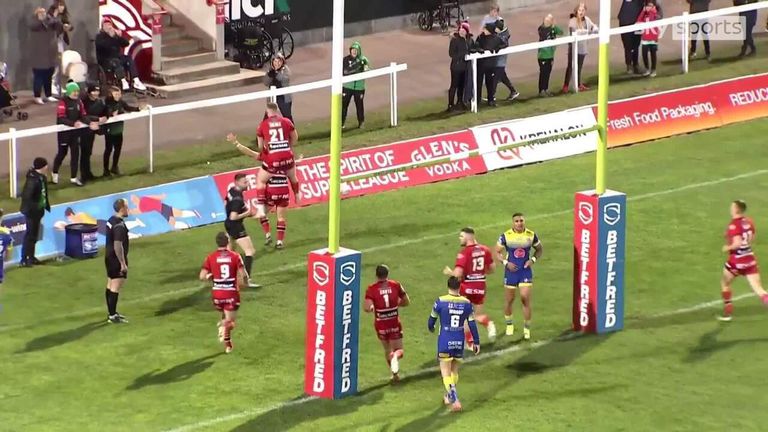 Highlights of the Betfred Super League match between Hull KR and Warrington Wolves.

Highlights of the Betfred Super League match between Hull KR and Warrington Wolves. Boro peg back QPR for point 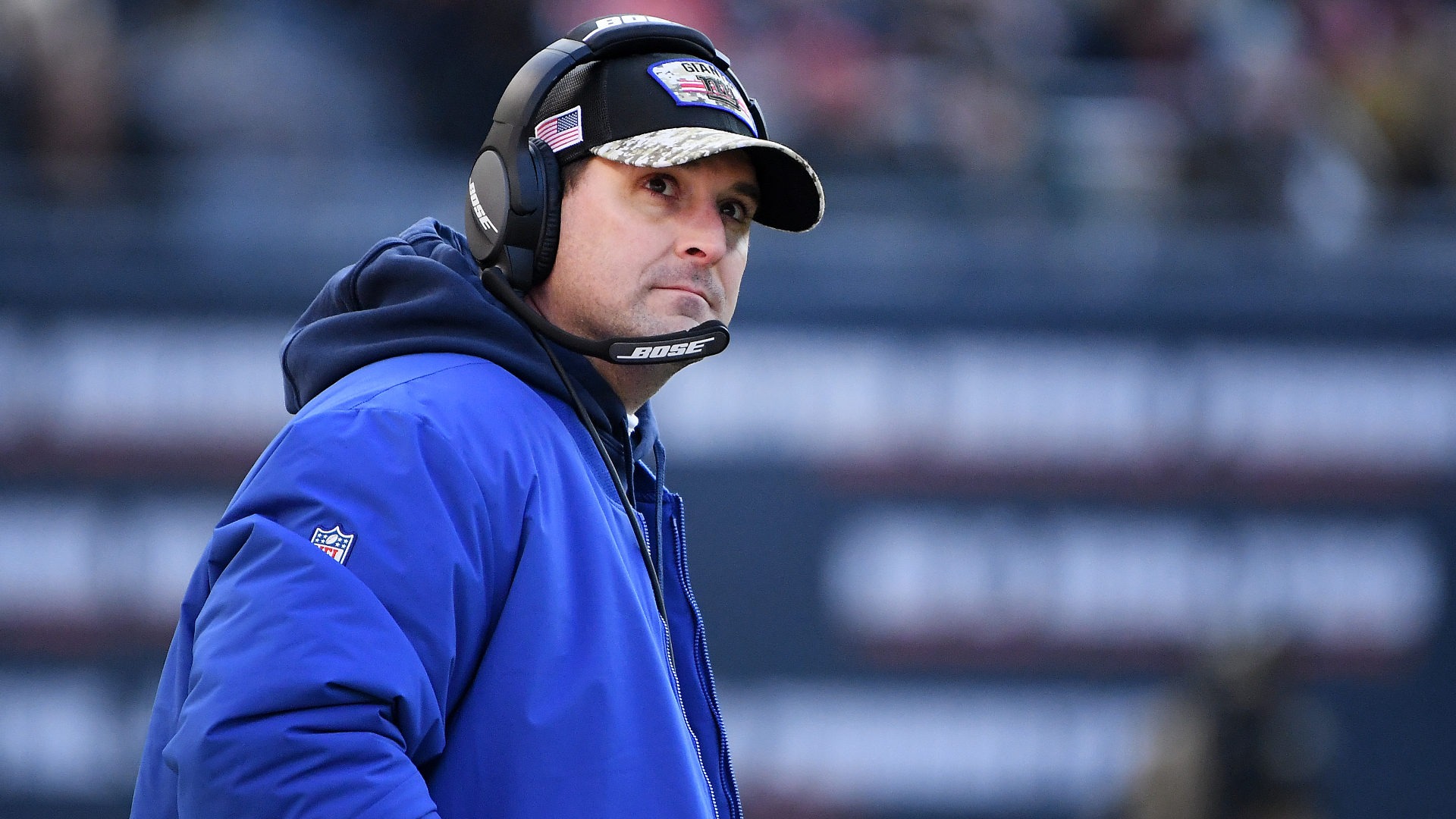 Joe Judge goes on 11-minute rant after ugly loss to Bears, claims former Giants wish they were still with team 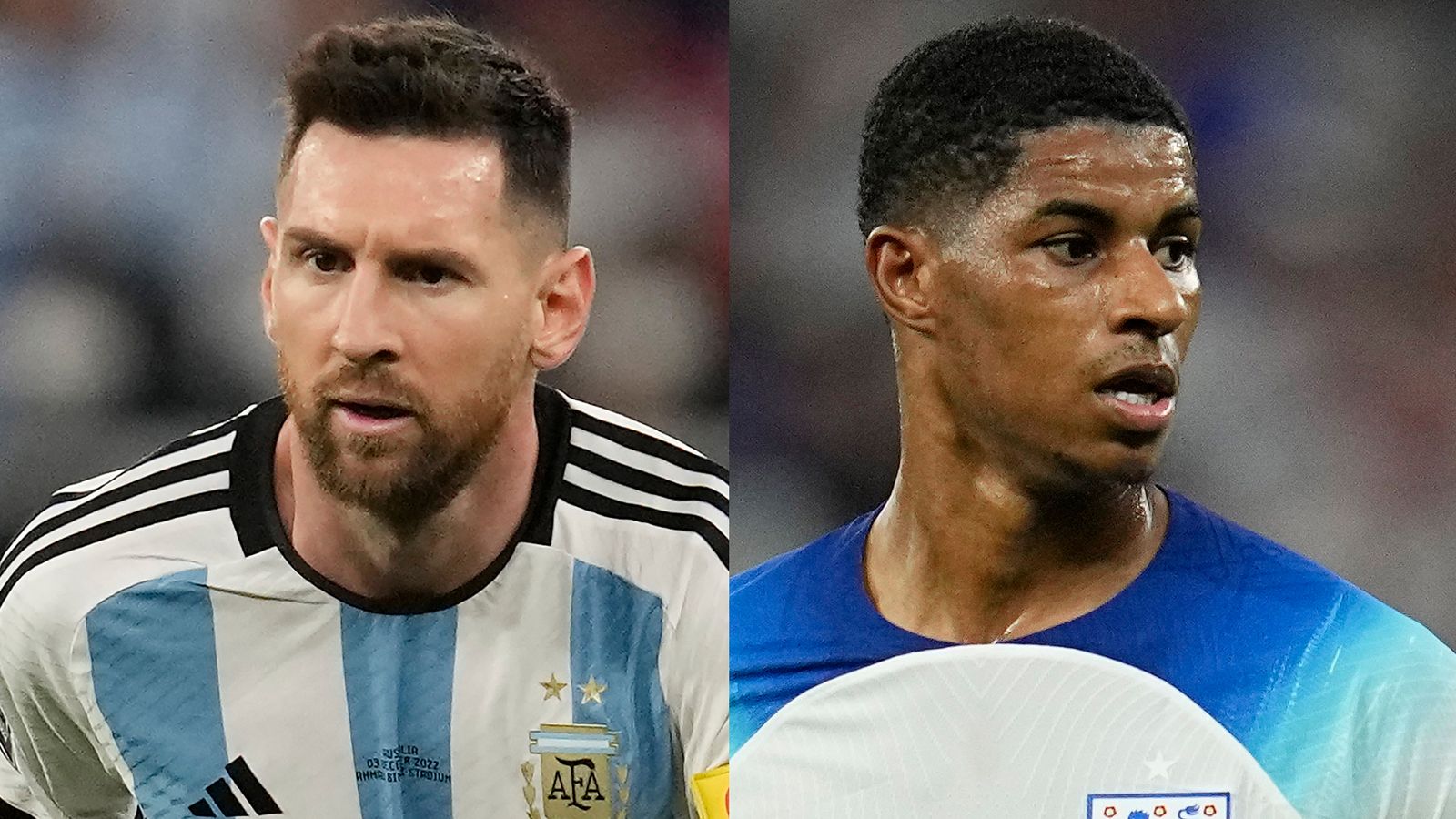 What’s next for Pakistan as its economic crisis worsens? | TV Shows

From: Inside Story An IMF team is to visit the country next week as standoff with the government stops funding.