Ahead of his maiden Betfred Challenge Cup final appearance on Saturday, Wigan prop Liam Byrne recalls the lengths he went to trying to prove himself as a teenage trialist and how he is now reaping the rewards of those efforts

As a 17-year-old trialist, Liam Byrne was so determined to make it as a professional rugby league player that he would catch the train from his home in Salford to Wigan every day and then cycle the rest of the way to training.

Now aged 22 and midway through a four-year contract with Wigan Warriors, the prop is well on his way to becoming an established Betfred Super League player with 15 appearances in all competitions under his belt already in 2022.

Those efforts are all the more sweeter given Byrne is on the verge of a maiden Betfred Challenge Cup final appearance as Wigan prepare to face Huddersfield Giants on Saturday for the first silverware of the year, and the former Cadishead Rhinos junior is still adopting the same mindset.

“Coming to a club like Wigan, that was what was expected,” Byrne told Sky Sports. “If I wanted to make something out of it and really get somewhere and do something with myself, I knew that.

“It was tough, there were some early mornings and late nights getting home, but it was worth it. Even now, we’re still all pushing and pushing our standards, and there are still standards we need to meet. I try to carry that on and keep it pretty good.

“You can definitely see it paying off. I had a couple of years in the first team when I first came through and it was always on and off whether I’d be in or not. I still don’t take anything for granted and I know nothing is a given to be able to put on that shirt week in, week out.

“There is plenty of competition in the team and if I happen to be on it each week in then I’m happy. Everyone is trying their hardest to get a shirt in training every week, so as long as I keep pushing my standards hopefully that will be okay.” A tribute to rugby trailblazer and architect of Wigan’s golden era Maurice Lindsey, who sadly passed away aged 81.

A tribute to rugby trailblazer and architect of Wigan’s golden era Maurice Lindsey, who sadly passed away aged 81.

Wigan’s history as the most successful rugby league club in the world, including a record 22 league titles and 19 Challenge Cup triumphs, looms large enough over the sport that players like Byrne are aware of it before they even walk through the doors of the Robin Park training facility.

That history brings with it certain levels of expectation too and has been brought even into focus not only by this being the year the Warriors celebrate their 150th anniversary, but also by the recent passing of former chairman Maurice Lindsay, who oversaw the glory years when the club were the dominant force in the British game from the late 1980s to mid-1990s.

Rather than be weighed down by what has gone before though, it is something the club have embraced – particularly since Wigan native and boyhood supporter Matt Peet took charge as head coach over the winter – and Byrne, for one, finds it to be a source of inspiration to drive him on.

“It’s great and it’s really positive,” Byrne said. “It’s not a shock but coming from the amateur scene when I was 17 to being in an environment like that, I had to learn pretty fast. It was tough, there were some early mornings and late nights getting home, but it was worth it.

Liam Byrne on his efforts to prove himself as a trialist

“It really means everything here and even more than that, the culture and getting things right off the pitch as well.

“You definitely feel some pressure but if you use that well, pressure can be really good on people and bring the best out of you as well.”

Of course, it goes without saying that Byrne and the other younger members of the Wigan squad are eager to start writing their own history at the DW Stadium and claiming their first piece of silverware together in the form of the Challenge Cup – a competition the club were once synonymous with – would be the perfect start.

The Warriors do, however, head into Saturday’s final at Tottenham Hotspur Stadium having suffered back-to-back defeats in Super League since the win over great rivals St Helens in the Cup semi-finals. Yet Byrne is in no doubt the squad are in the right frame of mind to go on and bring the trophy back to Wigan for the first time since 2013.

Highlights of what happened when Huddersfield Giants and Wigan Warriors clashed in the Betfred Super League two weeks ago.

Highlights of what happened when Huddersfield Giants and Wigan Warriors clashed in the Betfred Super League two weeks ago.

“Me and a few of the younger lads have been playing together for the past couple of years and we all feel ready for that now,” Byrne said.

“We’re looking forward to being able to get our hands on some silverware and we’ve got a massive chance to do that this week.

“We’ve been working hard all pre-season and all season to do this and all that’s in the back of our minds is silverware. We’ve got a great chance here and hopefully we can come away with it.

“I’m looking forward to it; there are some slight nerves there with it being my first final, but I’m hoping we can get the job done and come away with it.” 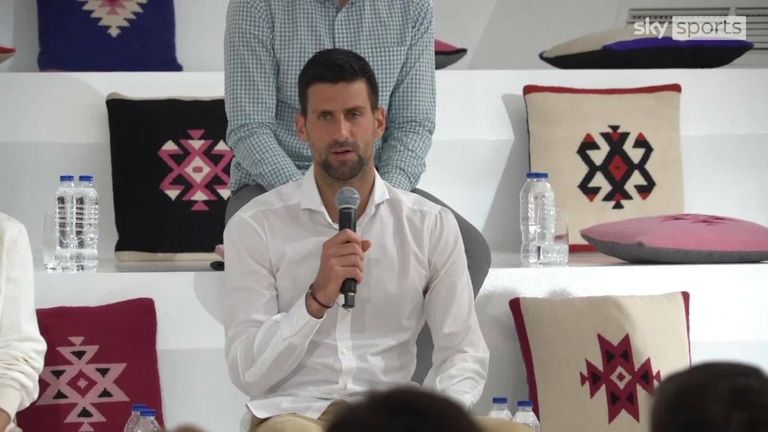