The 21-year-old verbally agreed personal terms earlier this week and has now completed his move to the Scottish Premiership champions.

Celtic manager Ange Postecoglou said: “He is a young, talented striker with great attributes and someone who is ready to take the next stage in his career – a player who is hungry, eager to develop and to achieve success.

“I have watched Oh for some time and he is the striker I really wanted as I think he will be a great fit in our squad.

“Really importantly, I know that he had his heart set on joining us too and that his own perseverance has been crucial in making this deal happen, so his determination to join Celtic has been very clear.

“We are really pleased to welcome him to the club and look forward to working with him and settling him into our squad.”

Speaking to Celtic TV, Oh said: “I’m happy to be playing at one of the top clubs and I’m delighted that my dream has come true.

“I feel like I’m on a movie set and I’m really excited to be in the city and I’m looking forward to the upcoming days.

“This is the moment I have dreamed of and I’m really excited to perform in front of the fans at the stadium.”

Before signing Oh, Celtic had made an offer for his international team-mate Gue-Sung Cho, but talks stalled with Jeonbuk Hyundai Motors after the player decided to weigh up his options. 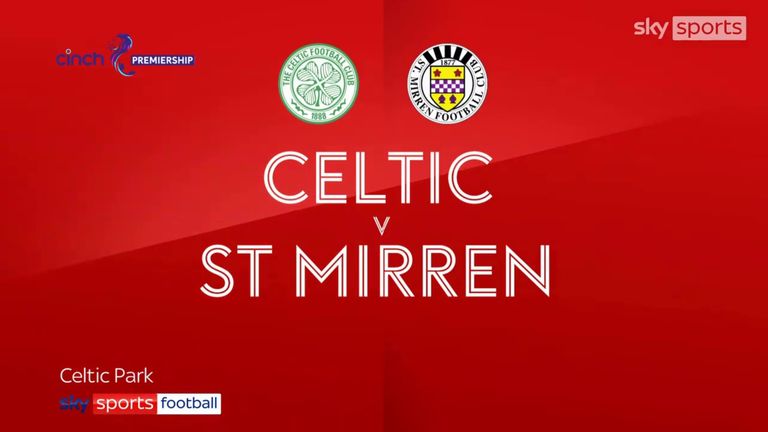 Highlights of the Scottish Premiership match between Celtic and St Mirren

Will Giakoumakis leave this month?

Postecoglou said on Friday that he expected some transfer dealings to be confirmed in the coming days as he reported progress in both directions, with right-back Josip Juranovic subsequently departing for Union Berlin on Sunday.

Another player expected to leave Parkhead this month is Giorgos Giakoumakis, with Celtic accepting a bid worth an initial £3m from Japanese club Urawa Red Diamonds for the striker.

Giakoumakis is still weighing up his options amid interest from MLS side Atlanta United – who are yet to make a bid – but Postecoglou said he does not expect the Greece international to make a hasty exit.

When asked if striker Giakoumakis will still be a Celtic player by the end of January, Postecoglou said: “Until I know or hear otherwise, I expect them all to be Celtic players but there has been progress with all those kinds of issues. I guess over the next few days we will see how it all plays out.”

Postecoglou also had a warning for any members of his squad who may be upset at a lack of guaranteed playing time following Celtic’s transfer business.

“There’s been a handful of players who haven’t had an opportunity this year, but mostly they all play, they all contribute,” said the manager.

“You can have guaranteed game time – but you won’t play for this club or any big club.

“You can get it at a club where they’re not as strong or not competing for trophies, but that’s not what the biggest players want.

“They want to be the best and they want to win every competition. To do that, they understand you need to have a strong squad and compete for places.

“If at any point a player is not happy with that, or wants more game time, there’s one way to do that and that is to train hard and present yourself in the best possible light.

“Or, you can look for other opportunities elsewhere.”

Who will be on the move this winter? The January transfer window closes at midnight in Scotland on Tuesday January 31, 2023.

Follow every Celtic game in the Scottish Premiership this season with our live blogs on the Sky Sports website and app, and watch match highlights for free.

Get all this and more – including notifications sent straight to your phone – by downloading the Sky Sports Scores app and setting Celtic as your favourite team.