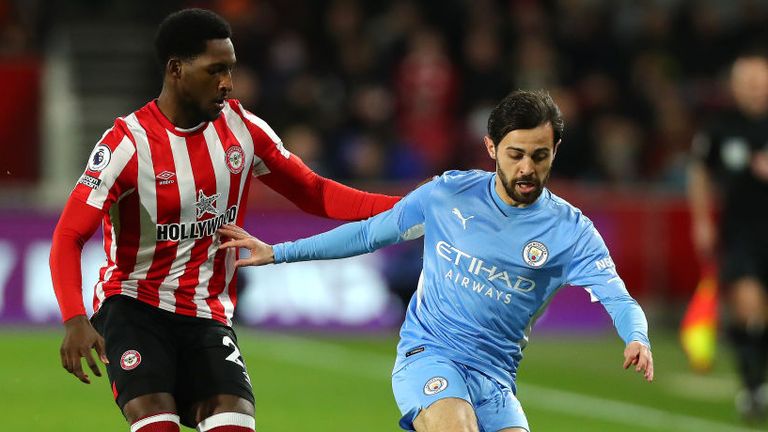 
Phil Foden marked his return to the Manchester City side by scoring the only goal as Pep Guardiola’s side opened up an eight-point lead at the top of the Premier League with a 1-0 win at Brentford.

Foden hadn’t started since Guardiola had warned his players about their off-field behaviour after both he and Jack Grealish were reportedly pictured in a nightclub and then dropped for the clash at Newcastle.

But he was vibrant throughout a tight contest at the Brentford Community Stadium, and struck the crucial blow on 16 minutes as he met Kevin De Bruyne’s cross to tuck home from close range, and survive a VAR review for offside.

Brentford ended 2021 with another dogged performance against the defending Premier League champions, and had chances to break the deadlock during a frenetic five-minute spell as Yoane Wissa’s shot was cleared off the line by Joao Cancelo.

Kevin De Bruyne rattled the woodwork in the second period while Foden had a second goal chalked off for offside, but Ederson was untroubled as he recorded a 12th league clean sheet of the season.

The result means Brentford remain in 14th position on 20 points from their 18 games, while City head to Arsenal at the Emirates for the early kick-off on New Year’s Day knowing they could establish a daunting 11-point lead at the top at the halfway stage.

Man of the match: Phil Foden.

How City made it 10 wins on the bounce

The extent of the damage caused by Liverpool’s surprise 1-0 defeat to depleted Leicester on Tuesday night was confirmed in west London 24 hours later as City took full advantage of their title rival’s slip at the King Power Stadium.

While Chelsea’s supposed return to form hit a roadblock as they stuttered to a draw at home to Brighton, Guardiola’s City came through a stiff test unscathed at the Brentford Community Stadium. The fatigue that crept into Liverpool legs was far removed from the swashbuckling City machine that marches on ominously towards a fourth league title in five years.

The gap is now eight points to Chelsea in second, but by the time Liverpool are next in action at Stamford Bridge on January 2, Klopp’s side could be a seismic 12 points off the summit. Such are the standards set by the defending champions, Liverpool’s failure to score for the first time in 35 matches was ruthlessly punished.

Frank’s men made a positive start, with some suggestions that the groundsman had allowed the grass to grow slightly longer to impede City’s fluidity of attack with the returning Foden unable to reach Joao Cancelo’s deep cross the only noteworthy incident of the opening 10 minutes.

It would precede a five-minute spell of Brentford pressure in which they might have scored on three separate occasions. Firstly, referee David Coote played a fine advantage after Ruben Dias fouled Wissa as Frank Onyeka was played through by Shandon Baptiste only for him to telegraph his shot straight at Ederson.

Phil Foden and Jack Grealish returned to the Manchester City starting line-up at Brentford. The England pair were pictured on a night out after City’s recent win over Leeds and benched for the subsequent wins against Newcastle and Leicester.

Brentford were without 11 first-team players with Christian Norgaard suspended and Bryan Mbeumo failing to recover from a hamstring injury. Yoane Wissa replaced Mbeumo alongside Ivan Toney in attack.

The City stopper then bailed out Dias once more as Wissa’s low cross was inadvertently directed towards his own goal by the Portuguese defender only for Ederson to produce an instinctive save.

There was little he could do about Brentford’s next chance, however, as after Wissa had collected Ethan Pinnock’s knockdown from the ensuing corner, his miscued shot bounced over both Ederson and Ivan Toney only for the ball to be glanced off the line by Joao Cancelo.

The spate of pressure was a warning City heeded and duly responded to with the opener from their very next attack as Kevin De Bruyne collected Cancelo’s pass to swing in the perfect first-time cross for Foden to open up his body and direct beyond Alvaro Fernandez.

There was a lengthy VAR check for offside from Jarred Gillett in Stockley Park, but replays showed that Foden was fractionally behind the final Brentford defender. Frank slammed against the side of his dug-out in frustration, acknowledging full well how such fine margins had conspired against his side.

The City goal came just 56 seconds after they had cleared the ball off their own line, a painful reminder that you have to take whatever chances come your way against England’s elite.

In truth, with the exception of a few meaty City challenges which drew cries of anger from the home supporters, Foden’s goal took the sting out of the contest. Mads Sorensen did well to block one Gabriel Jesus shot and a comfortable save from a speculative Dias drive were the closest the visitors came to doubling their lead before the interval.

The simmering tension between the two sets of players did lead to a flashpoint on the stroke of half-time, however, as Ivan Toney avoided punishment for appearing to place his studs on Fernandinho’s shin as he lay on the ground having won a free-kick. Coote deemed it to have been accidental, much to the chagrin of the City skipper.

Fernandinho and City shook off the skirmish and came within a whisker of a two-goal cushion when Jesus nonchalantly flicked the ball back for De Bruyne to put the ball on Foden’s head following more brilliant movement, but this time he could only direct his effort a yard wide of the post.

Guardiola had clearly instructed his players to up the tempo at the break, and Foden was once more denied – this time by the offside flag – as he meant Jesus’ cross to bullet his header high into the net only for it to be correctly ruled out.

De Bruyne came within inches of finding that killer second goal when he received Bernardo Silva’s disguised pass to smack the base of the post, with Fernandez beaten, but Brentford retained a threat at set pieces.

One such Mathias Jensen delivery evaded both Aymeric Laporte and Nathan Ake at the far post as Pinnock’s header back across goal was crucially dealt with by Cancelo as Pontus Jansson prepared to connect.

Laporte thought he had settled matters when he rose expertly to meet another wicked De Bruyne free-kick to direct his header into the far corner, but VAR intervened for offside to give Brentford late hope, but they would not add a point against City to their proud list of scalps.

News will have filtered through to the buoyant travelling City supporters that Danny Welbeck had struck a 90th-minute equaliser for Brighton at Stamford Bridge. Now eight points clear, does anyone want to challenge them?

This was the first time City had taken to the field since the departure of Ferran Torres for upwards of £50m to Barcelona was confirmed, and while the inquest is growing at Anfield for Fenway Sports Group, Liverpool’s American owner, to refresh the squad, Guardiola has the squad depth and coaching capacity to absorb such an extravagant mid-season sale.

Torres was highly regarded and remains a real prospect but his departure barely raises a shrug of the shoulders when City are in such rude health. The resurgence of Raheem Sterling since Torres’ injury could well have played a factor in the club’s reluctance to stand in his way, but here the England international was named as a substitute.

Brentford knew they, like Leicester, would have to repel a barrage in their final game of a highly successful 2021. Such has been the club’s progress over the past 12 months, it was entirely fitting the year would culminate with the ultimate test of mental and physical fortitude.

They had their chances in the first half prior to Foden’s decisive opener, while Toney’s ongoing battle with Dias led to him leaving his mark on Fernandinho but this was another very impressive overall home performance against the league’s biggest of hitters.

‘Boring, boring City’ sang the Brentford fans as their opponents stroked the ball around. Boring, maybe. But given the Liverpool and Chelsea results over the past 24 hours or so, a win here was extremely valuable to City in the bigger scheme of things.
Ben Grounds

Man of the match: Phil Foden

Foden pranced around into pockets of space with great elan, constantly occupying at least two Brentford defenders wherever he went.

After his recent indiscretions on a night out which irked Guardiola, here was the perfect response and timely reminder of just why he was nominated the Premier League’s Young Player of the Season so far by both Jamie Carragher and Gary Neville on Monday Night Football. 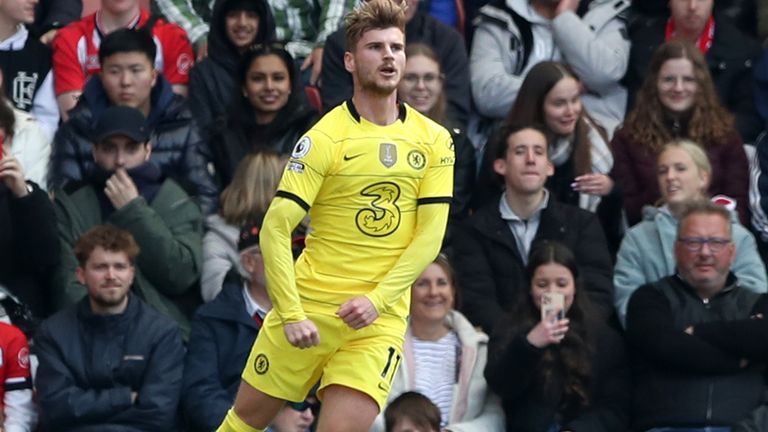 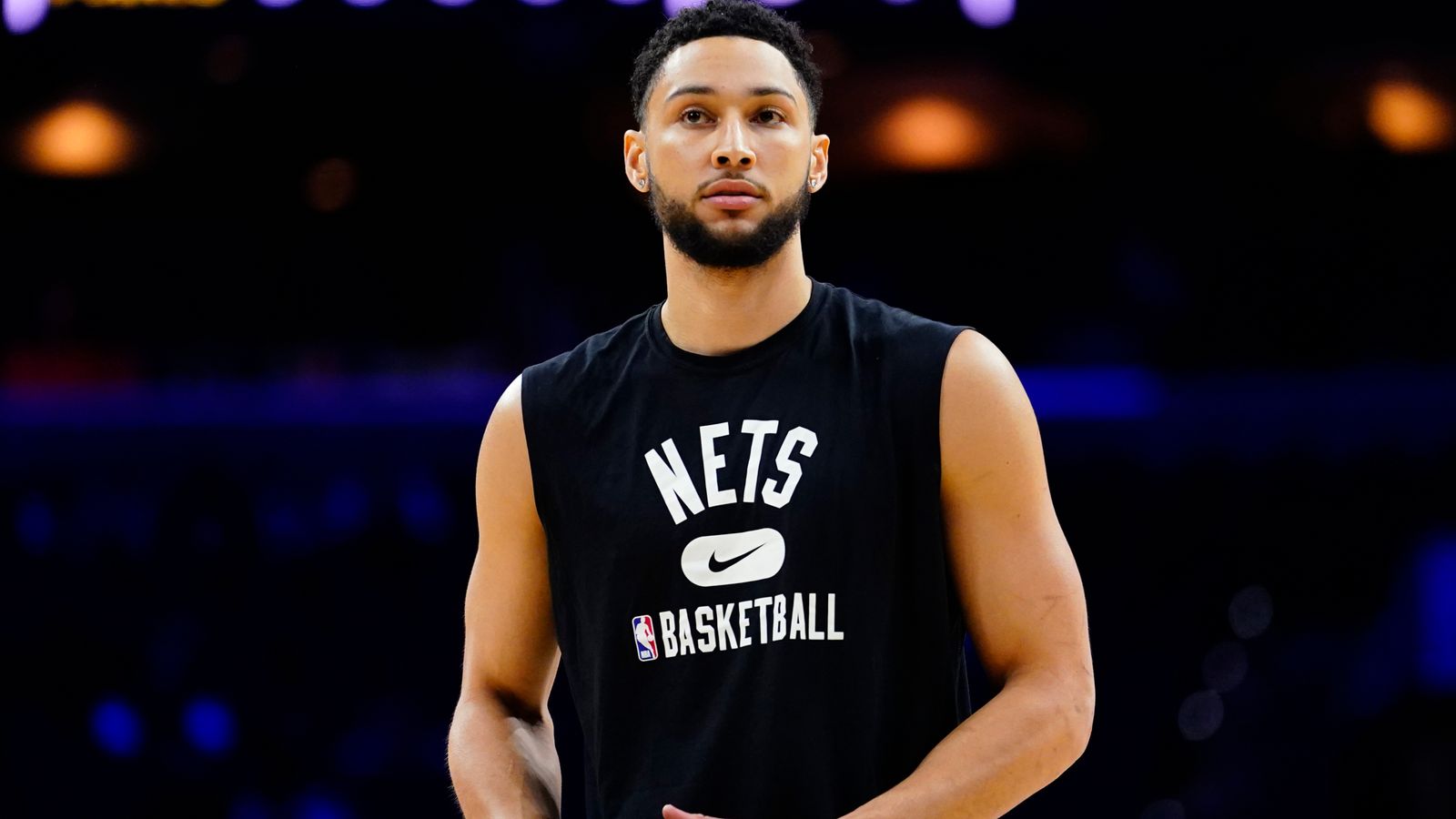 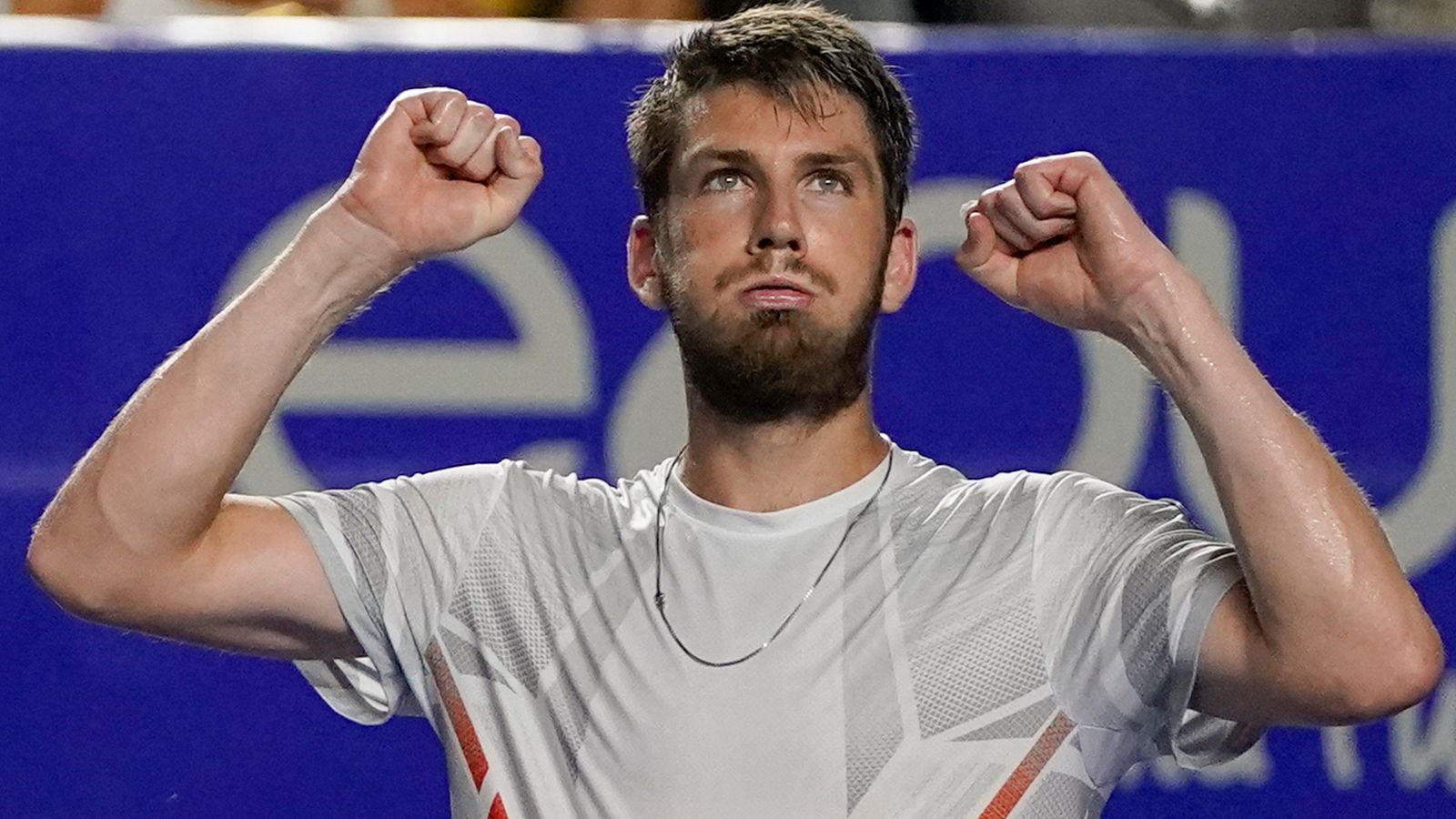 Ewan McGregor Reacts to His Star Wars “Hello There” Meme