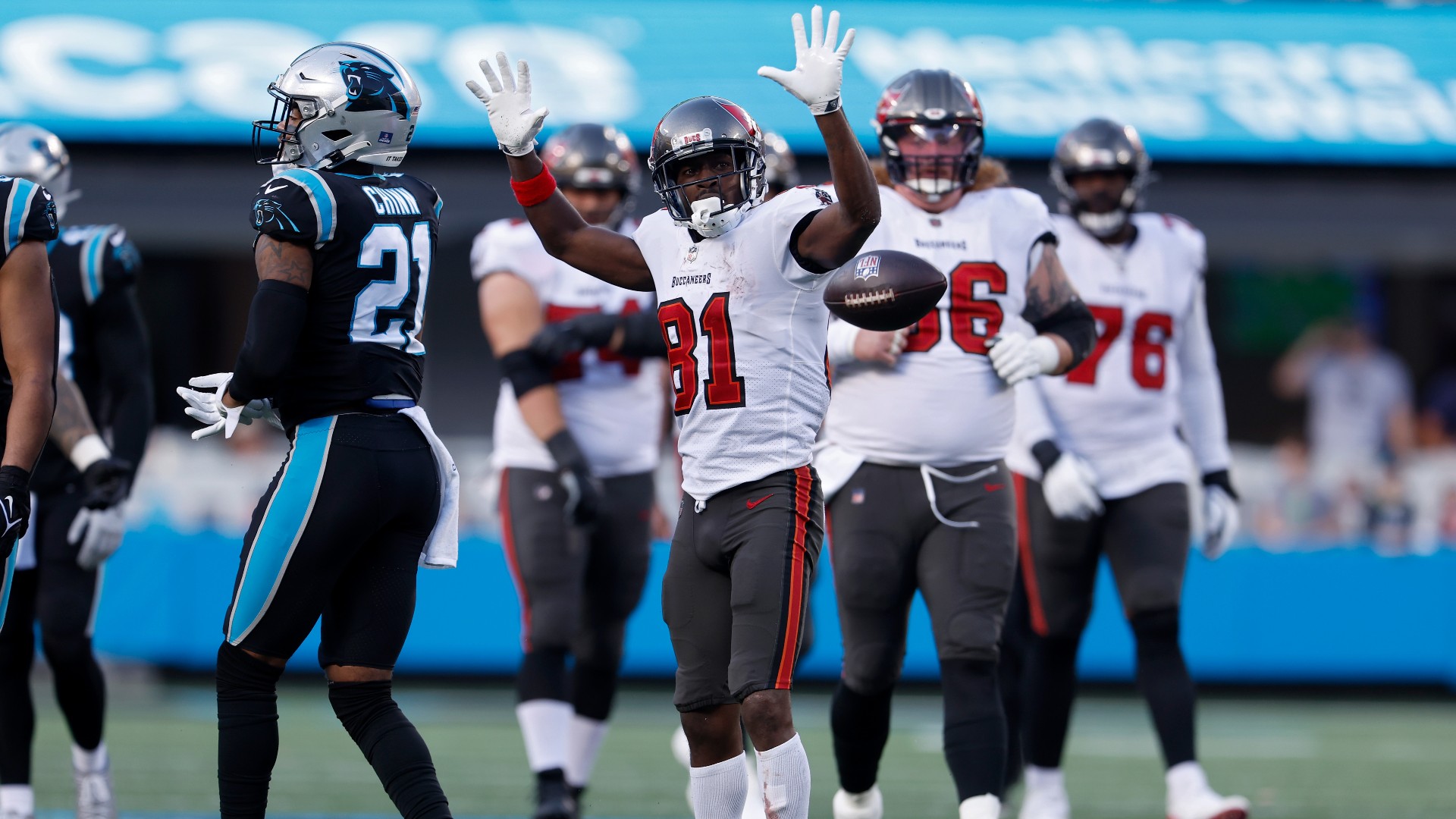 Buccaneers wide receiver Antonio Brown had no interest in discussing his recent suspension from the NFL.

Brown was asked Sunday after Tampa Bay’s 32-6 win against the Panthers about what it meant to have coach Bruce Arians in his corner after he returned from a three-game suspension for misrepresenting his COVID-19 vaccination status. Brown quickly shot down the question, saying, “next question” multiple times before firing back at the reporter.

“We just want to talk about this game,” Brown said. “We don’t want to waste no time with you guys writing bogus.”

When a reporter pushed back on Brown’s decision not to speak about the decision, saying that he hadn’t spoken with the media since the suspension, Brown said that he simply did not want to talk about the suspension.

“You guys it’s all drama,” Brown said. “It’s all about football. We here to talk about Carolina or I don’t want to talk to you guys.”

Earlier in the season, it was reported that Brown’s former chef claimed he had used a fake vaccination card to avoid the NFL’s strict COVID-19 protocols. The former chef claimed he was owed $10,000 from Brown. A few weeks later, the NFL suspended Brown and safety Mike Edwards after it was concluded that evidence supported the claims that the Tampa Bay teammates had “misrepresented their vaccination status.”

Both players were suspended for three games.

It had been reported that Brown could be on thin ice as soon as he joined the Buccaneers in October 2020, with Arians telling Peter King that if Brown “screws up one time, he’s gone,” according to NBC’s Pro Football Talk Mike Florio.

Evidently, that did not end up being the case as Arians said following the conclusion of Brown’s suspension that it would be in the “best interest” of the team to return both Brown and Edwards.

The news came after injuries to top wide receivers Mike Evans and Chris Godwin. Godwin is out for the season, while Evans missed Sunday’s game due to a hamstring injury.

MORE: Why Washington brought its own heated benches to Cowboys’ indoor stadium

I certainly meant no disrespect to @AB84 by asking him what it meant that Bruce Arians stood in his corner after what some would have considered a “screw up.” He’s allowed to answer how he feels. That’s his right. But I can assure you, I care about honesty — not “drama.”

Brown was asked if he was thought if he’d be able to return, to which he responded that he was “here to do my job.”

“I can’t control what people write, how people try to frame me or people try to bring me down,” Brown said. “Life is about obstacles and persevering and doing what’s right. So you get the right outcomes so I’m standing here before you guys grateful, humble, thankful and excited to be a part of a big win with my teammates. It’s not about what I did. It’s about what all the guys in there did collectively together and that’s it.”

Brown said most of what he has to deal with is drama created by the media and drama created from people that want something from him.