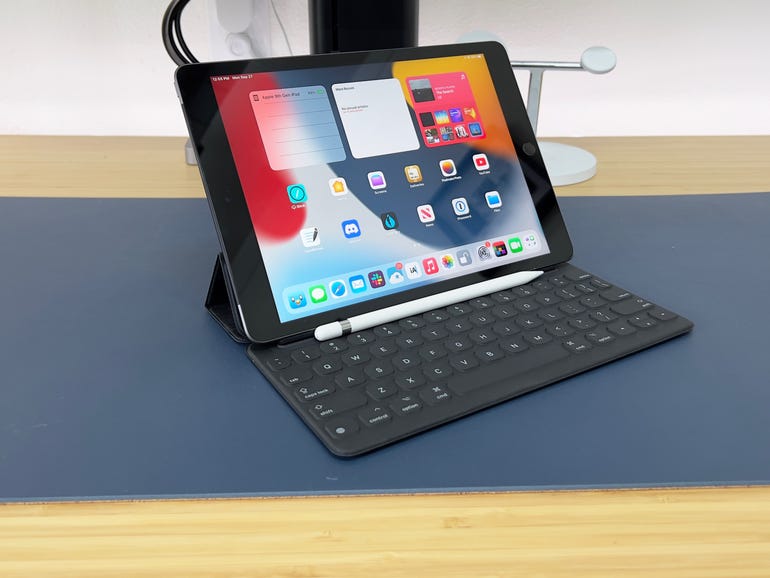 
Tablets are a handy tool, whether you’re trying to keep up with your favorite shows, holiday shopping or turning a slab of glass into a laptop replacement. And, let’s face it, they also make great educational tools for young children — or at the very least, a means to keep them entertained when you need it the most.

But some tablets are downright expensive. Apple’s
iPad Pro

can easily push the $2,000 mark. But you don’t have to spend a fortune to get a reliable and consistent tablet experience.

Below I’ll walk you through the best cheap tablets that range from Apple’s iPad (arguably the best out of the group), to Amazon’s Fire HD 8 (likely the slowest out of the lot) — each of which offering its own concessions in order to hit a certain price point.


The base model iPad 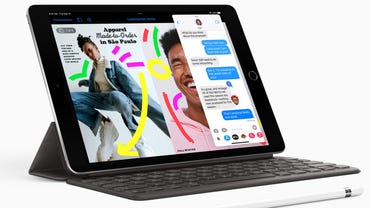 Not only does the standard $329 price tag give you all of the same features you’d expect from any of Apple’s tablets, like iPadOS updates for years and access to the App Store, but you don’t have to pay a premium like you do for the more expensive Pro and Air models.

The ninth-generation iPad was announced in the fall of 2021, adding an A13 Bionic processor, more storage options — with the base model now offering double the storage, starting at 64GB. Or you can opt for 256GB of storage if you need the space. The entry-level iPad can be paired with Apple’s Smart Keyboard and an Apple Pencil, converting it from a tablet to a laptop.

Apple hasn’t expanded its facial recognition hardware beyond the iPad Pro lineup quite yet, and with the iPad Air and iPad Mini now without a home button, the ninth generation iPad is the only tablet left in the lineup with a home button with Touch ID.

It’s not uncommon to see the base model iPad on sale for $299 or lower, especially during holiday shopping season. 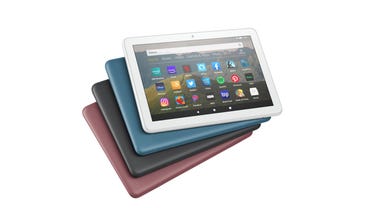 Amazon’s Fire HD 8 and HD 8 Plus are two of the most affordable tablets you’ll find. The company recently redesigned the formerly square and hard-edged tablets, adding a more rounded design that looks and feels fantastic to hold. Both tablets are affordable with the standard HD 8 priced at $89.99, with the HD 8 Plus priced at $109.99.

What’s the difference? Glad you asked. The HD 8 comes with 2GB of memory, while the HD 8 Plus comes with all of the standard features the HD 8 includes, but with 3GB of memory, wireless charging support and a faster wired charger is included in the box.

Better said: The extra $20 for the HD 8 Plus is well worth the investment.

The Fire HD 8 runs Amazon’s Fire OS. It runs Android apps, but you’re limited to apps that are available in Amazon’s own Appstore. Like with most tablets in this price range, performance can be sluggish at times, but you’ll have no issues shopping, browsing Facebook, or checking your email on the Fire HD 8 Plus. 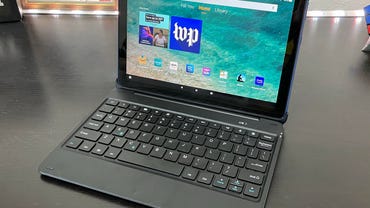 Amazon’s recently updated Fire HD 10 and Fire HD 10 Plus are worthy contenders as cheap tablet options. You have the option of getting the standard Fire HD 10, or buying it as part of a productivity bundle that includes a keyboard, and a one-year subscription to Microsoft 365 for $199.

Either Fire HD 10 model boasts an octa-core processor, 4GB of memory, 32GB or 64GB of storage and includes the bonus of microSD card support up to 1TB.

The full HD display looks clear, and provides plenty of space for gaming or watching a movie. You’ll get up to 12 hours of battery life on a single charge.

Like the Fire HD 8, the Fire HD 10 runs Fire OS, so your app options are somewhat limited, but most of the big-name apps like Zoom, Facebook Messenger, and Spotify are available. That also means if you are a heavy Google services user, you’ll be disappointed by the lack of Google apps and services. And by lack of, I mean there are zero apps in Amazon’s Appstore. You’ll have to rely on third-party apps or the Silk browser instead. 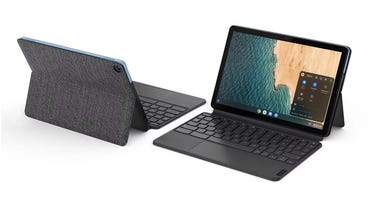 The Chromebook Duet is a fun tablet turned 2-in-1 that doesn’t run Android or iPadOS. Instead, it runs Google’s Chrome OS with refinements that make it easier to use as a standalone tablet, or you can use the included keyboard to turn it into more of a full-fledged Chromebook.

At $249, it’s on the high-end of our cheap tablets list, but the price is quickly justified once you take the included keyboard into consideration — it’s an accessory you typically have to buy on its own and pay around $100 for.

Google’s Chrome OS has grown up over the years, expanding to a full-fledged operating system that supports both Chrome OS apps and Android apps. Heck, you can even install Linux on some models.

The Chromebook Duet is an affordable hybrid device that gives you the added flexibility of Chrome OS, while remaining affordable. You can pick between models that offer 64GB or 128GB of storage. Depending on how you plan on using the Duet, the lower-end model is more than enough for most users since Chrome OS offloads nearly everything to your Google Drive account. 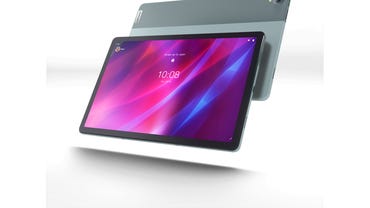 The Lenovo Tab P11 Plus looks a lot like the Chromebook Duet, only bigger and more powerful. Oh, and it runs Android 11 out of the box. It doesn’t come with a keyboard attachment like the Duet, but you can pick one up to expand its capabilities into more of a laptop replacement for $72.

I’ve been testing the P11 Plus for the last few days and, overall, I’m impressed. It’s incredibly thin and the display looks amazing. Android runs smooth on it, free of any hiccups or lag.

If you’re looking for a tablet to share with your kids, there’s a dedicated Google Kids Space app on the P11 Plus that makes it easy to hand the tablet to your child and not worry about what they’re accessing. It relies on Google’s Family Link parental controls, giving them access to age-appropriate apps and games.

At $209, the P11 Plus feels like a steal. Its construction is solid, and its performance is reliable. If you’re looking for an affordable Android tablet, the P11 Plus is worth considering.


Samsung does affordability, too 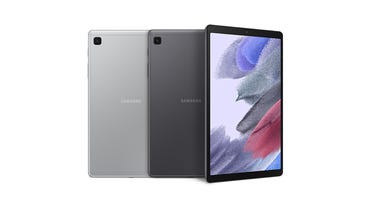 Samsung’s tablet lineup spans all aspects of price and capabilities. The Galaxy Tab A7 Lite, however, is a good mixture of affordability and usefulness. It’s powered by Android 11, with Samsung’s own twist on the mobile operating system.

The lightweight design and small display make it portable enough to take almost everywhere, especially if you’re using it to keep your kids entertained with educational apps. The Tab A7 Lite has a metal frame for some added ruggedness.

It won’t be the fastest tablet out of this group, but it should have better performance than the Fire HD 8 lineup with the added bonus of access to Google’s app and services. 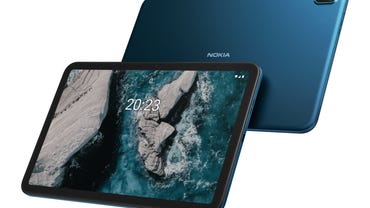 Nokia’s T20 tablet is a recent addition to the Android tablet market. At $250, it’s affordable, and the hardware feels great to hold. The 10.4-inch display is good enough for watching Netflix or online shopping, and the battery life should get you through most of the day.

It comes with Android 11 out of the box, and Nokia is promising three years of monthly security updates and two years of OS updates — meaning it should get Android 12 and Android 13, eventually. There’s a dedicated Google Kids Space that features content specifically for young children, keeping them from accessing your apps while using the tablet.

What’s the difference between a tablet and a Fire tablet?

While a tablet can run any operating system, a Fire tablet runs Amazon’s Fire OS. This means you’ll get compatibility with things like Alexa Skills, Fire TV, and Amazon’s shopping app. The operating system really depends on shopper choice, so pick what you’re most familiar and comfortable with using.

Are tablets good for students?

That really depends on the kind of classwork your students will be doing. Younger children may benefit from using a tablet over a traditional laptop: with intuitive touch controls, it will be easier for them to navigate through menus and apps required to attend virtual classes or turn in assignments. Older students will be doing more intensive coursework, and tablets aren’t best-suited for things like word processing or making spreadsheets.

Art students are the ones who will benefit most from using a tablet for classes, since they can draw, sketch, and digitally paint similar to how they would with physical pen and paper. Plus, there are some amazing art apps out there (ProCreate, Adobe Creative Cloud) to take full advantage of a tablet’s processing power and screen resolution

How much storage do I need in my tablet?

You’ll want at least 8GB of storage, but thankfully, many new tablet models come with much more than that. A base, 9th generation iPad starts at 64GB while the Amazon Fire 10 Plus starts with 32GB. This gives you more than enough storage for apps, photos, and music without making your new tablet sluggish.

How did we choose these specific tablets?

When looking for cheap tablets, we first narrowed down the list by looking at price to the bottom third of the tablet market. That means anything roughly $300 to $350 or less. Once we had a price point, we started reading reviews, and used our own personal experience.

Using the input from all of those factors, we were able to whittle down the list to what you see here. Indeed, there are even cheaper tablets than what’s currently on this list. But when it comes to the low-end, entry-level market for most tech, you get what you pay for. And most of the time, the downfall of cheap tech is its slow performance.

Which of these tablets is right for you?

This is always the hardest question to answer, but I’ll give it a shot: It comes down to what you plan on using the tablet for.

If you’re already heavily invested in Apple’s ecosystem of products and services, the ninth-gen iPad makes the most sense. It also quickly adds up, becoming the most expensive yet cheap laptop on our list.

However, if you prefer Android you should take a look at the P11 Plus or the Galaxy Tab A7. At more than double the price of the A7, the P11 Plus offers a solid experience with a screen that’s hard to match at this level.

Amazon’s Fire tablets are the slowest out of the group, but they’re also very affordable and offer a different experience altogether. These tablets are often what I end up recommending to parents who want to help their kids learn or simply keep them entertained, especially while traveling. 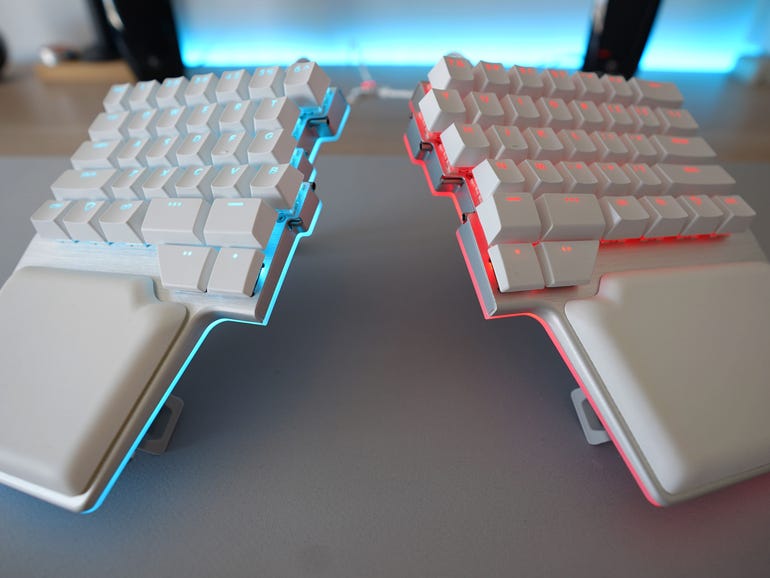 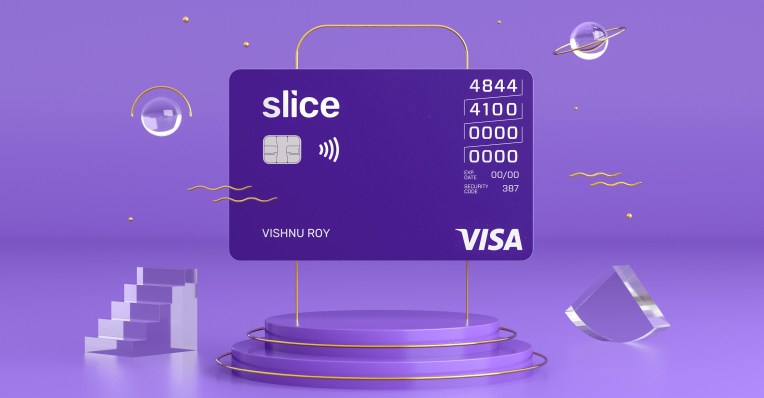 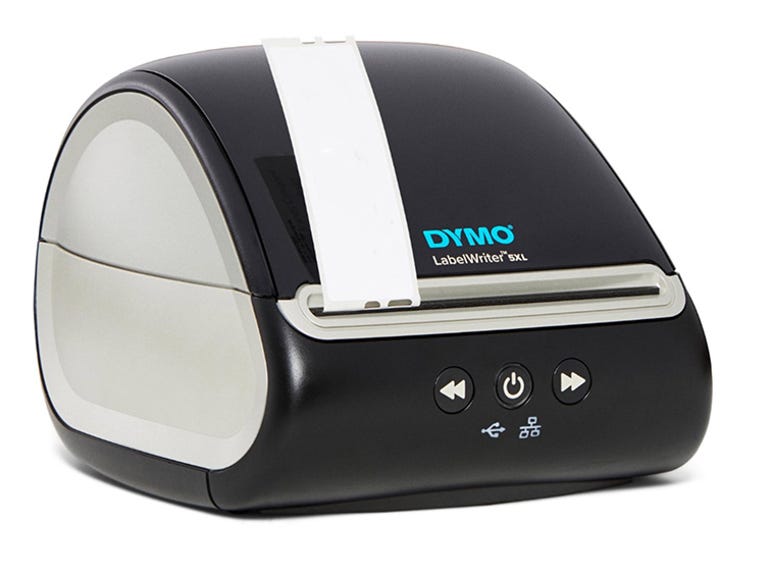 Dymo causes a stir by adding DRM to printer paper