And to think, people had openly declared the FA Cup had lost its magic.

Few eyebrows were raised when the balls were drawn from the hat in last month’s draw, but from Tyneside to Turf Moor, Kidderminster to Boreham Wood via Oakwell, the 2021/22 edition of the FA Cup third round proved to be a memorable one – and it’s not done yet!

This dramatic day ticked every box an FA Cup traditionalist could possibly wish for.

A plethora of homemade, foil-wrapped cardboard trophies on the terraces ahead of kick off? Check. Archetypal cup ties packed with incident, great goals, late goals? Check. Lower-league opposition scything down Premier League giants? check. An utterly ridiculous nine-goal thriller? Err, check. You name it, this round of matches had it.

The only downside was that this thrilling third-round Saturday had to come to an end – after all, all good things do. But with Cambridge United, Kidderminster Harriers, Boreham Wood, Hartlepool and so many more through to round four, this may just be an FA Cup campaign to remember.
Jack Wilkinson

The afternoon began with Newcastle supporters welcoming new signing Kieran Trippier for his debut. It ended with fans trudging away from St James’ Park after a bad upset, well aware their club desperately need plenty more signings this January if they are to stay in the Premier League.

A first FA Cup campaign under their new owners has ended at the first hurdle at the hands of League One Cambridge – and there will be more disappointment to follow in the league if they don’t address their clear weaknesses during this transfer window.

Once again, their leaky defence was cut open all too easily, with Joe Ironside applying the finishing touch to grab an unlikely victory.

But the underdogs had other chances too, with Jack Lankester seeing a strike ruled out for offside, and Harvey Knibbs unfortunate not to be awarded a penalty when he went down under a first-half challenge from Matt Ritchie.

However, Newcastle’s lack of cutting edge at the other end was on display here, too. Without Callum Wilson, there was no target for their crosses into the box and no focal point for their attacks.

Newcastle have failed to win 18 of the 20 Premier League games he’s missed since he joined the club and his calf injury – which could keep him out for a couple of months – surely puts a centre forward high up Eddie Howe’s shopping list.

All of those four goal involvements from Michael Olise have come in a similar fashion, with the 20-year-old delivering real quality with his stronger left foot from the right channel. As with top wingers of the past, knowing what’s coming is one thing; stopping it is another.

And Olise’s rise looks unstoppable right now. He lit up the Championship last season with Reading, and Palace’s £8m deal to bring him to south London looks like a real coup already.

He qualifies for France, Algeria, England and Nigeria on the international stage and you can imagine all four nations will be eager to have him to call upon in the future if he continues on this trajectory. The next steps of his exciting rise will be fascinating to watch in the second half of the campaign…
Peter Smith

Ziyech the answer to James conundrum for Tuchel?

One of the key duties a top-level manager has to face in his job is fixing problems when injuries or loss of form affect the overall output of a team. Thomas Tuchel is having to show his problem-solving skills at Chelsea with influential wing-backs Reece James and Ben Chilwell both nursing injury problems of varying seriousness. James’ torn hamstring could see him ruled out of action for up to two months whilst Chilwell’s knee surgery means he is done for the season.

Like-for-like replacements that possess the same all-round game as those two players are thin on the ground for Tuchel, so he’s had to be flexible in veering away from his trusted 5-3-2 formation that has led Chelsea to such riches in his 12 months in charge.

Against Tottenham in midweek and Chesterfield on Saturday, Tuchel managed to shoehorn Hakim Ziyech into a role as a flexible right-wing back. With the ball, Chelsea are more of a 4-2-3-1 with Ziyech pushing on as the right winger, but they are equally adaptable at moving back to a 5-3-2 without the ball with Ziyech dropping in to support the right-sided centre back.

That was on show against Spurs, where Ziyech put in a man of the match showing as he stuck to his defensive duties in disciplined fashion. He was given another chance to showcase his talents in that position against National League Chesterfield and although the level of opposition meant he wasn’t overly tested going back towards his own goal, it was another promising performance. It was his cross-shot that led to the opening goal from Timo Werner, sending Chelsea on their way to a 5-1 win, and the Moroccan rounded off the scoring himself from the penalty spot.

His tendency to cut in off the right and find team-mates with his defence-splitter of a left-foot is a weapon that has yet to be consistently used since his arrival from Ajax. However, in this role, where he has three forwards to seek out, Chelsea look a greater creative force. Teams will need to find a way to stop him.
Lewis Jones

Palmer ready for the big-time

When you have talent like Phil Foden and Cole Palmer progressing from the youth team into the first team, it perhaps explains why Pep Guardiola rarely gets too worked up about not signing players to beef up his forward line.

Playing on the right of the City attack that yet again featured no out-and-out centre forward, the 19-year-old put in a performance beyond his years in what could have been a tricky environment at the County Ground. He was the most inexperienced City player on the pitch but turned in a man-of-the-match showing.

Palmer’s first influential act came on 14 minutes when dancing past his marker and serving up a tap-in for Bernardo Silva. Always positive and tricky with his play, Palmer was a constant outlet and showed his eye for goal in the second half with two rasping strikes that grazed the crossbar. His moment would come, though, when he whipped a ferocious effort into the far corner to make it 4-1.

“Hopefully he enjoyed it,” Palmer told ITV when asked about what Pep Guardiola would’ve made of his performance.

“I’ve just got to keep working hard. Got to keep going and try and get more minutes and help the team out.”

Make no mistake, Palmer looks ready for a run in the City side. With Riyad Mahrez away with Algeria, Guardiola looks to have a like-for-like replacement to slot in. Would a start against Chelsea next Saturday be too much too soon? Guardiola has that decision to make.
Lewis Jones 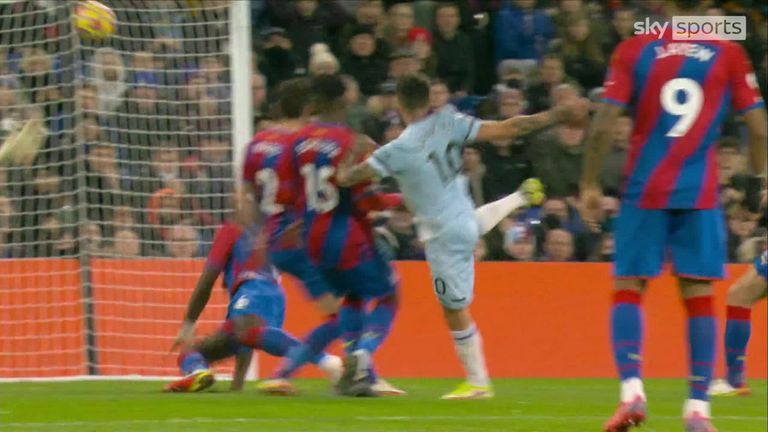 European revenue-based financing is experiencing as much of a boom as it is in the US, with the likes of