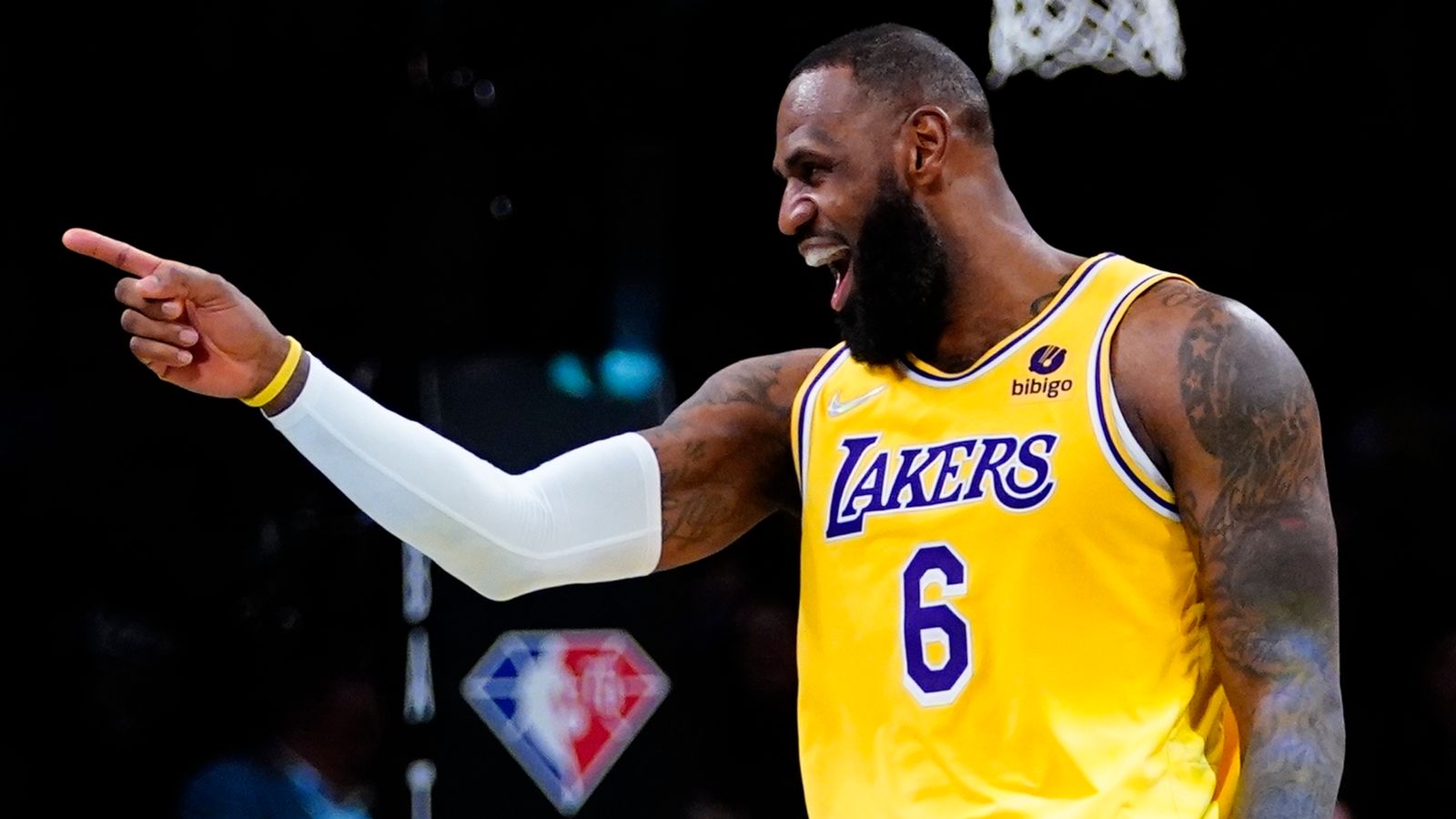 
Rounding up the nine games from Tuesday in Week 15, with LeBron James leading the Los Angles Lakers to victory, the Clippers clinching a stunning comeback, and Joel Embiid on form again.

LeBron James totalled 33 points, seven rebounds and six assists as the Los Angeles Lakers led most of the way and recorded a 106-96 win over the Brooklyn Nets on Tuesday night in New York.

The Lakers led for the final 37:45, improved to 2-1 on their six-game road trip and welcomed Anthony Davis back after the center missed 17 games with a sprained medial collateral ligament in his left knee.

Davis had a dunk on the game’s first possession and finished with eight points in 25 minutes. The Lakers had gone 7-10 without him.

James made 14 of 21 shots and highlighted his league-leading 22nd 30-point showing with consecutive thunderous dunks midway through the fourth.

Luke Kennard converted a four-point play with 1.9 seconds to play as the visiting Los Angeles Clippers overcame a 35-point deficit to post a 116-115 victory over the Washington Wizards on Tuesday.

The result tied the second-largest comeback in NBA history, when the Sacramento Kings escaped a 35-point hole against the Chicago Bulls on December 21, 2009. The record was the Utah Jazz overturning a 36-point deficit to defeat the Denver Nuggets on November 27, 1996.

The Wizards held a 115-109 lead with 11.2 seconds remaining before Kennard halved the deficit with a three-pointer. Washington’s Kyle Kuzma was whistled for a five-second inbound violation, and Kennard a three-pointer while being fouled by Bradley Beal. Kennard sank the ensuing foul shot to give Los Angeles its first lead of the game and the improbable victory. Jayson Tatum and Jaylen Brown combined to score 66 points as the Boston Celtics throttled the visiting Sacramento Kings in a 128-75 victory for their seventh win in 10 games on Tuesday night.

Tatum finished with a game-high 36 points and six assists while Brown put up 30 points and 10 rebounds. Robert Williams III scored 13 and pounded the boards for a game-high 17 rebounds to lead Boston to back-to-back wins.

The Celtics led by as many as 60 points in the blowout victory, but fell short of a franchise-record 56-point victory in a 133-77 rout of Chicago in 2018.

Jonathan Kuminga led a balanced attack with 22 points off the bench Tuesday night as the Golden State Warriors found their offensive form in a 130-92 thrashing of the Dallas Mavericks in San Francisco.

Dallas took more than just its second loss in its last three games, however. Key reserve Tim Hardaway Jr broke a bone in his left foot on a drive to the hoop midway through the second quarter.

The Warriors led 40-35 at the time, having overcome a 9-2 deficit with a 27-11 run to end the first quarter, then expanded the margin as Klay Thompson nailed consecutive three-pointers.

After struggling to a pair of two-point victories over the Houston Rockets and Utah Jazz in their last two home starts, the Warriors took a 63-51 lead at halftime on Tuesday and gradually pulled away, eventually leading by as many as 39 in the fourth period. Tobias Harris added 33 points and 11 rebounds and Furkan Korkmaz contributed 13 points for the Sixers. Tyrese Maxey chipped in with 10.

Nickeil Alexander-Walker led the Pelicans with 31 points, Willy Hernangomez added a career-high 29 points to go along with 10 rebounds and Jaxson Hayes had 15 points. Herb Jones also added 12, but the Pelicans had their two-game winning streak snapped.

Anthony Edwards scored 40 points and D’Angelo Russell was credited with the decisive basket with 2.9 seconds left as the visiting Minnesota Timberwolves rallied for a 109-107 win over the Portland Trail Blazers on Tuesday.

Portland’s Anfernee Simons was called for goaltending on Russell’s layup after CJ McCollum’s three-pointer tied the game at 107 with 10.5 seconds left.

Minnesota escaped with its eighth win in its last 11 games after Simons missed a three-point attempt at the buzzer.

Russell scored 22 points while Karl-Anthony Towns tallied 17 points and 17 rebounds for Minnesota, which trailed by 13 points early in the third quarter. 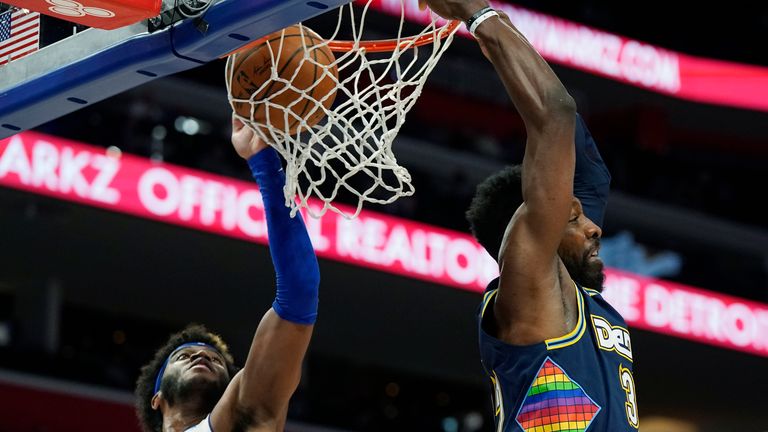 Nikola Jokic accounted for 28 points, 21 rebounds and nine assists and the visiting Denver Nuggets defeated the Detroit Pistons for the second time in three nights, 110-105, on Tuesday.

Rookie Cade Cunningham carried the Pistons with a season-high 34 points, eight rebounds and eight assists. He added a season-high four blocks as well. Pascal Siakam recorded 24 points and nine rebounds and matched a career best with 12 assists as the Toronto Raptors defeated the visiting Charlotte Hornets 125-113 on Tuesday night.

Gary Trent Jr scored 14 of his season-best 32 points in the third quarter for the Raptors, who won for just the third time in the past eight games. OG Anunoby added 24 points, Chris Boucher 12, Malachi Flynn 11 and Dalano Banton 10.

LaMelo Ball scored 25 points for the Hornets, who lost their second straight after winning three in a row. Miles Bridges added 22 points, James Bouknight had 18 and Terry Rozier and Mason Plumlee each had 12. 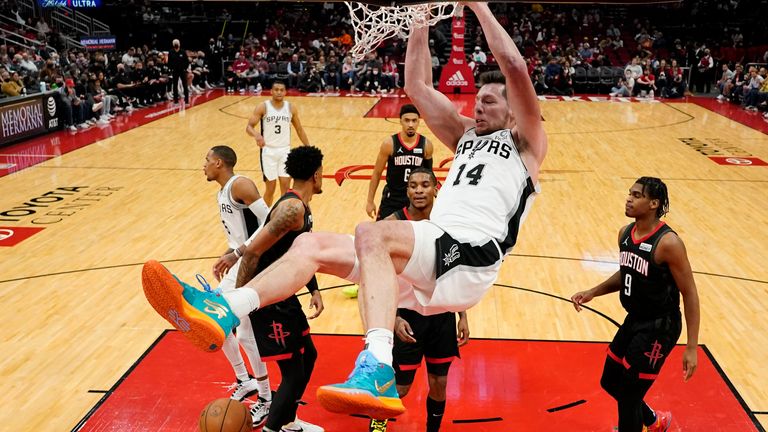 Dejounte Murray recorded a double-double, Jakob Poeltl finished a rebound shy of his fifth double-double in six games and Keldon Johnson added 16 points as the San Antonio Spurs rolled to a 134-104 victory over the host Houston Rockets on Tuesday.

Murray paired 19 points with 10 assists while Poeltl chipped in 18 points and nine boards. That tandem combined to shoot 17 of 28 to spearhead a breathtaking offense; San Antonio shot 57.4 percent while recording 38 assists on 58 field goals.

Doug McDermott scored 15 points while Drew Eubanks posted 13 points and nine rebounds off the bench for the Spurs, who seized control with a 21-4 blitz that concluded the first quarter. 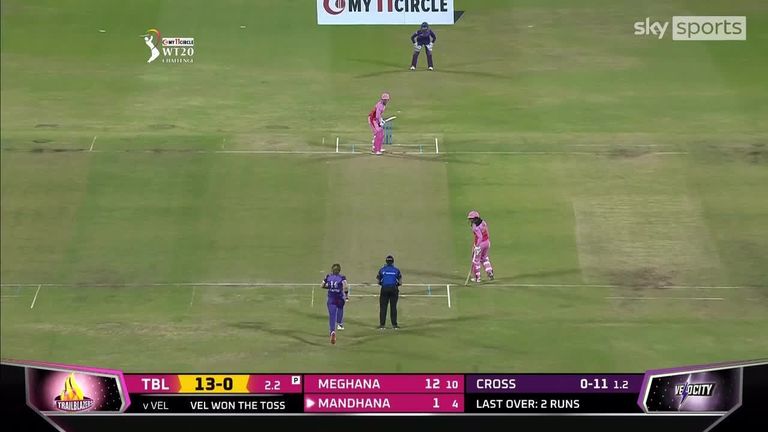