The Premier League returns with an exciting set of matches this weekend and our tipster Jones Knows has got you covered for insights, predictions and betting angles.

An unorthodox derby? Yes. But a very watchable one involving two teams that like to play progressive, attacking football.

Brighton’s exemplary defensive record in terms of expected goals against, added to Palace’s inability to pick up results on the road, means I’m happy to side with the home team to win a tight encounter. Patrick Vieira’s team only have one win from their nine away days this season and that, amazingly, came at Manchester City – a result that remains City’s only home defeat of the season.

I’ve gone fishing elsewhere than the traditional markets for a betting angle. Should the tallest player in the Premier League, who scored a header in his last Premier League game, really be 28/1 to score another header? Well, that’s the reality of the odds on Dan Burn’s chances of scoring one against Palace, who have conceded 11 goals from set pieces this season (excluding penalties) – only Leicester (12) have conceded more.

Burn has started the last five games for Graham Potter at centre-back and his obvious aerial threat is a weapon for Brighton to utilise in a game where they should gain plenty of set-piece situations. Burn strides into the match not only with a goal to his name in his last Premier League appearance, but also having won 14 aerial duels in the FA Cup clash with West Brom at the weekend. No player has won more in a single game across the Premier League and FA Cup this season.

This should be a captivating encounter, albeit a low scoring one, if my maths and equations are correct.

Manchester City are roaring away towards the Premier League title, winning their last 11 league matches and scoring 33 goals in the process. Odds of 4/6 with Sky Bet for a home win is likely to tempt many in. Not me though.

Chelsea have proven that their winter wobble was just that, a wobble.

Since the 40th minute of their 2-2 draw with Liverpool, Thomas Tuchel has got his team functioning like a well-oiled machine again. Tuchel had got the better of Man City on the last three occasions before the 1-0 defeat at Stamford Bridge earlier this season. In the four meetings between Pep Guardiola’s City and Tuchel’s Chelsea only six goals have been scored. Low-scoring matches are a common denominator when it comes to Tuchel and important football matches.

In 19 such fixtures (Champions League knockouts, cup semi-finals and finals and top-four clashes in the Premier League) the average total match goals stands at just 1.6 goals with only two of those 19 going over the 2.5 goals line.

And despite City’s excellent overall goalscoring record, my brain is quick to remind me that in their last two Premier League matches, their attacking process has looked quite rusty. Against Brentford (1.04) and Arsenal (1.15) they posted their third and fourth lowest non-penalty expected goals figures of the season and were very fortunate to steal three points off the Gunners. That nagging doubt about their chance creation ability against a tight defence like Chelsea’s only adds fuel to a goal-shy encounter.

Therefore, I was surprised to see the under 2.5 goals trading at Evens with Sky Bet.

Leicester’s attack is purring, and I want to jump aboard them for this trip to Turf Moor at 7/5 with Sky Bet.

The Foxes have scored 27 goals in their last 11 games across all competitions – and that run has included fixtures against Manchester City, Liverpool and Chelsea. Meanwhile, they have scored two or more goals in 50 per cent of their Premier League games this season, and if they meet that required goal average in this fixture then it’s hard to see Burnley getting anything from the match. They haven’t managed to score two goals in a game in any of their last six fixtures and have the hangover of losing Chris Wood to Newcastle to deal with – along with Maxwell Cornet being at the Africa Cup of Nations.

Few players are in better form right now than James Maddison, and his chances of scoring are worth adding into the away win bet. Playing in his favoured role off the front, he has scored in four of his last five appearances.

BETTING ANGLE: James Maddison to score in a Leicester win (9/2 with Sky Bet)

Just look at Watford’s next three fixtures: Newcastle (a), Burnley (a) and Norwich (h), all within a seven-day period, starting with this trip to St James’ Park where, strangely, the mood remains high in the stands despite just one win in 19 Premier League games this season and a cup exit at the hands of Cambridge. The home fans will also be buoyed by the signal of intent from the owners to add quality to the ranks. In a game where the margins will be tight and anxiety levels high, a vocal and supportive home crowd like St James’ Park is a big advantage when forming an opinion on the game.

Without any confidence on my part, I’ll side with Newcastle on that basis but all three match outcomes are easily argued in a very tight affair to call.

Claudio Ranieri’s team currently sit outside the relegation zone on 13 points but that could be a different story at the end of this gigantic week. They have lost their last seven matches across all competitions and remain without a clean sheet this season. Since November 20, these two teams have averaged between them a whopping 2.33 goals conceded per 90 minutes, so if you fancy one of the match result outcomes, sticking the both teams to score into your bet looks a smart play.

BETTING ANGLE: Newcastle to win and both teams to score (11/4 with Sky Bet)

Another Norwich game, another win to nil on their opponents copped the return vs West Ham. I had mistimed my jump off that particular train as I put my faith in Dean Smith’s side to at least score at West Ham – something their expected goals data pointed too – but if anything, Norwich turned in their worst attacking performance under Smith. That is a huge worry as Teemu Pukki and Milot Rashica were both fit to start. The excuses are running out. It’s now over 551 minutes since the Canaries scored in the Premier League.

However, if the season started on October 2, they wouldn’t be bottom. Everton would.

Rafa Benitez’s team have won only one of their last 12 Premier League games, taking six points from 36. This is a situation where I don’t want to back either team to win, so the draw has to be the play at 12/5 with Sky Bet.

I know which team I’d rather pay to watch, but that isn’t what you’re asking of me here, is it? Wolves have the toughest chin in the Premier League but it’s hard to get excited about analysing or watching their games. Just five goals have been scored in their last eight Premier League fixtures. Southampton scored four in one game in midweek but aren’t known for their trustworthy finishing when assessing the long-term numbers. I’ll edge towards a narrow home win.

I want to back the visitors to be smart enough to get into some dangerous positions up against the Wolves low block though. I was tempted by their shots prices with 12 or more available at 5/4 but I’ve gone back to an old friend that has served me well this season. The Southampton corners bet.

Southampton have won the fifth most corners in the Premier League this season (114), racking up a tally that reads 2, 6. 8, 7, 7 from their last five fixtures away from home as the attack-minded nature of their full-backs means plenty of opportunities for corners being won down the channels.

Sky Bet’s line for them to win five or more at Evens certainly has a strong chance of landing.

I had to check the prices three times to make sure there wasn’t an error. Yes, Manchester United really are favourites to win this football match.

Purely looking at their results under Ralf Rangnick would make their tag as 6/5 jollies with Sky Bet look respectable. But for those trying to get ahead of the markets where possible, performance levels and key metrics are much more reliable to gauge a team’s overall form-line. And it doesn’t take an analytical genius to conclude that Manchester United are struggling in almost every department of their game under the new boss. All you need is a pair of eyes.

Quite how Aston Villa were dumped out of the FA Cup at Old Trafford was a bit of a mystery. But revenge looks set to be on the cards at Villa Park. The draw no bet angle at 5/4 on Steven Gerrard’s side rates a confident wager.

Of course, at some point such is the talent of the individuals within the United squad, their performance levels are going to rocket and make a prediction of this nature look very stupid. But on what we’ve seen from this wildly inconsistent and frustrating set of players against the likes of Norwich, Newcastle and Burnley over the past few weeks, they simply have to be taken on. 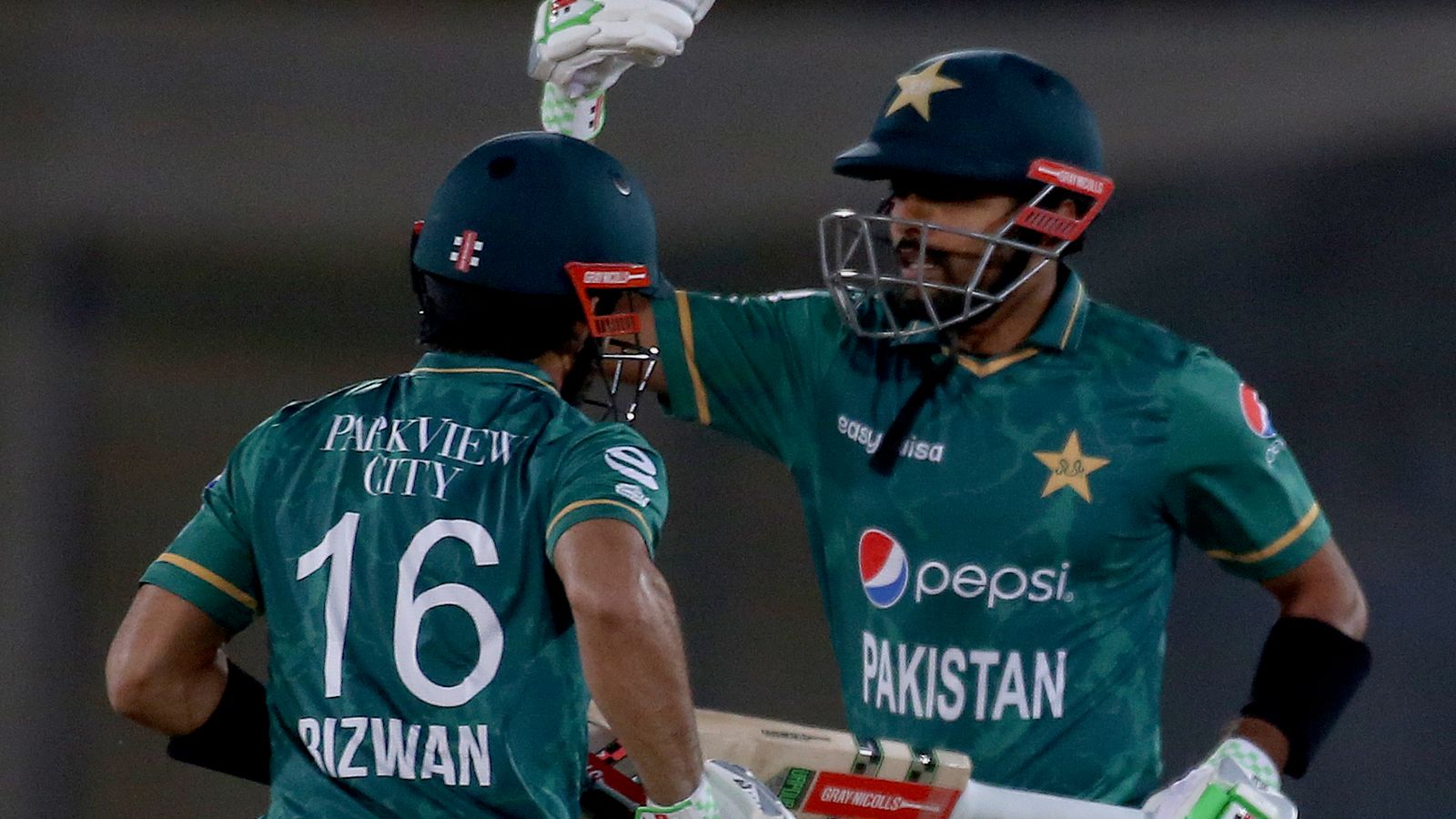 Holding saffron flags and placards, about 7,000 people call for the death penalty for the two Muslims accused of beheading