Seoul, South Korea – When Park June-soo, 38, last year cancelled a long-awaited trip to the United Kingdom due to the pandemic, he decided to invest his travel budget in the stock market instead.

It was the first-time Park, an art fair manager in Seoul, had ever bought stocks.

Although no stranger to the idea of investing in the stock market, he had doubts about risking his hard-earned money.

“Stocks didn’t strike me as a reliable way of investing,” Park told Al Jazeera. “When I was young, my mother would spend hours in front of a computer to trade stocks but with little in return.”

South Koreans have historically invested little in financial assets such as stocks, with the lion’s share of the average household’s portfolio taken up by real estate. 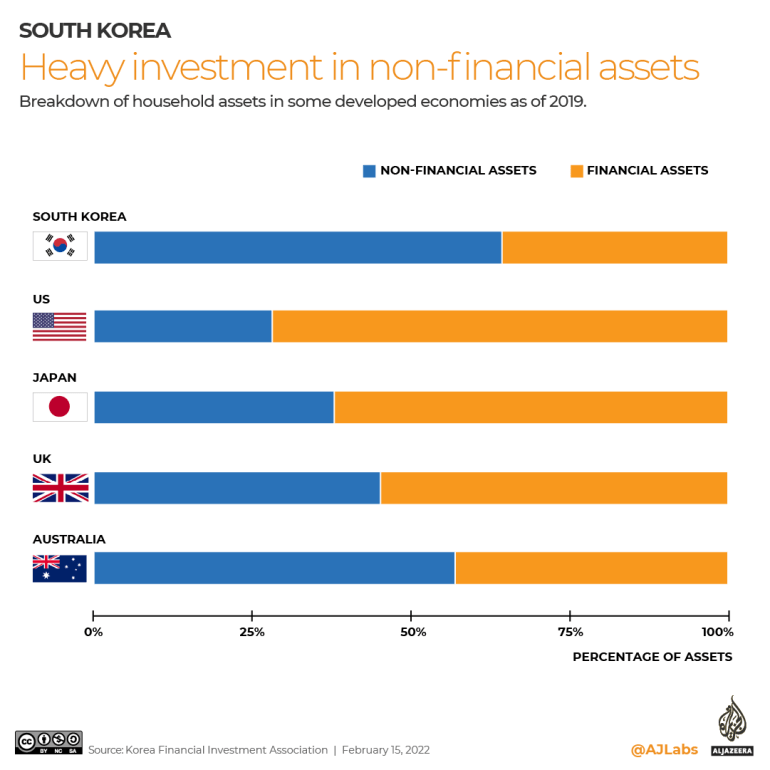 However, the South Korean stock market enjoyed an annus mirabilis in 2021. The benchmark KOSPI hit the 3,000 milestone for the first time in its history in January of that year.

Retail investors, including Park, rushed in.

According to the official statistics, the number of shareholders of listed companies in Korea almost doubled last year.

The Korea Financial Investment Association has noted a similar trend in the number of active stock trade accounts, which exceeded the South Korean population last year. 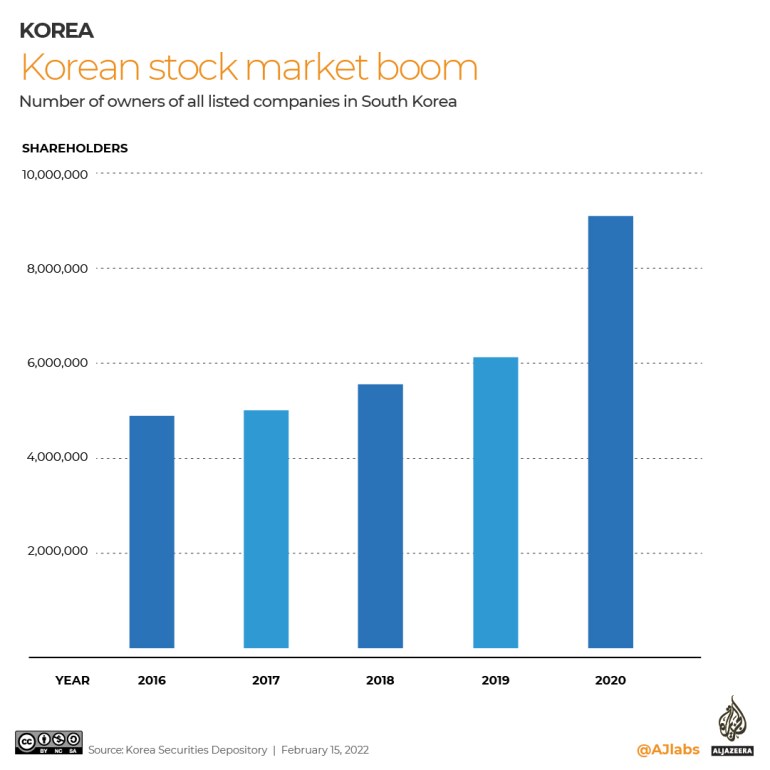 For Park, his friends’ success was the key factor that quelled his doubts.

“I saw that many around me made a lot from the stock market,” he said. “So I began by asking for their recommendations.”

While low interest rates globally have been a major driver of the stock boom, analysts say several local factors have fuelled interest in the South Korean market.

“And the widespread use of social media also contributed. As one famous Korean saying goes, ‘The most unacceptable thing in the stock market is to see my stupid neighbour boasting of his success.’”

Some activists hope the boom will be a catalyst for reform in the market, which has long suffered from what investors call the “Korea discount”.

Despite South Korean companies’ robust performance, their stocks are valued low relative to their foreign competitors. The South Korean market last month traded at a price-to-book ratio of 1.17, according to investment research firm MSCI, compared with 1.84 and 2.99 for its emerging market and world indexes, respectively.

The historical undervaluation is often attributed to weak corporate governance, a remnant of the family-run chaebol system epitomised by corporate titans such as Samsung and Hyundai.

Kevin Kim, president of the Korean Corporate Governance Forum, told Al Jazeera market oversight has been too lax to prevent majority shareholders from working against the interests of minority shareholders.

“South Korean companies’ capital return to shareholders has been meagre, because there are many things companies are allowed to do with internal reserves only for the benefit of majority shareholders,” Kim said.

Kim pointed to the public listing of LG Energy Solution as one recent example of the problem.

Spun out of LG Chem last month, the battery maker became the country’s second most valuable company right after the listing.

While many LG Chem shareholders were offered no stocks and suffered massive losses as the parent company lost its most valuable division, LG Chem’s majority shareholders were able to raise capital without losing control of the spinout. 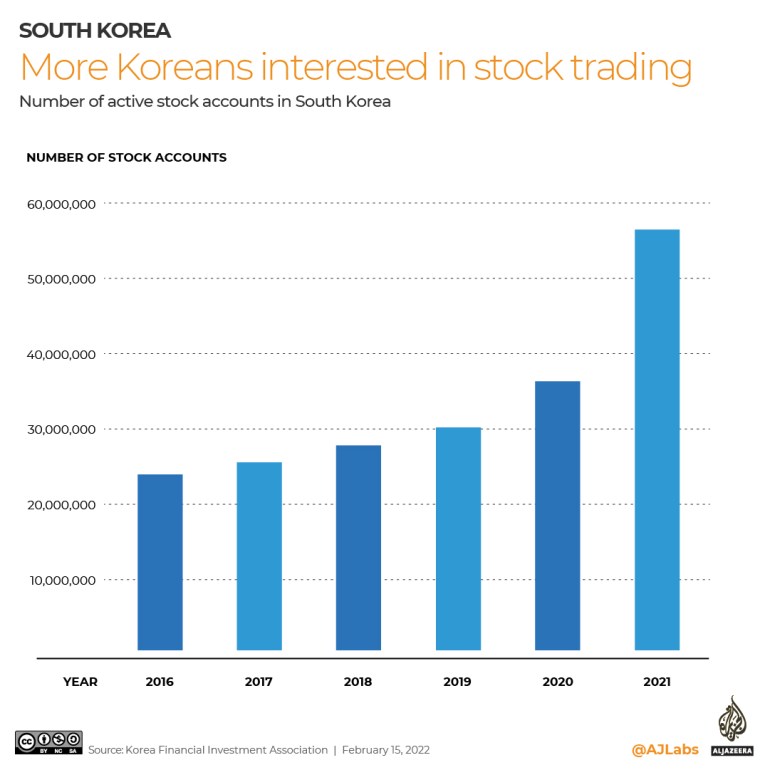 While analysts say the government has been slow to consider reforms, the growing number of voters with a stake in the market has increased political momentum for change.

Ahead of South Korea’s presidential election on March 9, all four major candidates have pledged to increase protections for minority shareholders.

Some candidates are also promising to cut taxes for investors.

Yoon Suk-yeol, the candidate for the conservative People Power Party, has promised to ditch the government’s plan to widen the scope of capital gains taxes in stock trading, while left-leaning ruling party candidate Lee Jae-myung has floated a tax break for long-term investment.

“In the old days, the government cared little about whether investors lost or not,” Hong said. “But now a significant number of the economically active population is involved in the stock market.

“This all could affect the polls. It is encouraging, we believe, that both the ruling party and the opposition are now reviewing the unfair practices in the stock market.”