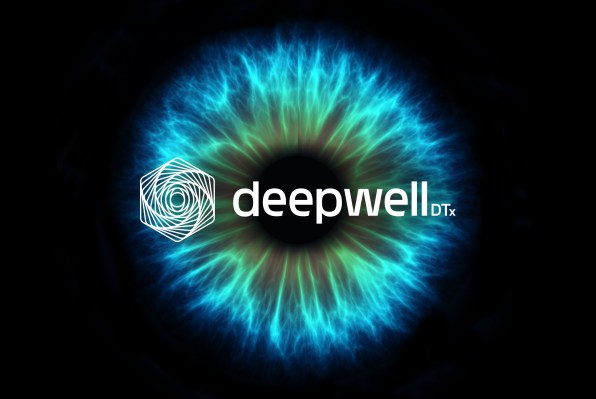 
Media and games helped many of us maintain our mental health during the last couple years of dread, but it isn’t just pure escapism: studies suggest games in particular provide unique therapeutic benefits. DeepWell is a new startup from games and medical industry veterans that aims to study and formalize these effects, so in addition to medication and therapy, you might be prescribed a nightly Stardew Valley session.

For some, the notion of using games as therapeutic techniques may seem slightly outlandish. Can fighting monsters and poring over character stats really affect your mental health? But for others, myself included, it’s obvious — after all, many of us quite consciously turned to games as ways to keep ourselves grounded when all that awaited us out of doors was disease and dread. An hour or two of minding the farm, blasting hellspawn, or questing with friends was an important part of our self-care routine.

Studies bear this out in various ways: playing a game can offer simple distraction, sure, but it also allows for more complex behaviors to be tested out or experienced in a safe and controlled manner. There just isn’t an organized way to track and understand these benefits in a way that might be accessible as a form of actual health care. That’s what DeepWell is meant to be.

I talked with Mike Wilson, co-founder of indie publisher powerhouse Devolver Games, and Ryan Douglas, who has studied and shipped numerous medical devices, about this endeavor of theirs. Wilson said he was (after attempting to retire) trying to figure out how his network and expertise in the gaming industry could be directed towards making things better.

“That’s how the talk started, about digital interventions that might assist someone… just, how do we help people? Ryan started doing some real research, and the research kept coming back that games — not like apps or therapeutic experiments, just games — can be therapeutic,” he told TechCrunch. ” When we realized that so many games that are already out, and have been studied, are therapeutic on their own just by the very nature of their design, that’s when it got real.”

Douglas was quick to point out that no one is suggesting that games are going to cure someone’s depression or anxiety.

“We’re definitely adjunctive therapy — we’re here to support the therapists,” he said. “But we were in a mental health emergency before the pandemic,” when something like 12 percent of people self-reported mental health issues. The number is now closer to 44 percent, he said, and not likely to go back down any time soon. Not only are there not enough therapists, but many people can’t afford the cost. Alternative and preventive therapies are crucial if we’re to mitigate the crisis and avoid a new one. For that to happen we need to consider all possible avenues — and gaming, as one of the most popular forms of leisure, should be a part of that.

“There are some principles of therapy that are just really well done in games,” continued Douglas. “Like roleplay — gaming is wildly successful at that. Movement, biofeedback, simulation, recognition. You could gain agency or self actualization, or maybe just distraction — the overlap between CBT [cognitive behavioral therapy] and gaming is profound. We have the opportunity to take advantage of what games have already been doing, the way you make new thought pathways, and make those your preferred pathways.”

In other words, what if therapy was as fun as Fortnite? As Wilson and Douglas began to look into this more seriously, they found the idea resonated with many people in both the gaming and medical industries. Already dozens of people in both have volunteered their time. “Devin, the lawyers have been working for free. That’s how I knew we were onto something,” said Wilson. 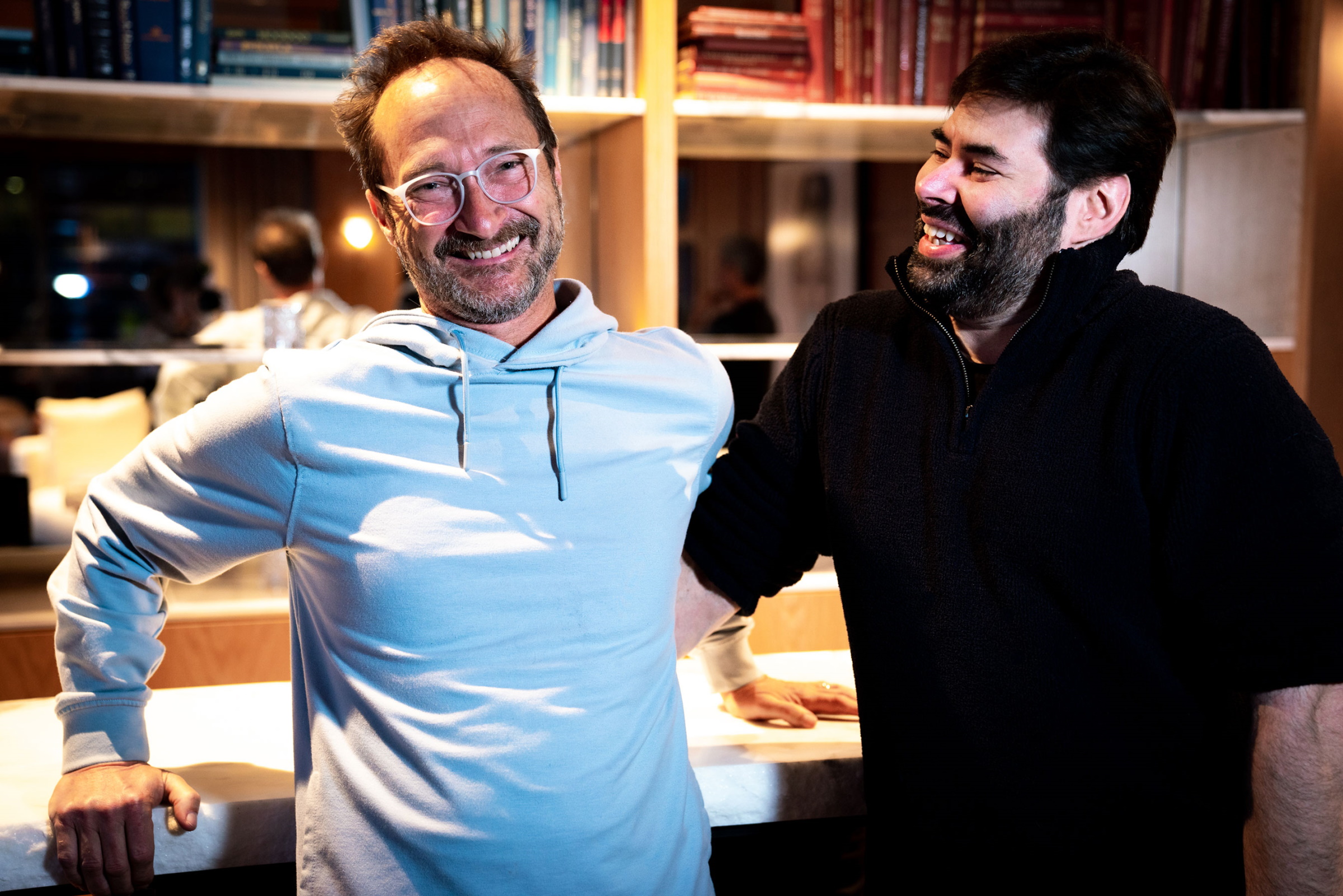 The self-funded and still early stage DeepWell will act in two roles: as a certification and recommendation body, and as a game publisher itself.

In the first role, it hopes to work with other developers and publishers to formalize the studies and effects from their games. For example, if a game like Animal Crossing were to be shown to help people with social anxiety or agoraphobia, that information shouldn’t be buried in a journal article — but it also wouldn’t really be Nintendo’s role to make that claim. Instead, DeepWell would vet and organize the information, offering a certification documenting the process.

“We’ve had to be careful about this, and quiet, because this is a bigger and more complex deal than a typical entertainment company — there’s a lot more to consider here both ethically and legally,” said Wilson.

Exactly what the certification would be is still being worked out; it depends on how regulators want to define this, what therapeutic effect is achieved, and so on. The goal would be to have certification help effective games be classified as medical devices. There’s already plenty of software out there used for treating various conditions, but these titles or digital experiences tend to be purpose-built for therapeutic use rather than the effect being secondary to the entertainment value.

Douglas said that the research quickly showed that many games already have therapeutic effects, but that software designed to have the same effect tends to lack game-like qualities that make people want to engage with them. “These need to be great games first, and lean enough that we can actually sell them as video games.” he said.

The second role is where DeepWell aims to bridge that gap. Like Devolver, they’ll work with independent game studios, but instead of trying to find the next big indie hit, they’ll look for games that produce the kind of effect they’re looking for. Though the company’s first game is too early in development to discuss in detail, Wilson said that the idea is to identify what’s therapeutic about ordinary games and double down on that without compromising playability.

“As designers, we know how to get the attention, we know how to hold the attention; and where we’re headed is, we’ll be able to turn what was what we would call a sustained experience into sustained therapy,” said Lorne Lanning, creator of the Oddworld series and one of many creators who have signed on as advisors and collaborators.

And that doesn’t necessarily mean “sunshine and rainbows,” added Douglas. “It might be someplace darker, but where you can feel agency. There’s no reason you can’t use a shooter, or horror, because that’s what people might connect to.”

Just as some people seek fluffy rom-coms to escape their stress, while others pick gritty crime dramas, the content needs to be specific to the consumer — or patient, in this case.

In a way DeepWell seems to be set to intensify and capitalize on a trend that’s existed for a long time but has never gained mainstream acceptance. Games are far more often demonized in media as violent, addictive, time-wasters than allowed to be an ordinary and potentially beneficial hobby, like knitting or a book club. Wilson and Douglas hope that DeepWell will be part of a new wave of understanding of the power of media in our lives.

“It’s not just about our company and what we do, but how we interact with media in general,” Wilson said. “Games are just the most engaging because you have to focus on them, and you get out of the story in your head. The tools we’re building are all in the service of the magic that these creators are already tuned into.” 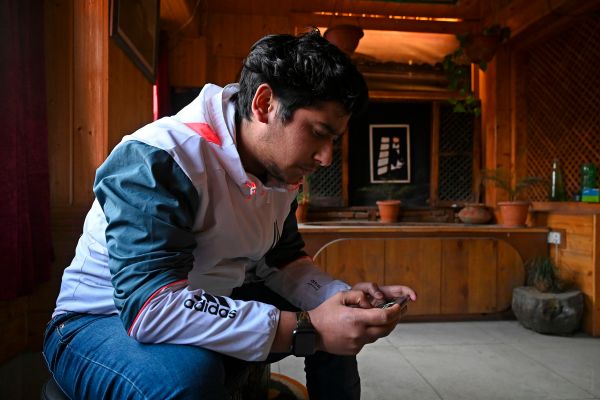