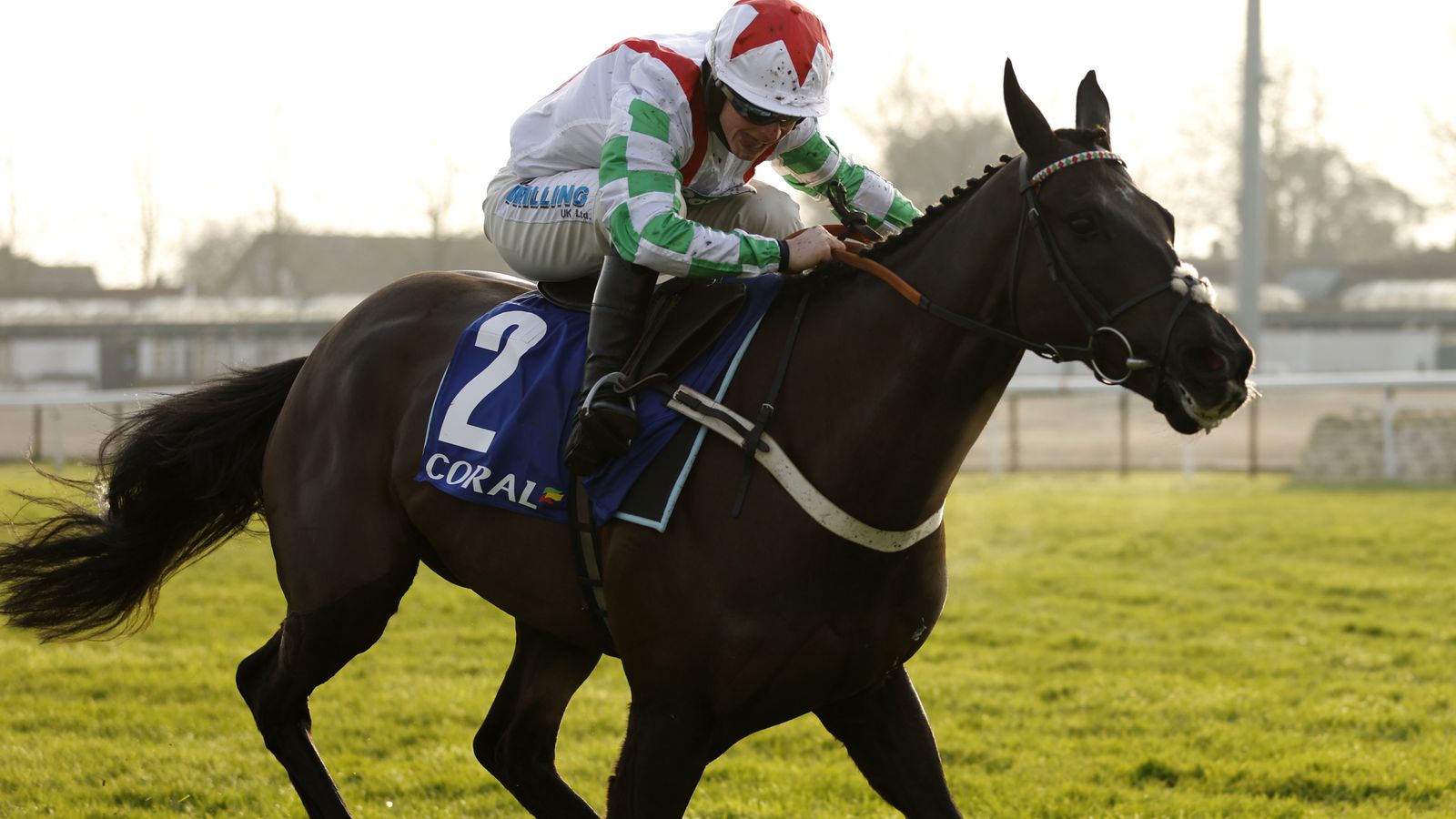 Nicky Henderson’s Mister Fisher will seek redemption when he runs in the bet365 Oaksey Chase at Sandown on Saturday.

The eight-year-old was beaten just a neck in the race last year by Frodon and this season has not quite gone to plan, barring a win at Kempton over Christmas, with a bad mistake last time out at Aintree seeing him pulled up not long after.

“He deserves to win it after last year’s run in the race and I think he’ll have a great chance,” Henderson said.

“He was bowling along merrily at Aintree when he made an absolute howler halfway down the back straight and unfortunately that was the end of the game.

“He’s in good form, he schooled Thursday morning and was great.”

Frodon’s trainer Paul Nicholls takes him on again, this time with Saint Calvados – a horse who was also last seen in the Marsh Chase where he finished fifth.

“Things haven’t gone his way this season since he ran so well in the King George at Kempton on Boxing Day (third) before tiring late on,” Nicholls told Betfair.

“There was a bit more promise last time at Aintree and this trip looks ideal for him.

“Although all his winning has been achieved in testing conditions, I’m sure he appreciates drier ground these days.”

Nick Kent’s Erne River is looking to put an Aintree fall behind him as he steps out of novice company for the first time having made good progress before that mishap.

“He came out of Aintree, thankfully, really well. We had him checked over by the physio and the vet and we’ve been really pleased with him at home,” he said.

“Sandown was never on the radar, but as he’s OK we’ve been looking for options and it looks the right sort of race for him.”

Kent will be cautious regarding the ground at Sandown, which is currently good, good to firm in places, and also expects to learn more about the horse’s effectiveness when running right-handed.

“I will walk the ground on the day, just to make sure it’s safe for him, because that is a concern, the forecast has no rain at all,” he said.

“The other thing is we’ve never run him right-handed before, he always tends to jump left but until we try him over a right-handed track, we just won’t know what he’ll do.”

The final member of the field of four is Ann Hamilton’s veteran gelding Nuts Well, a Listed winner this term when taking the Premier Chase at Kelso in the silks of the trainer’s husband Ian.

Nicholls has won the Grade Two bet365 Select Hurdle twice in the past and is responsible for half of the four-runner field as he looks for further success on the final day of the season.

At first glance McFabulous would look Nicholls’ trump card in the race, but it is actually stablemate Scaramanga, a winner in handicap company at this meeting 12 months ago, that is the highest rated horse in the contest on official figures.

“Harry (Cobden) chose to ride Scaramanga on the basis that he is fresh and well at home after a winter break and has a fair chance at the weights. He is a tough, dual-purpose horse who gained a deserved first success on the Flat at Newbury last summer,” explained Nicholls.

“He is rated 150 over hurdles now, avoids any penalties, is going nicely at home and won the staying handicap on this card a year ago. We’ve kept him for a spring campaign because he can’t handle soft ground.”

Lorcan Williams partnered McFabulous to finish a respectable third in the Aintree Hurdle last time out and gets to retain the partnership.

“He comes here off the back of a decent run at Liverpool, where he kept on to finish third. While McFabulous is in slightly calmer waters now, he does have to carry a 6lb penalty and he will be going chasing next season,” added the Ditcheat handler.

Henderson’s Fusil Raffles started his season by chasing home Bravemansgame at Newton Abbot in October and subsequently won the Charlie Hall Chase, as well as running with credit in a pair of competitive handicaps.

“We rather liked the idea of switching back to hurdles with him for this race. He’s had a good season doing what he usually does, he’s a lovely consistent horse,” said Henderson.

“We just thought he might like a nice run over hurdles to finish off. He’ll be back over fences next year definitely.”

The quartet of runners is completed by Paul Webber’s stable star Indefatigable, who was in the process of running a huge race when falling heavily two out in the Mares’ Hurdle at the Cheltenham Festival.

The nine-year-old was beaten only half a length when second in this race in 2021 and won the West Yorkshire Hurdle at Wetherby in October.

“She had a good schooling session last Friday with Rex Dingle and Yogi Breisner and she seemed to show no fears or nasty memories of Cheltenham. She’s been in very good form and we’re looking forward to Saturday,” said Webber.

“It’s always difficult at this time of year as horses that have gone over the top don’t seem to show it until they run rather than work flat, but she always comes to life in the spring and I just hope she’s still in really good order.

“She ran very well in the race last year and I would hope she’ll perform with distinction again this time.