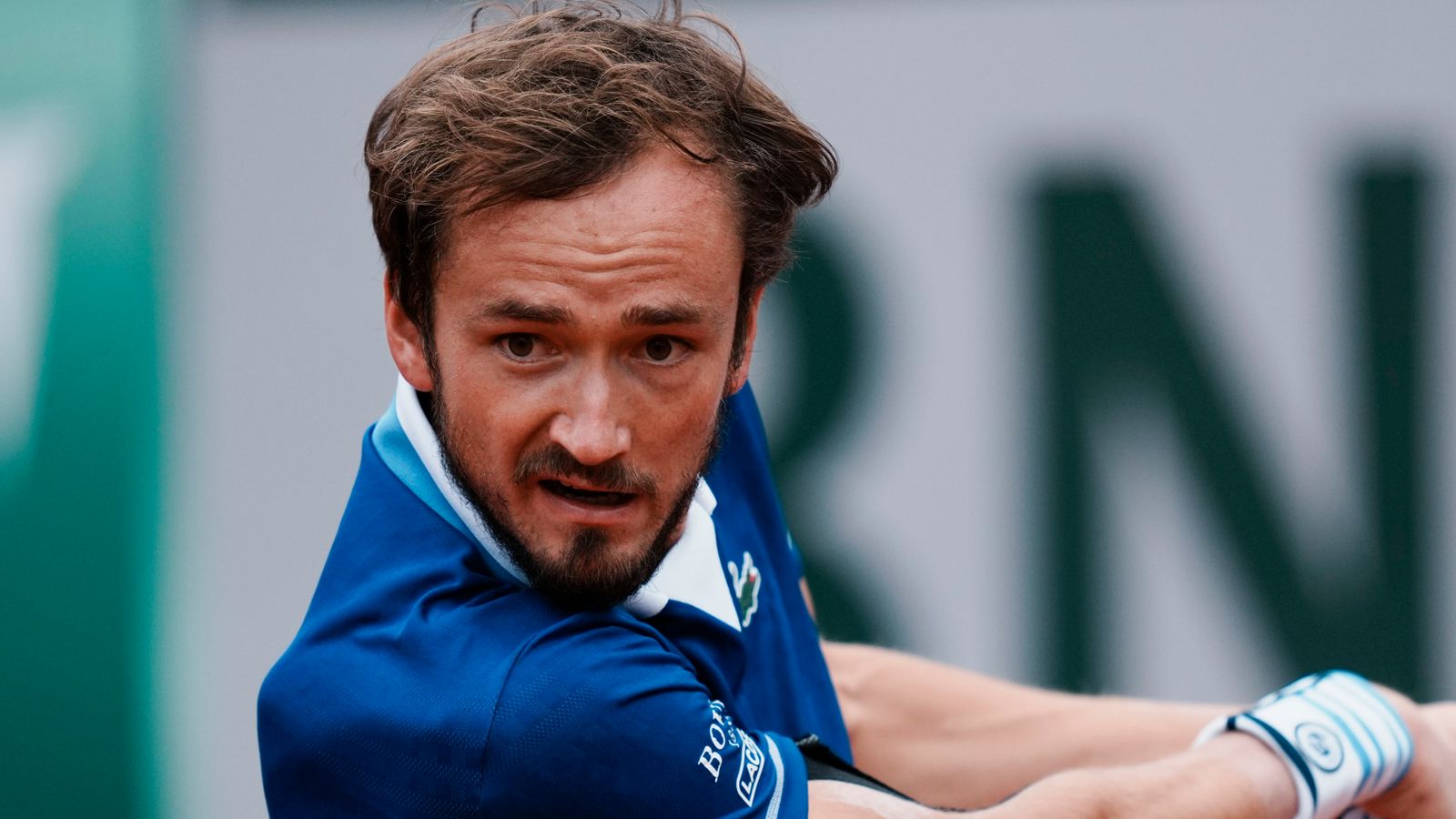 
Daniil Medvedev makes light work of Serbian Miomir Kecmanovic to reach the second week of this year’s French Open; he is joined in the next round by fellow Russian Andrey Rublev and 11th seed Jannik Sinner

Second seed Daniil Medvedev raced into the fourth round of the French Open thanks to a comfortable straight-sets win against Serbian Miomir Kecmanovic.

The Russian won in clinical style 6-2 6-4 6-2 in under two hours as he aims to win the second Grand Slam title of his career.

He will play Marin Cilic or Gilles Simon for a place in the quarter-finals on Monday.

Rublev will take on 11th seed Jannik Sinner in the next round after the Italian saved 11 set points in a gruelling 90-minute second set to clinch a 6-3 7-6 (8-6) 6-3 victory over American Mackenzie McDonald.

“Both of us were not feeling well on court but very happy to be through,” Sinner said.

“I don’t feel 100 per cent that’s for sure,” added Sinner, who played with his left knee strapped. “I don’t want to talk about it. But I served well, and I broke him early in the third set.”

Young pretender Carlos Alcaraz insists he is ready to break the stranglehold of Rafael Nadal and Novak Djokovic at the French Open.

The last six Roland Garros titles have gone to the gilded duo with Djokovic the defending champion and Nadal, a 13-time winner, the undisputed king of clay.

But 19-year-old Alcaraz is seen as the heir apparent and many are even tipping him to dethrone the big two at this year’s tournament.

Djokovic and Nadal are seeded to meet in a blockbuster quarter-final with Alcaraz, the sixth seed, on course to meet the winner in the semis.

Alcaraz beat both Djokovic and Nadal, as well as world No 3 Alexander Zverev, on his way to the Madrid title earlier this month.

“It’s different to play against them (here),” added the young Spaniard. “I mean in the Masters 1,000 or another tournament it’s best of three rather than in a Grand Slam, but I would say I’m ready.”

Alcaraz takes on Russian 21st seed Karen Khachanov, who beat Britain’s Cameron Norrie on Friday night, in the fourth round.

“Well, I just practiced with him just once, but I watched other matches from him, so I know that it’s going to be a tough match,” he said.

“But at the same time as well as he’s a tough opponent, I like those matches.” NBA news wire: Latest stories, updates and gossip from around the league