Ahead of a much-anticipated British GP, Sky Sports F1 commentator David Croft assesses the big talking points, offers his predictions, and explains why he has high hopes of a Mercedes resurgence at Silverstone…

Can anyone stop Verstappen at Silverstone?

Max Verstappen has been in ominous form as he looks to defend his F1 title this season, winning six of nine races – while his Red Bull team have claimed six in a row. Are they favourites this weekend?

“Ferrari were stopping Max at the start of the season and have been in positions recently to stop Max Verstappen, but their reliability has let them down,” says Crofty.

“Charles Leclerc is probably driving as well as Max at the moment, but he’s retired from the lead twice through no fault of his own, and he had to start from the back at Canada – where he finished fifth. I thought that was a very strong drive from him, given he didn’t quite have the straight-line speed.

“What Max has done very well is make the most of the opportunities that have come his way. He’s driving extremely well and you can’t fault him. He’s retired twice himself, and those weren’t his fault either.

“I do think they’re fairly even, Max and Charles. I don’t think one or the other is driving that much better than the other. They’re the two form horses for this weekend, no doubt.”

Expectations are higher at Mercedes this weekend, with the team bringing upgrades to their car and optimistic of the Silverstone circuit suiting them more than the recent street tracks. Can they, and drivers Lewis Hamilton and George Russell, deliver?

“This is a massive weekend for Mercedes.

“We went to Spain and they had a handle on the bouncing, but then we went to street circuits – Monaco, Baku and Canada – which were a lot bumpier.

Silverstone should be a lot smoother a track, and should reward the characteristics of the car. If the upgrades they’ve brought are working well then they should be set for a strong weekend. 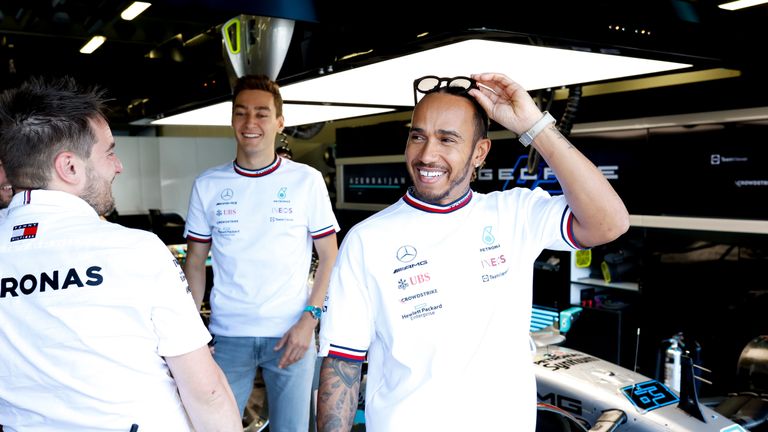 Whether that means they’ll be in contention for the win, we have to wait and see. But, I’ll make a bold prediction and say Lewis Hamilton is going to break a record.

“I think Christian Horner is right to say Red Bull are wary of those around them, and it’s interesting that they aren’t bringing major upgrades to the post-summer break updates.

“We could be set, and I’m hoping we’re set for a really good battle out in front between not two, but three teams. All of whom may not be separated by a huge amount, which is what a sold-out crowd want to see, the best drivers out there going wheel to wheel.”

Hamilton has won a staggering eight British GPs but arrives at Silverstone this year a distant sixth in the championship. But amid a turbulent week – with the home hero having condemned recent comments from Nelson Piquet – Crofty tips Hamilton to rise to the Silverstone challenge again.

“I think Lewis has approached everything this week impeccably. I think his comments were absolutely spot on and I fully agree with him, it is time for action and not just words. 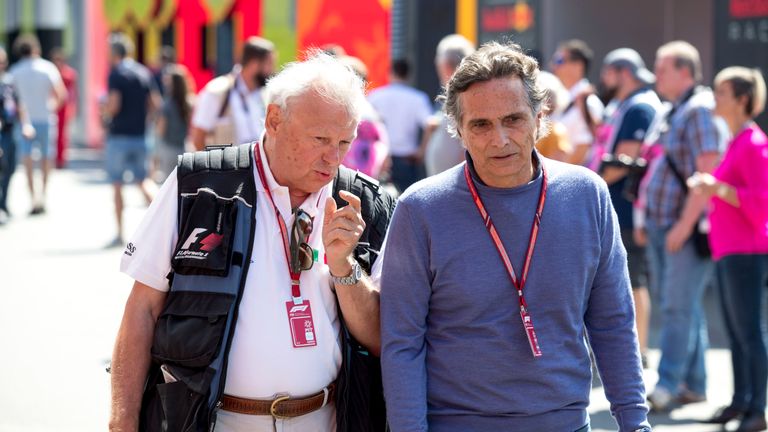 Sky Sports’ Craig Slater goes through Nelson Piquet’s apology to Lewis Hamilton and explains how the Formula One paddock will react.

Sky Sports’ Craig Slater goes through Nelson Piquet’s apology to Lewis Hamilton and explains how the Formula One paddock will react.

“Lewis isn’t going to be spurred on by what has happened any more than he has been spurred on by those who doubt his ability, dedication and talent throughout his career. And he also thrives off the adoration he gets from the home fans.

“Lewis adores Silverstone, and I’m sure he’s itching to get out in a car with upgrades, which might just be a little bit more reflective of his driving talents, rather than one he’s had to try and make the best out of so far this year.”

Ferrari must not be beaten by Red Bull

Ferrari and Charles Leclerc were the early runaway leaders in F1 2022 but have been pegged back by Red Bull, not helped by costly reliability failures. Do they need a win this weekend to reverse the slide?

“We’re not even halfway through the season so it’s a not a must-win for Ferrari – but I think it is a must-not-get-beat-by Red Bull! That’s the key. 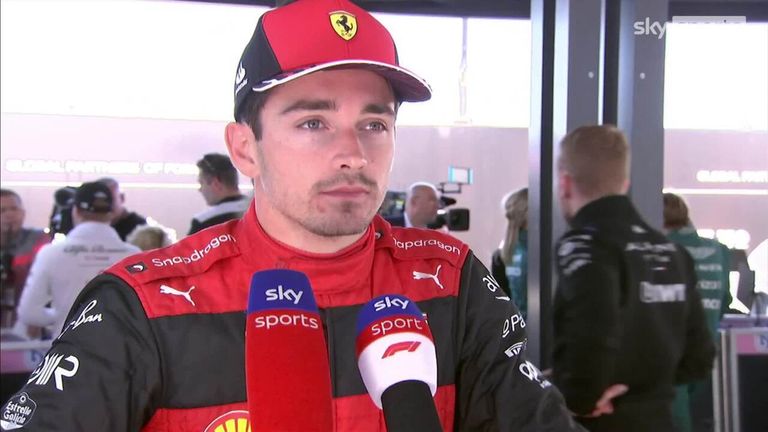 Charles Leclerc was frustrated with his race despite a brilliant recovery to finish fifth at the Canadian Grand Prix.

Charles Leclerc was frustrated with his race despite a brilliant recovery to finish fifth at the Canadian Grand Prix.

“They can’t afford to let the gap grow much bigger, because they’ve handed things to Red Bull on a bit of a plate at times. They just need a solid weekend, where whether they win or lose the race they don’t get beat by Red Bull.

“I think high and medium-speed corners may be Red Bull territory, but there are a few slow corners in there as well and there’s a bit of a straight-line speed needed. I don’t necessarily think it favours Ferrari over Red Bull.

“But this is also a track which Leclerc does really well at, and if the race was four laps shorter last year he would have won.”

The other big stories for bumper British GP

Crofty takes a look at some of the other big talking points up and down the grid.

“Can Russell keep up this fantastic consistency? Top five in every race this year – he’s been nothing short of sensational so far.

“McLaren desperately need a strong weekend for a combination of factors.

“It was wretched for them in Canada but Lando Norris is the only driver outside of Red Bull, Ferrari or Mercedes to be on the podium this year. It’s not that he hasn’t got it in him – and he goes well at Silverstone, just like Russell. His team-mate Daniel Ricciardo, also needs to find form.

“Alpine seem to have a really good package and have upgrades this weekend. Esteban Ocon has scored points as frequently as Verstappen and Leclerc this year, while Fernando Alonso has also been showing Alpine’s pace.

“It’s also a massive weekend for Aston Martin and for Sebastian Vettel. I think Aston could spring a surprise – if the upgrades work on their car I think it’ll competitive, just like it was in Baku.”

F1 2022 heads to Silverstone this weekend for the big event of the motorsport summer. Join Sky Sports F1 for extensive coverage across the British GP weekend – the race starts at 2pm on Sunday, July 3. 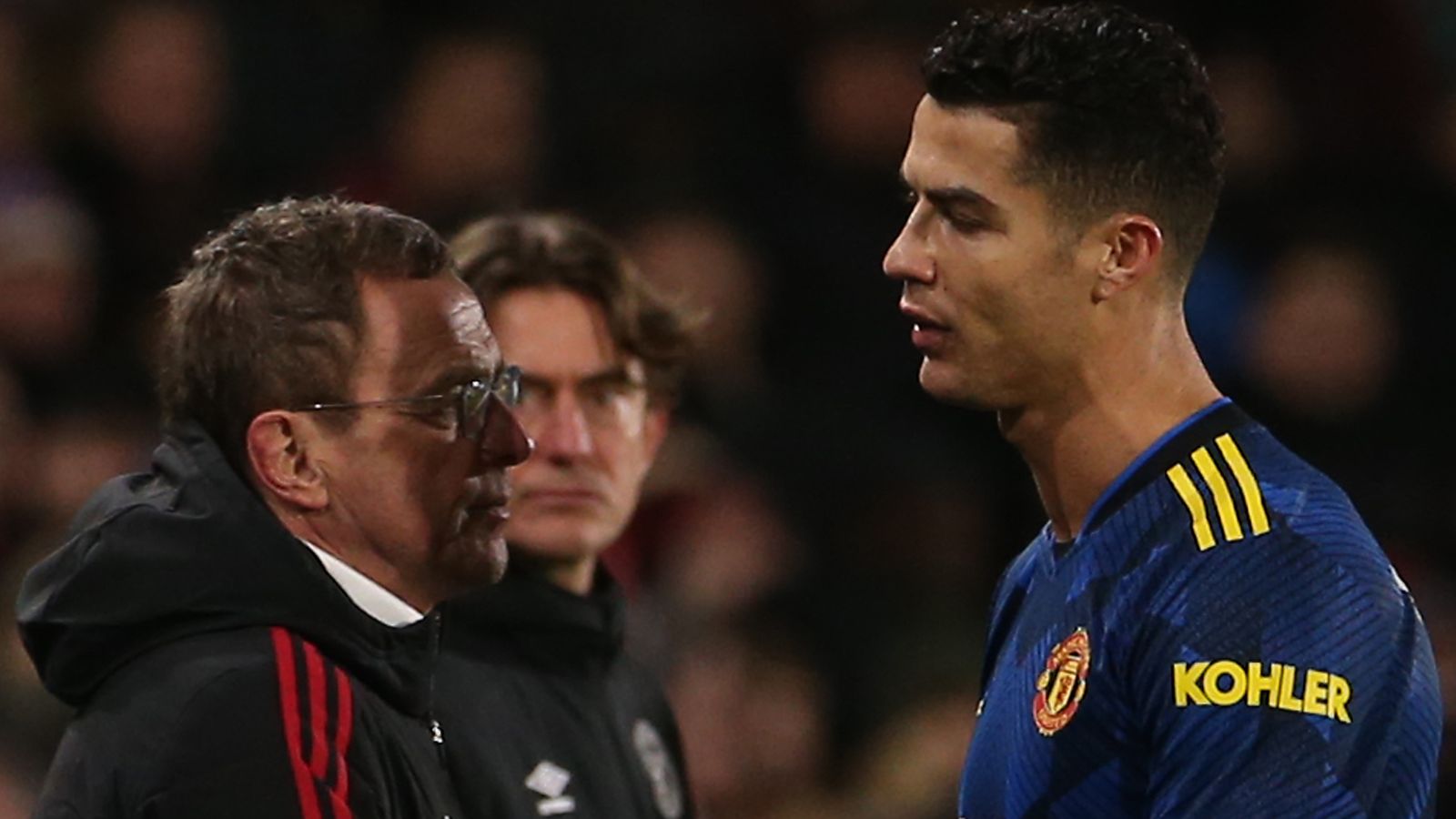 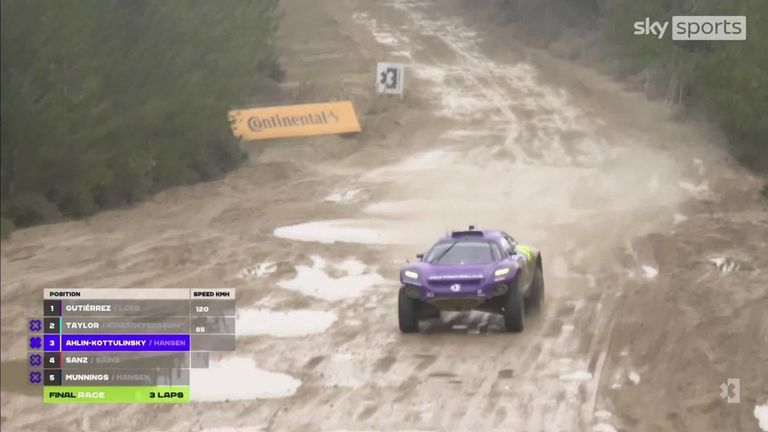