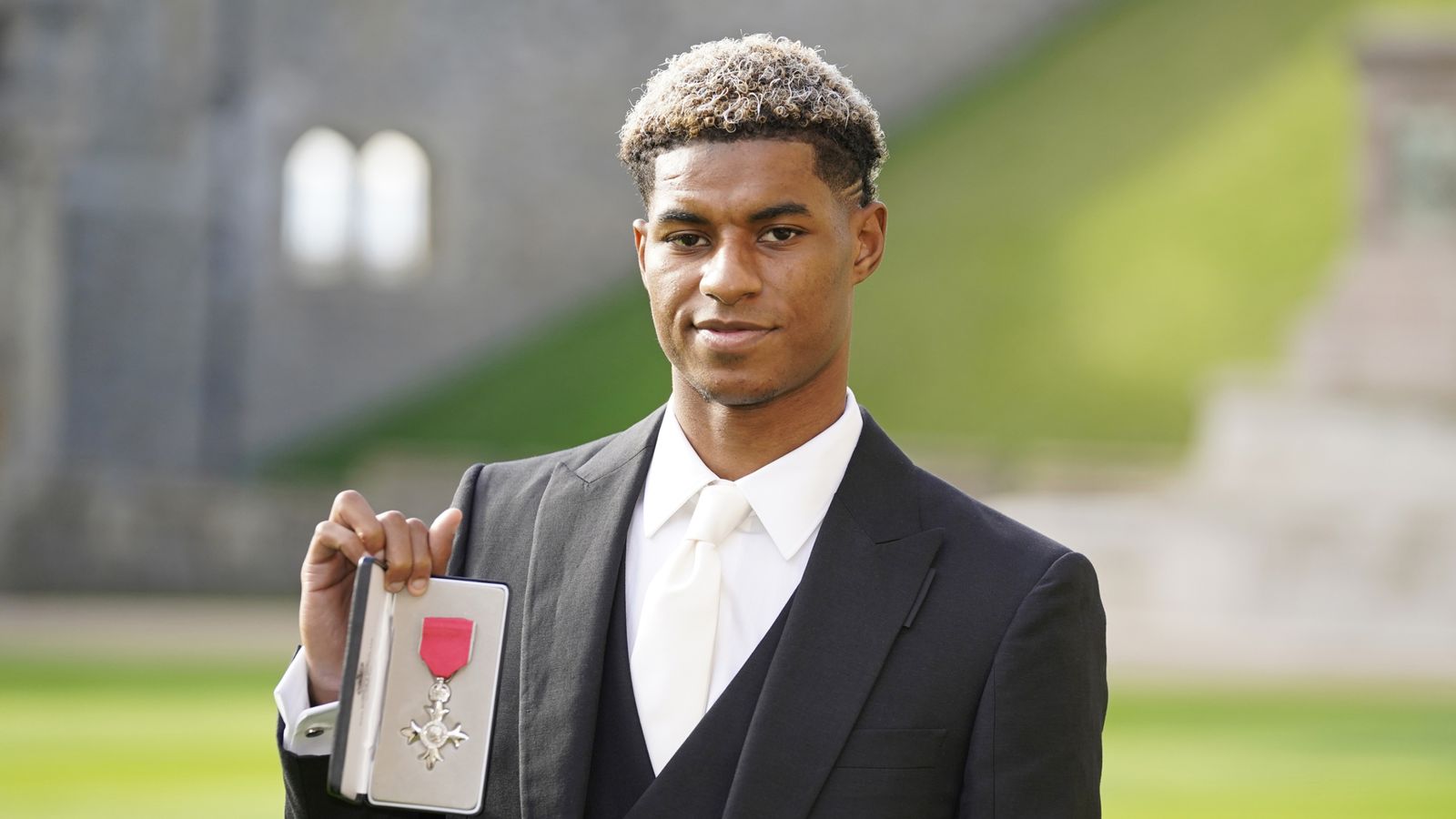 
Football is changing. From Marcus Rashford driving social policy to Juan Mata helping to launch an entire movement, the modern player wants to make a difference. It stems from a desire to change the world around them but also how they feel about themselves.

“I think it comes from people’s thirst in their soul,” Tom Vernon tells Sky Sports. The founder of the Right to Dream academy in Ghana and co-owner of Danish club FC Nordsjaelland is helping to quench that thirst by committing both to support Common Goal.

Right to Dream is the first ‘sport for good’ brand to make the pledge to commit one per cent of its income to good causes. The organisations will combine resources, even providing 10 £20,000 grants to budding entrepreneurs to develop new football projects.

“It is essential that you are not just looking inward,” says Vernon. “We have to contribute to other causes. That is the glue in the ecosystem. Common Goal and the philosophy they have is something we all believe in passionately. The idea is to unite the football family.”

That idea is gathering momentum. When Michael Jordan declined to endorse the African-American democratic candidate in his home state, quipping that ‘Republicans buy sneakers too’, it became the credo for a generation. But there are now signs that the stick-to-sports era is over.

Humans crave meaning in life. We all want to have a purpose. Psychologists believe it is fundamental to leading a fulfilling life. The narrow scope of a sporting career – eat, sleep, repeat – cannot sate every player for long. Many now want to do more.

What happens once the mountain is climbed? When the childhood dream has been realised and the contract is signed. There are those whose descent into addiction can be traced back to the day they won their first cap. No more worlds to conquer.

For others, that moment of emptiness, the dimming of the light, comes with financial security. The family is looked after. The parents have their house. With greater riches in the game, that is a point that many are reaching far sooner than before. What then?

A greater ambition than the game itself can drive a player on, through a career and beyond. That might explain why many are turning to charitable movements – and not just through their own foundations but alongside bigger ventures bringing people together.

Mata, the Spanish footballer who helped to launch Common Goal in 2017, never wanted this to be his movement. He prefers to be seen as merely the first to sign up. It was always about unity and teamwork, that sense of community. A common goal.

It tapped into something but it was also a challenge for football. It is not a coincidence that women players signed up more readily than men. Big business brings complications and reveals something about the distance that can develop between player and public.

“There is a professional football bubble,” explains Vernon. “It is not the individuals who want to stay in there. In most cases, they are looking for more. We regard it as our responsibility to pop the bubble and open their eyes.”

Simone Lewis, formerly of the Premier League, has been hired as head of purpose at Right to Dream with that in mind. “We have five full-time staff working to see how we can take our players on a journey towards what is meaningful for them,” adds Vernon.

“There are trips and tours. They have been designed as deep-end journeys so we are not just going to play a football tournament somewhere, but it is a real opportunity to immerse ourselves in the culture of the place where we are going.

“We want players to get a deeper understanding. It is about connecting them to things that are meaningful to them. The basic principle is that we can discuss this in the classroom, but then we can create practical opportunities to develop that to grow character and create impact.”

On the face of it, bursting the bubble is a particular challenge at FC Nordsjaellend. “The social welfare system here in Denmark is so advanced that you often don’t find those opportunities to connect with the community.” But they work to instil that ethos early.

Bournemouth’s Emiliano Marcondes came through Nordsjaelland’s academy and has continued to contribute. Last year, he was in Ghana doing a free-kick school. This year, he was in Brazil and Uganda where he has invested in an academy project of his own.

“He got some of that initial spark from being involved in our programme and our way of thinking. He is excited about playing in the Premier League but his other things inspire him just as much. It makes me feel good seeing the person that he is becoming.”

And yet, the idea that such matters are a distraction persists. Leave them for later. Focus on the football. Former Manchester United boss Ole Gunnar Solskjaer said as much when speculating about Rashford’s dip in form last season. Vernon was unimpressed.

“I think Solskjaer made such a disappointing comment when he said that about Marcus. I just don’t understand what the expectation is on these players after they leave training to mean they are losing focus by doing things like Marcus and Juan are doing.

“Is it really the case that we would all rather they were playing FIFA on the PlayStation all day than getting involved in these meaningful conversations and designing projects that can have a real impact on other people’s lives? I really don’t get it.

“I know that the demands of professional football can be pretty intense at certain periods. But there are hundreds of hours in the year where you really can be leveraging your wealth, experiences, platform or network to connect in a more meaningful way with society.”

That can be the difference between being happy or not.

“We are in this mental health pandemic in the west and there are a lot of solutions out there to that problem. The fundamental point is that those connections that help and develop other people are the root of where people feel most happy.

“This connectivity that Common Goal stands for is super important because it is giving people the chance of a more healthy and meaningful life. That has all the performance benefits that come from feeling good about yourself and your role in society.

“I know players, both world-class players and Right to Dream graduates, who are excited about retirement. If you are lucky enough to be playing in a team that can win a trophy, there is excitement at that but there are others who are excited by other possibilities.

“They have done the football thing and found their level. They will go on if they can until they are 35 because they have still got a basic love for the game, but there are things they are starting to imagine beyond football that excite them more than the daily routine.”

The public perception of Rashford and Mata is overwhelmingly positive – and this is beginning to spark a sea change in how advisers now regard their actions. Sponsors are drawn to them. It is commercially viable to take a stand. It makes sense to commit.

“People know now that it is a good idea, commercially,” says Vernon. “If you look at Marcus’ sponsorship portfolio, I am pretty sure that it would be significantly higher than those players who do their stuff in the shadows or do not do anything at all.

“So, you start to get commercial directors at clubs and agents saying, ‘Yeah, maybe this makes sense and we should do it.’ Even if it is from a commercial standpoint, it is an easier conversation than it was when we were starting to think and talk about in 15 years ago.

“It is about getting the balance right and it not being a commercial motive to start with. If we go back to Marcus, that obviously wasn’t a calculated commercial decision, it was driven by motivation and empathy for a cause and then it starts to roll into something.”

This shift in thinking, this awareness that there is more to life than selling sneakers, is already happening outside of football. “Some other sports are a little further along the journey.” Vernon cites examples from American sports.

“I think the college structure there is a great stepping stone as it keeps the mind broader, so these concepts come more easily. There is definitely this risk with the way that the European academies are structured, where it does narrow your thinking so much.”

But football is fighting back. A Nordsjaellend graduate leaves and shares his ideas at other clubs. A Common Goal member discusses his reasons for joining with a teammate. The power of football, the power of purpose, could yet change everything.

“When you do the maths about what that one per cent could do if we were all in, it is pretty remarkable. It would do what FIFA should have been doing, but much more effectively than they have been doing it. Our job is to do our one per cent and keep talking about it.”

Right to Dream becomes the first ‘Sport For Good’ brand in Common Goal’s 1% community to embed the 1% commitment across its full organisation.

The two organisations will combine knowledge and resources and collaborate closely to drive forwards social impact projects, new business development and organisation growth initiatives that contribute towards driving wholesale change in football more widely through the value and power of football, community and developing young players and future leaders.

The impact partnership launches the “Purpose Project Platform” that will provide ten £20,000 grants to budding social entrepreneurs across the term of the partnership that will enable athletes and other individuals in football to develop and launch purpose-driven projects through football.

The partnership will launch “Football Leaders Connect”; a yearly gathering of football executives, club owners, athletes and other leading figures from the football industry committed to embedding positive social and environmental impact at the core of the industry.

Right to Dream and Common Goal will publish a yearly ‘Football Purpose Report’ highlighting social innovation within the sport, sharing roadmaps and best practice suggestions for other stakeholders across football such as the clubs, and will look to measure success and progress on social issues benchmarked from one report to the next. 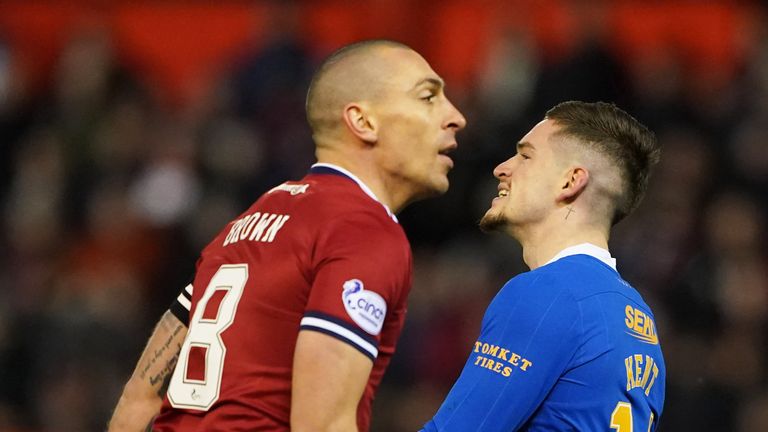 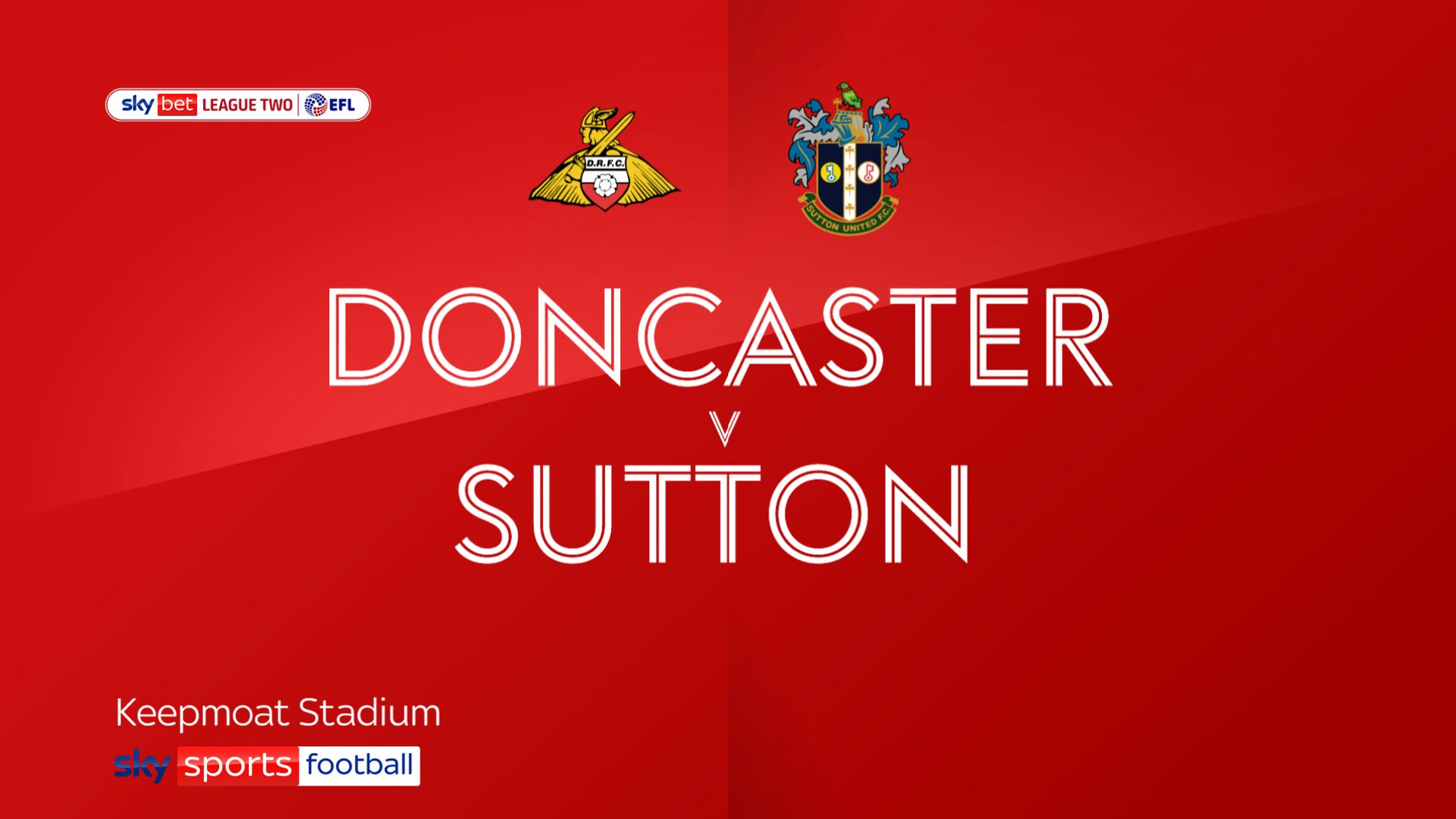 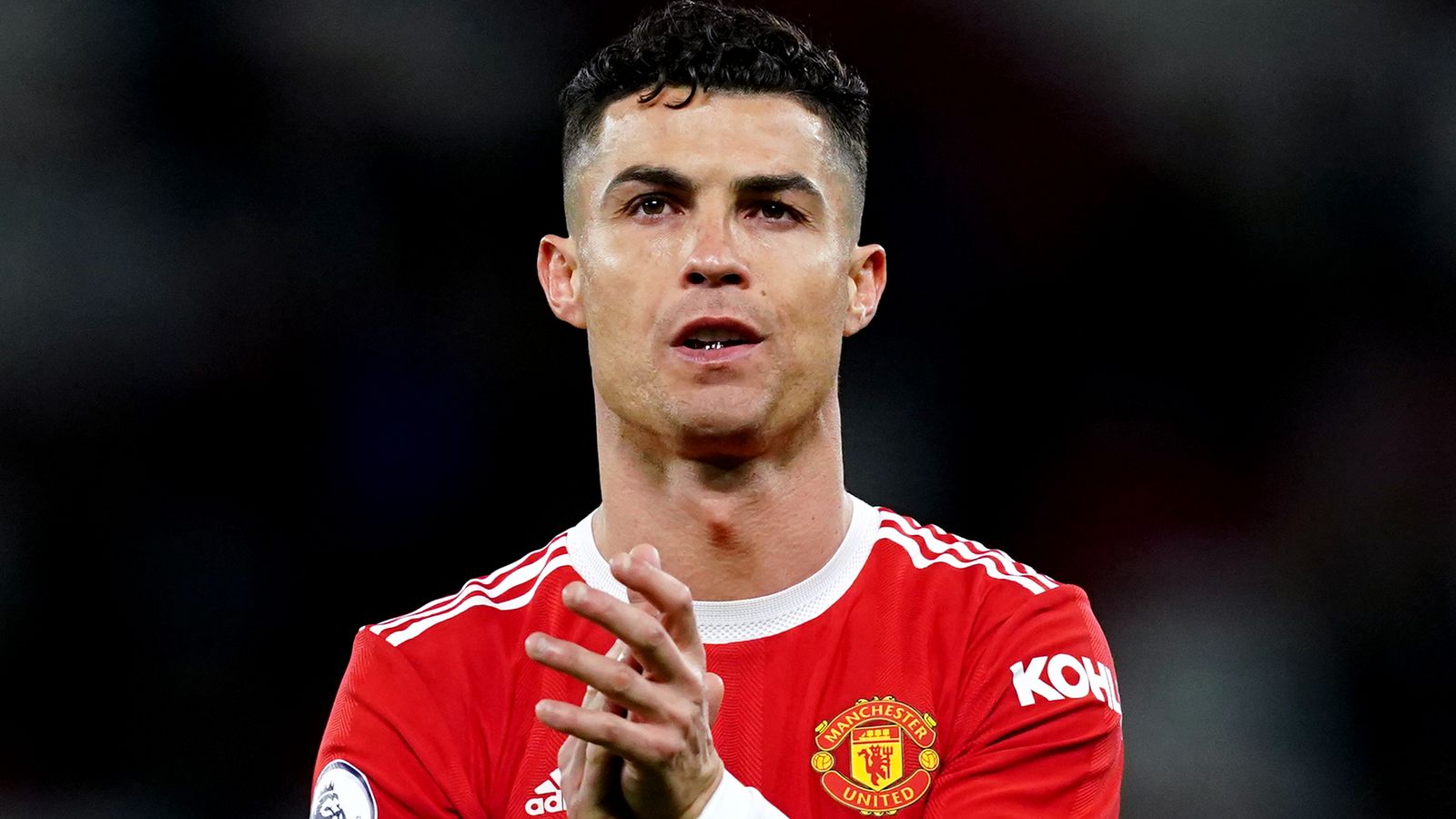