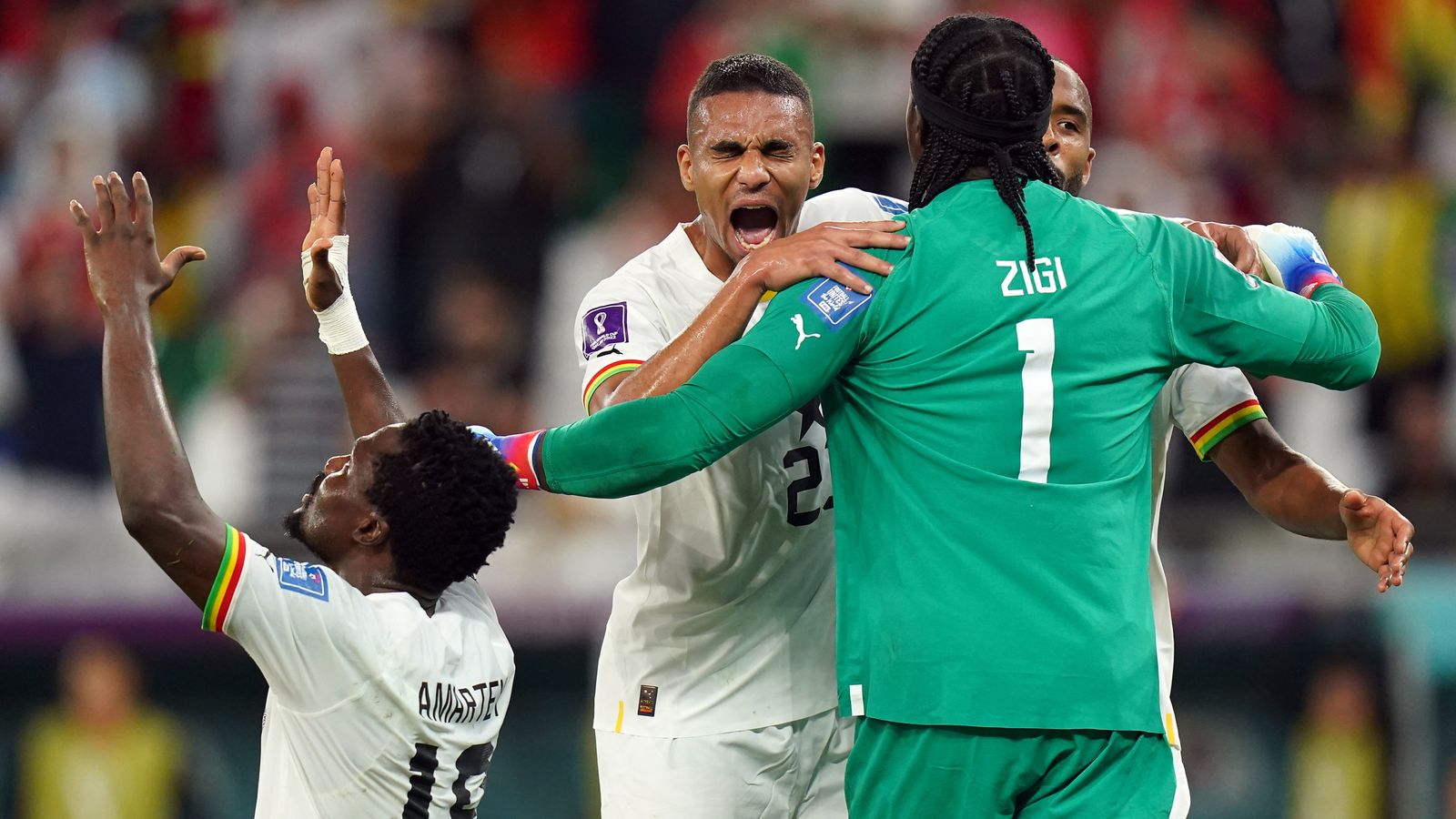 
As the Ghana players arrived for their crucial group game against South Korea in Al Rayyan the corridors of the Education Stadium were filled with the sound of West Africa.

‘Jama time’ is a musical celebration of culture, a nod towards good morale, team spirit and togetherness.

The players shuffled to the changing room while banging bougarabou drums and shaking a percussion instrument known as a shekere.

Among them was Strasbourg defender Alex Djiku who is enjoying a “magical” tournament with his team-mates. “Jama symbolises our team, our country,” Djiku tells Sky Sports News from the team camp in Qatar.

“It’s about joy and living every moment as a blessing. We are very serious on the field but outside we need to enjoy as a family.”

They subsequently beat South Korea 3-2 with an impressive performance to set up a decider against Uruguay on Friday.

“We know it will not be easy but we believe. We are united,” Djiku says.

“The desire, the love of the country and for the Ghanaian jersey are all factors [of performance vs South Korea]. And then there is talent in this team. We are proud to show the beautiful face of Ghana.”

The build-up to Friday’s game has been dominated by references to the famous meeting with Uruguay in 2010, when Luis Suarez handled the ball on the line only for Ghana to miss the resulting penalty, an act that contributed to them exiting the tournament.

“We are not bitter, especially as almost the entire team is different from that of 2010. We hear a lot about it in the media but South Africa is the past.”

Will he be able to talk about 2010 with Suarez during the game?

“No, if I start talking to Suarez he will take the opportunity to mess with my mind and go behind me to score!” he jokes. 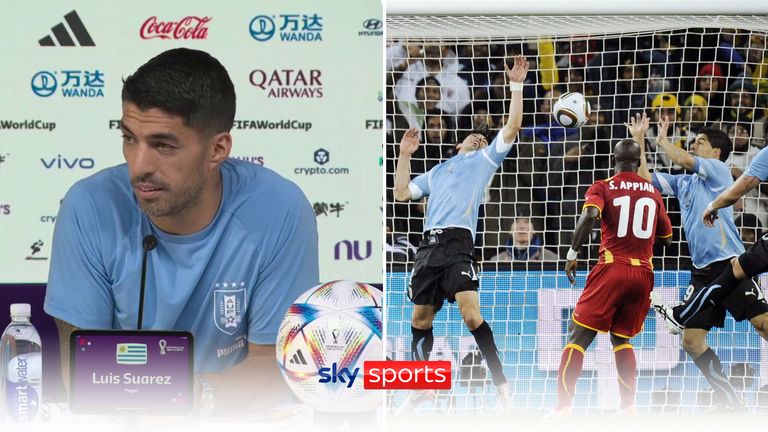 Uruguay’s Luis Suarez hits back at a reporter who asked him if he ever considered apologising for his infamous handball in the 2010 FIFA World Cup quarter-final against Ghana.

“I was a teenager when I saw that game. It was difficult and I remember my father being very disappointed as we all were.

“I couldn’t imagine myself 12 years later wearing the Black Stars jersey and playing Uruguay. We have the opportunity to change the destiny and make our supporters proud.

“They are a team with a lot of grit, experience and talent. Mentally they are also strong so we must not fall into that trap.”

Djiku instead prefers to focus on his own game. He has already faced up to Cristiano Ronaldo in this World Cup and is no stranger to battles with Kylian Mbappe and Lionel Messi in domestic football.

“Ronaldo is not just any player but when I play I don’t care who I have in front of me.

“He is still in shape, believe me. He is so intelligent with his movements and his desire to change the course of a match.”

He had similar praise for Ghana’s own superstar, albeit Mohammed Kudus is in the early stages of his career.

Against South Korea Kudus became the first Ghanaian to score a brace in a World Cup game and is the subject of an impressive mural on the streets of Nima, the suburb of Accra where he grew up.

“He’s the little nugget that everyone is talking about. He’s a very good player, a very good boy with a good mentality.

“I think he can go far. He still has room for improvement and what he has shown in these few months is simply talent. I think he can become a big player.”

There were similar plaudits for Brighton’s young full-back Tariq Lamptey. “Tariq is an important part of the team. He brought us his qualities with his speed and his precision.

“He is very well integrated in the group and a young man with a lot of respect.”

Djiku’s performances have led to speculation that Leeds United are among the clubs hoping to sign him when his contract expires in June.

“Yes, I have heard a few things. My contractual situation may also be a factor I think.

“I hope that this shows that I am doing a good job on the sporting level but also with my nutrition, recovery and lifestyle.

“It is gratifying but for the moment I’m keeping a cool head. I want to concentrate on the last group game of the World Cup, and the rest of the season with Strasbourg because there are important games.”

Djiku described his delight at qualifying for the World Cup in an interview with Sky Sports News last season. So, what is he doing to take his mind to relax away from training now that the tournament is well under way?

“We have a great atmosphere in the group so we are never bored. We play, we sing, we dance.”

They are hoping togetherness and talent will ensure the last dance is not Friday afternoon.

This is Ghana’s chance for revenge

This is a shootout for the last 16, a decider laced in a dozen years of narrative and ill-feeling.

When Ghana face Uruguay at the Al Janoub Stadium in Al Wakrah, the Black Stars will be aiming for revenge.

Former captain Stephen Appiah recently said in an interview with Al Jazeera: “I get goosebumps when I hear about the 2010 World Cup. It will haunt me for the rest of my life.”

Ghana are back on the global stage in Qatar and rather deliciously, Suarez is still in the Uruguay squad.

It is a chance for a nation to rid themselves of a nightmare that has gripped than for 12 long years.

Speaking before the tournament about the rematch with Suarez, Ghana coach Otto Addo said: “I’m sure that’ll be in the back of the minds of some players because it was a decisive game, not just for Ghana but for Africa as a whole.”

What do Ghana and Uruguay need to qualify?

Portugal have already secured their progression with two wins from two but still need a point to be declared group winners.

Ghana are the only remaining rival for top spot, but the Africans could still finish behind both South Korea and Uruguay. 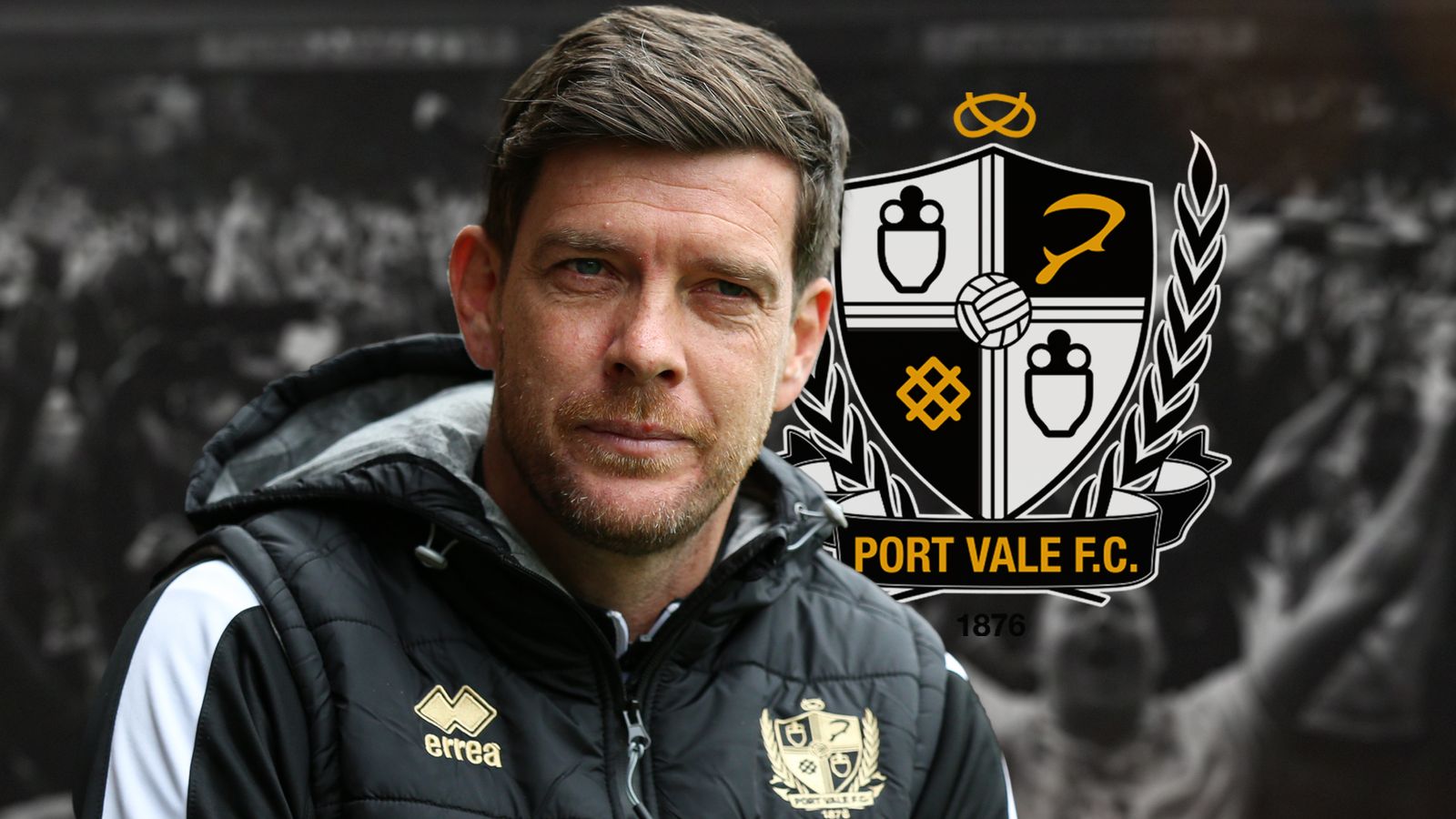 Darrell Clarke interview: Port Vale boss on his return to the dugout, play-off dream and respect for Mansfield | Football News Destiny Udogie: Tottenham agree deal to sign Udinese left-back but will loan him back to Serie A club | Football News