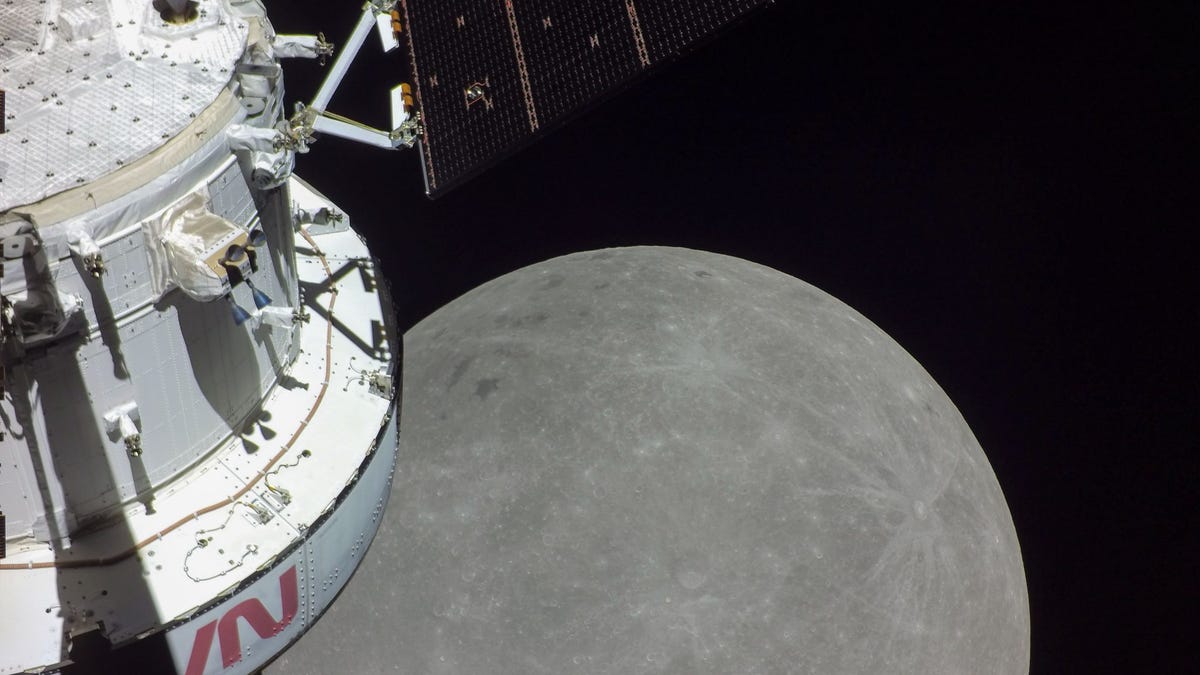 
After orbiting around the moon, NASA’s Orion spacecraft will land in the Pacific Ocean on Sunday, putting the Artemis I mission on track for success. It’s too early to declare Artemis I a complete success — two of the mission’s top priorities come with splashdown — but the mission has already helped NASA prepare for its ultimate goal of returning humans to the moon and eventually sending people to Mars.

“The mission continues to proceed well and along the planned mission profile,” Artemis mission manager Mike Sarafin told reporters on Thursday. “At present on track to have a fully successful mission with some bonus objectives that we’ve achieved along the way.”

The Artemis I mission launched on Nov. 16, sending the unmanned Orion spacecraft into orbit around the moon to test NASA’s deep space exploration systems. At its farthest, Orion was a record-breaking 268,563 miles from Earth, surpassing the distance the Apollo 13 mission set in 1970.

ALSO: What is Artemis? Everything you need to know about NASA’s new moon mission

The spacecraft is now on a trajectory to re-enter the Earth’s atmosphere and land near Guadalupe Island, which is off the coast of Mexico’s Baja California, at around 12:40 pm PT on Dec. 11.

At that moment, the Artemis I mission will achieve its top objective: to demonstrate that the Orion’s heat shield can withstand the high speed and high heat it will experience at lunar re-entry conditions. When Orion returns, it will be traveling about 24,500 miles an hour. The spacecraft will experience temperatures half as hot as the sun outside the heat shield.

On Sunday, NASA will also realize its No. 3 mission priority: retrieving Orion after splashdown. NASA’S exploration ground systems recovery team is working with the US Navy to recover the spacecraft. The recovery team left San Diego for the splashdown site on Nov. 7 and is currently at sea. They plan to arrive at the landing site 24 hours ahead of splashdown.

NASA initially intended to land off the coast of San Diego, California. The factors that went into choosing the landing site, Sarafin said, included spacecraft design limits; recovery operations safety considerations; and test objectives associated with imagery, with some jettisoned items, and with the parachute deploy sequence.

However, a cold front moving in the Southern California area has created less-than-ideal conditions at the initial landing site. On Sunday, that area is expected to see light precipitation, as well as wind and choppy waves. Consequently, NASA has moved the targeted landing site south by 300 nautical miles.

NASA is using a “skip entry” maneuver to bring Orion back to Earth — a novel technique that allows NASA to land the spacecraft off the west coast of North America. Using this technique, astronauts aboard future Artemis missions would experience around 4 Gs at peak acceleration — similar to what astronauts experience returning from low-Earth orbit.

Once Orion splashes down, it will be in water for about two hours while NASA completes different tests, such as determining how much heat was generated on the capsule and how that will impact the interior of the capsule. During that time, the recovery team will be retrieving the jettisoned hardware before it sinks, as well as performing its own assortment of tests on the Orion, before pulling it aboard a ship.

While splashdown will take care of the Artemis I mission’s first and third priorities, that leaves objective No. 2: to demonstrate the operations and flight modes of the spacecraft. That process began during the flight itself, when NASA teams collected an immense amount of data related to Orion’s communications, propulsion and navigation systems.

Already, NASA has downlinked over 140 GB of engineering and imagery data that’s being analyzed.

For example, he said, the four big solar arrays on the spacecraft have generated about 1.7 kilowattts more power than expected. “That’s the kind of thing that allows more operational flexibility for future missions.”

Additionally, the Orion’s thermal systems are, across the board, using less power than expected. And as for the propulsion system — which is key for getting Orion out to the moon and back safely — “every burn has been spot on,” Geffre said.

Once Orion is safely back on land, NASA will be able to retrieve more data recorded inside the spacecraft. Then, certain components such as a few electronics boxes, will be refurbished for the Artemis II mission.

“We have an incremental plan to reuse more and more of the vehicle,” Geffre explained to ZDNET. “Right now, with Artemis I, we have a handful of components, about 10 or so, we’ll pull off the vehicle and fly for Artemis II. Then we’ll start using more and more… Our goal is to get to maximum reusability, which includes almost all of the systems.”

The Artemis II mission, which NASA aims to launch in 2024, will send four astronauts on a flight around the moon.

While NASA’s preparations for Artemis II are already well under way, and “we are wrapping this mission up,” Sarafin said, “We are not letting our guard down. We have some hard stuff ahead of us.”