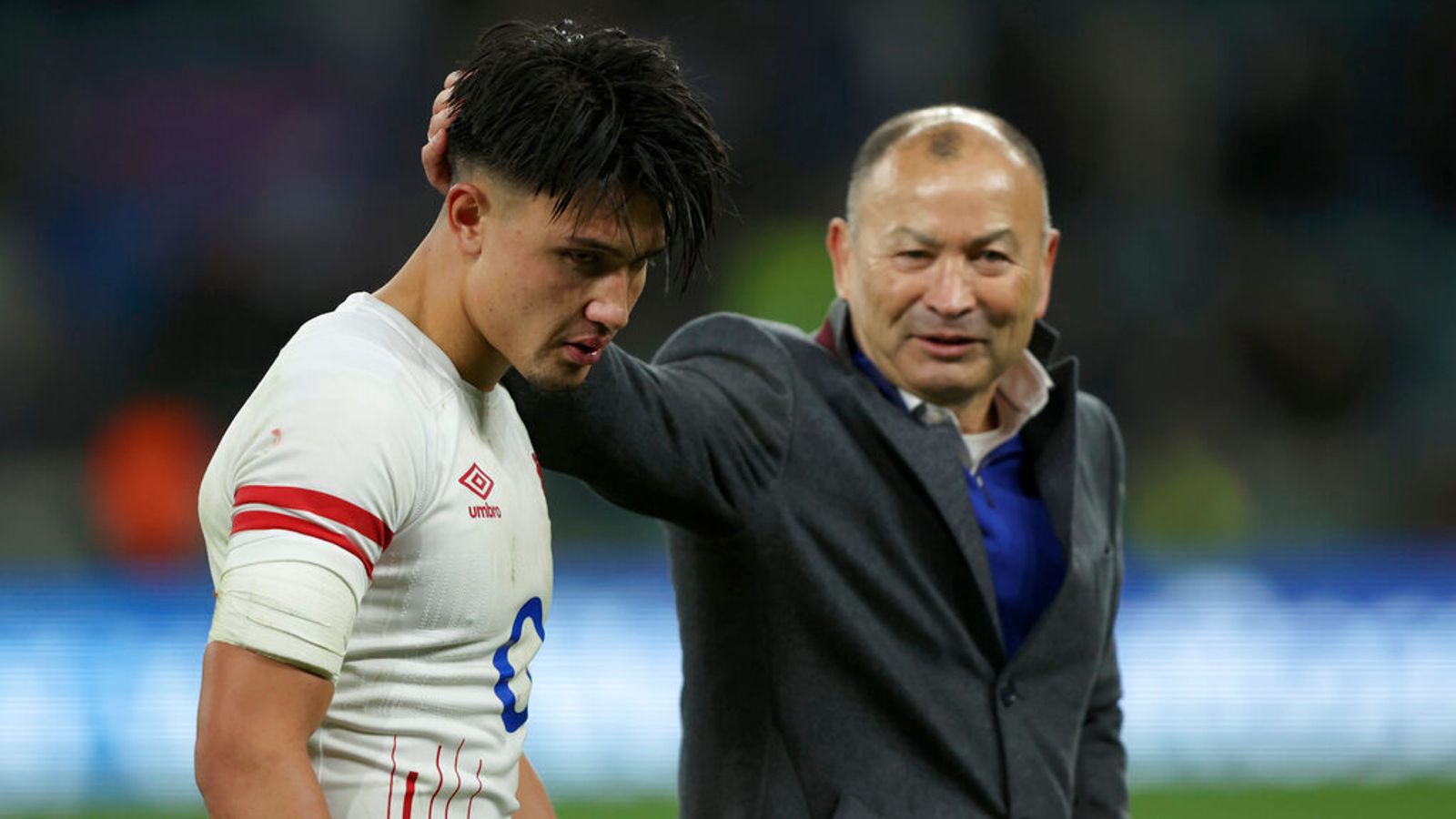 
A public announcement will be made in midweek, revealing whether Jones is to continue until the World Cup when his eight-year reign is contracted to end; Sky Sports’ James Savundra: It is now or never for the RFU and Eddie Jones

Eddie Jones’ future as England coach will be decided next week with the Rugby Football Union’s review into a dismal autumn set to conclude.

The RFU’s review panel will meet with Jones on Monday, ahead of a board meeting on Tuesday and a formal announcement from the RFU is expected midweek.

The panel consists of board and executive members along with independent, former players and coaches. 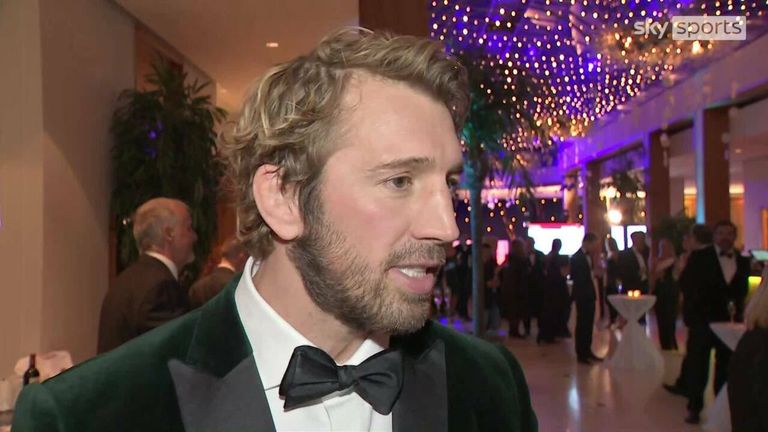 Former England captain, Chris Robshaw has backed Eddie Jones to remain in charge of the national side despite a poor run of recent form and results.

Former England captain, Chris Robshaw has backed Eddie Jones to remain in charge of the national side despite a poor run of recent form and results.

Jones has overseen England’s worst year since 2008, consisting of six defeats, a draw and five wins and ending with Saturday’s chastening loss to South Africa.

Jones’ position has never been more precarious, with former Wales and Lions boss Warren Gatland seen as the frontrunner to replace him if the RFU does decide to act.

Gatland is in demand, however, as Wales weigh up the future of their own head coach Wayne Pivac.

Steve Borthwick and Scott Robertson are seen as credible replacements, with Ronan O’Gara having ruled himself out of the running, but parachuting a new coach into the crisis that has engulfed England would be risky.

A final fork in the road: One last ride with Jones?

It’s now or never when it comes to the RFU and Eddie Jones. The governing body must decide whether to back or sack their head coach with just five competitive matches left to play until next year’s World Cup. This is surely the final fork in the road ahead of France 2023. 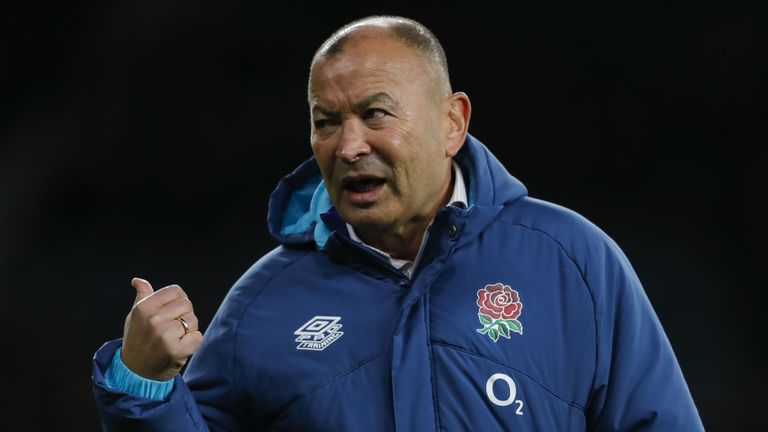 Spectators – paying significantly north of £100 – flooded out of Twickenham last Saturday left puzzled as to the strategy and identity of an England team who were overpowered by the Springboks in one of the most insipid displays at the Home of Rugby in recent memory.

Jones’ backers will point to his tournament record which suggests his sides tend to come good on the biggest of stages. Two World Cup finals (2003 with Australia and 2019 with England) and a scintillating 2015 campaign with Japan attest to that point.

Plus, England were not in a too dissimilar position in 2018 having lost five Tests in a row with some calls for Jones to go. Yet he galvanised the team to the point of coming within 80 minutes of World Cup glory having delivered one of the greatest performances in their semi-final victory over the All Blacks. 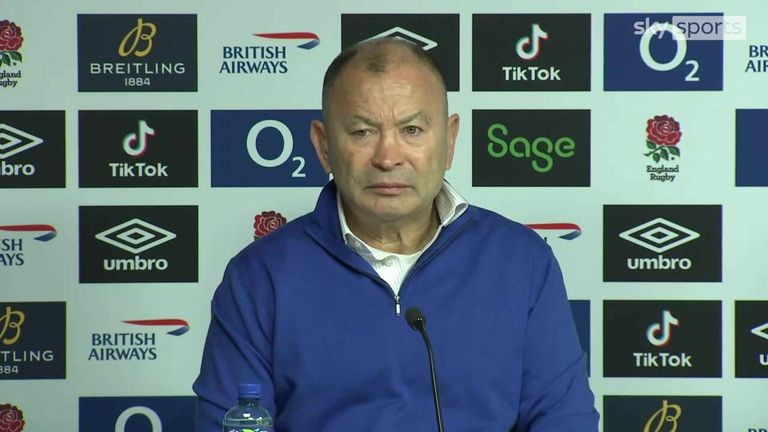 The huge expense of parting ways with Jones and his coaching setup may prove prohibitive yet the evidence is clear that England have drifted a long way behind the top four nations in the world. It seems a tall order to bridge that gap in time for the opening match in September 2023 – albeit in a favourable pool.

The argument to replace Jones with a gun-for-hire such as Warren Gatland feels more and more compelling as the days count down towards the next World Cup. The New Zealander has a track record of building winning teams in short windows as evidenced with the British & Irish Lions. The RFU will watch on with a keen eye on events in Wales as the WRU deliberate on the position of their own head coach Wayne Pivac and a potential comeback for Gatland – who spent 12 years in charge.

It’s been a seven-year rollercoaster with Jones at the helm. Massive highs have been matched by crushing lows. The RFU must decide if they are willing to board one last ride with the combustible Australian at the wheel. 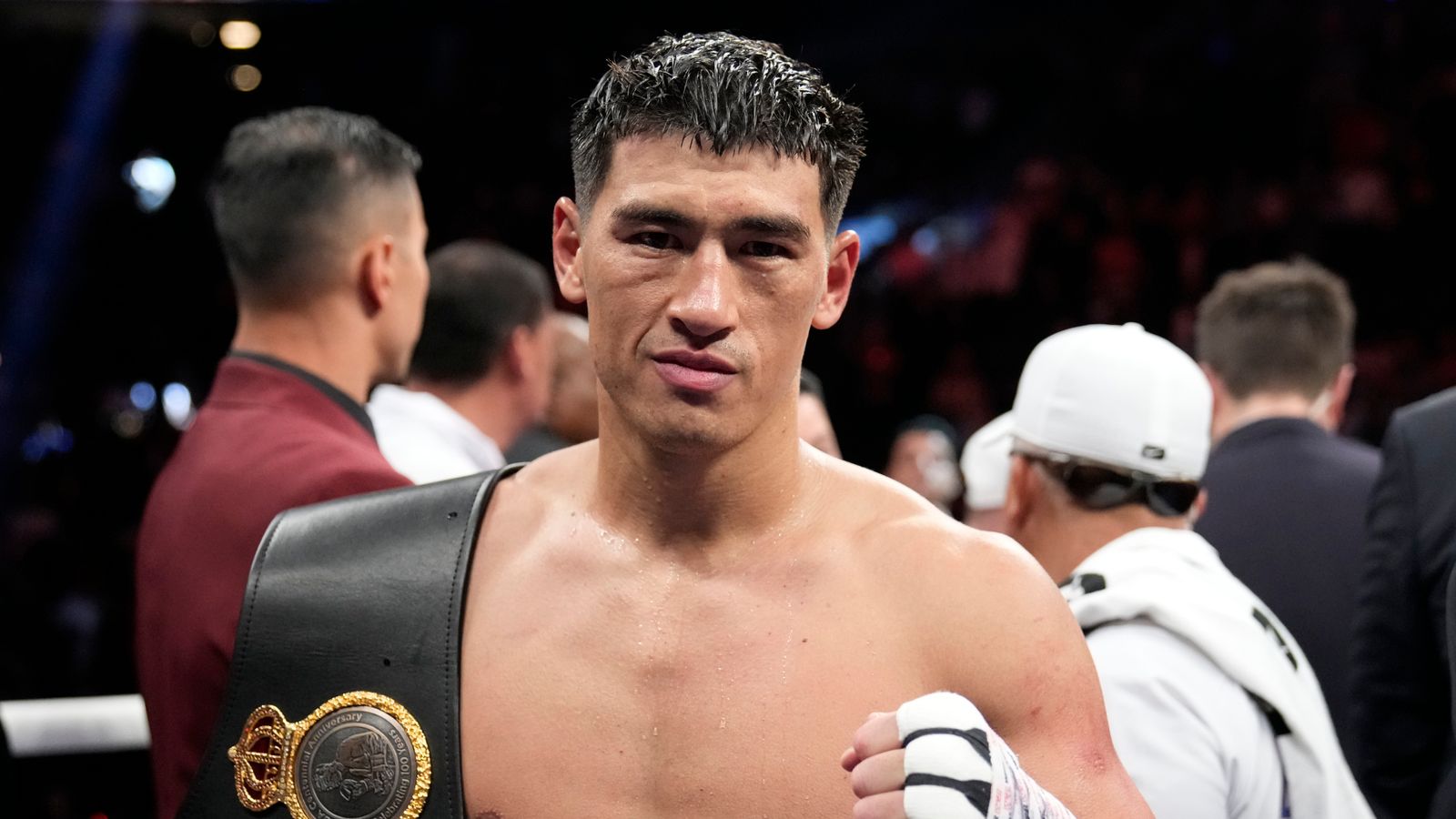 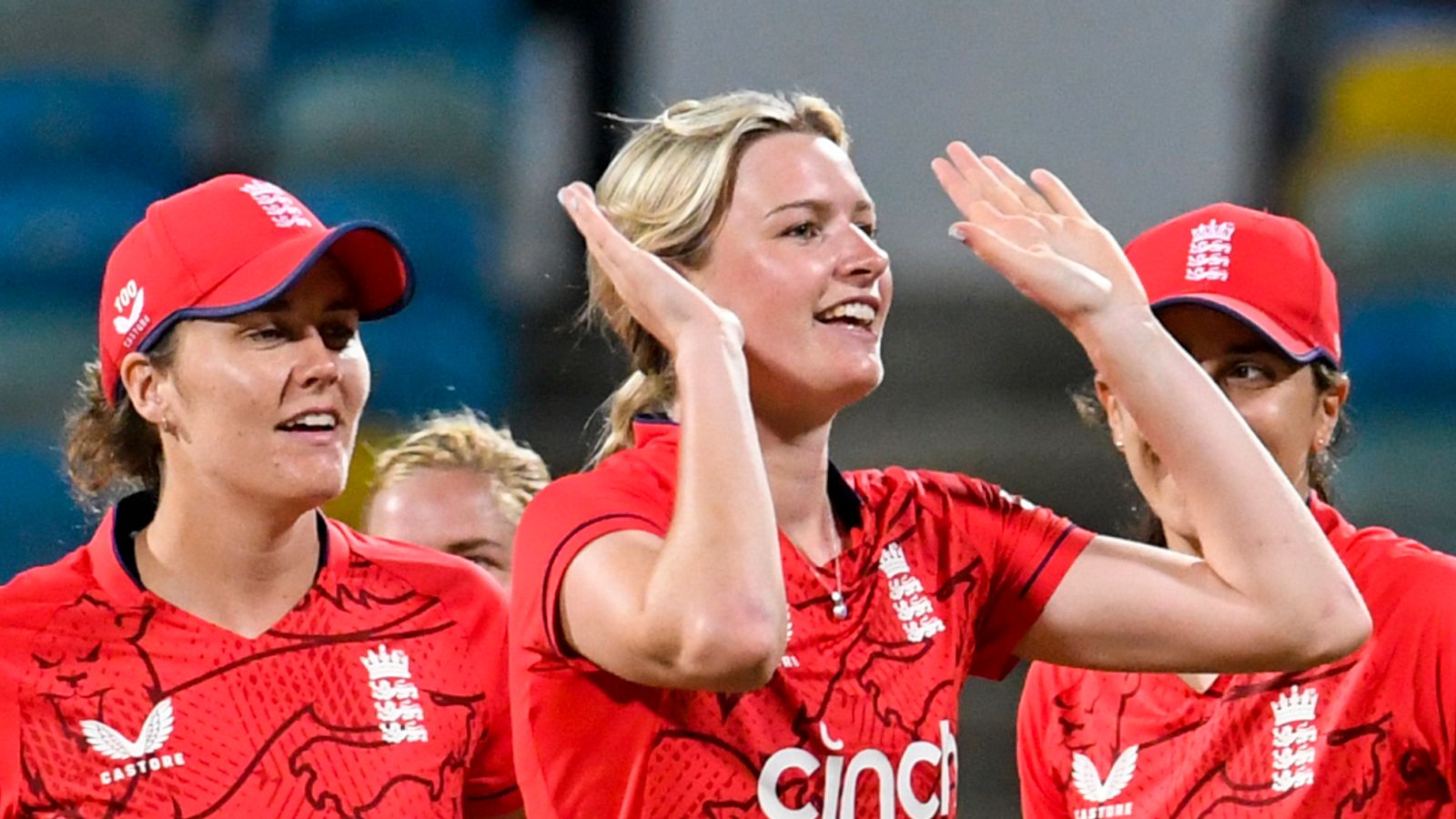