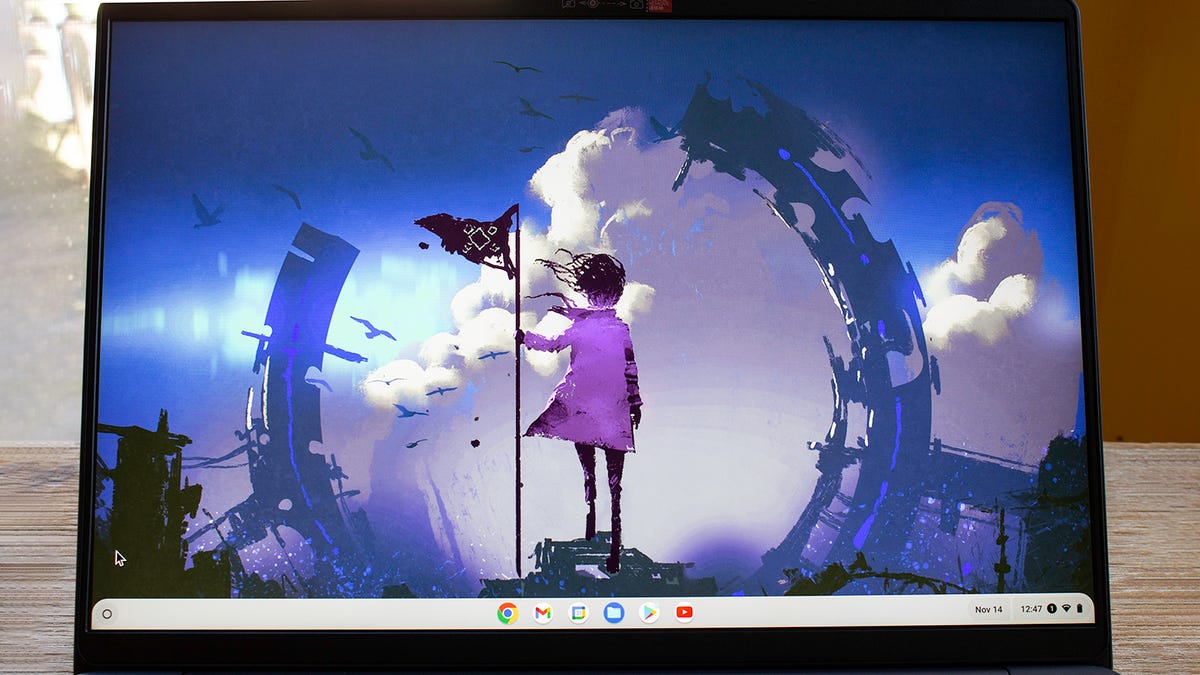 Gaming Chromebooks and cloud gaming share something: they’re both in their infancy. Cloud gaming’s had slightly longer to develop, but with giants like Google still failing to “get it right” (RIP Stadia), its clear that it’s still undergoing some growing pains. Nonetheless, its huge, singular potential makes many tech manufacturers and service providers more than willing to ride out the storm to stake a claim in cloud gaming’s early days.

I’ve already looked at Acer’s Chromebook 516 GE, which impressed me with its port selection and performance. Unfortunately, it was held back by the quirks cloud gaming is still working through. This review won’t be a direct comparison between these two. However, both are among the first wave of gaming Chromebooks, similarly priced, and intended for the same purpose. So, it just makes sense that we’ll reference this model’s closest rival occasionally.

Lenovo’s take on a gaming Chromebook is one of the best options available.

Honestly, the differences in that comparison will be mostly razor thin. My testing of the Lenovo IdeaPad Gaming Chromebook proved to me, once and for all, that cloud-based gaming’s quality and enjoyment is almost entirely based on how well your cloud-based service of choice performs, with very little direct correlation between internal hardware specs and actual gaming performance.

Lenovo seems almost physically incapable of creating a poorly-made device. Like its IdeaPad and ThinkPad ancestors, this gaming Chromebook feels solid from top to bottom, with no flex or creak to any part of it. The only negativity I can level at the device’s exterior is that it could’ve use a little flare. Acer also kept its entry’s shell plain, but included a rainbow-tinted logo to hint at its purpose. Lenovo chose instead to make a device that, at least in this colorways, screams “buttoned-up business Chromebook.”

The port selection here includes 2 full sized USB-A ports and 2 USB-C ports. Both are USB 3.2, and the USB-C connectors each support power delivery (PD) and DisplayPort 1.4. This is great for both versatility in which side you want to charge the Chromebook, and for connecting external displays for a big-screen gaming experiences.

Unfortunately, there is no Ethernet port on this model. The Acer Chromebook 516 GE included a compact Ethernet port, which could have fit on the barely slimmer Lenovo model. While Ethernet is something most laptops can comfortably skip, the search for the best latency and fastest connection is of the utmost importance to a device designed specifically for cloud-based gaming services. Thankfully, the included Wi-Fi 6E did a great job of stepping in to fill that gap, but I would have still preferred the option to link up with a wired connection for optimal latency reduction.

Also: How to convert your home’s old TV cabling into powerful Ethernet lines

Unusually, for a Lenovo device, I didn’t love the keyboard. The individual keys and trackpad felt great, with good travel and rebound, but the keyboard layout was pointlessly cumbersome. The company chose to include a full number pad. This resulted in the main portion of the keyboard being shifted to the left, making some keys feel squished or out of place. For instance, I kept accidentally hitting the delete key instead of backspace because the latter was unusually stubby.

More: The best gaming keyboards: All the hits and clicks

Of course, you’ll eventually get used to this layout, but I’m not certain it was necessary to begin with. Very few gamers make use of a full numpad for anything short of custom real-time strategy layouts or unusual MMORPG control schemes. Even then, they’d likely be better served by something like the SteelSeries Aerox 9 Wireless, or another MMO/MOBA mouse that does the same job as a numpad.

The IdeaPad Gaming Chromebook is an excellent general purpose Chromebook. It adeptly handled all of the usual productivity tasks I threw at it (minus that finicky keyboard), as well as things like media consumption and general web browsing. It’s a bit large for such things, but it doesn’t feel overly heavy for its size, and actually gives a slightly slimmer impression than its Acer rival.

When it comes to gaming, the performance of this model is in near lockstep with what I reported in my review of the Acer Chromebook 516 GE, with a few variances.

For example, Forza Horizon 5 performed noticeably better on the Lenovo model, but this was after a recent update to Microsoft’s very much still in beta Xbox Cloud Gaming service. Conversely, Halo Infinite wouldn’t launch at all, giving me a “disconnected” message, despite literally every other Xbox Game Pass game working fine.

Because of this, I wasn’t able to test the latency in Halo, but I was still able to give it a go in Apex Legends played via GeForce Now. I had intended to record a comparison video, but it would have been pointless. The results were identical to what I recorded on Acer’s model (see video below), down to the frame-by-frame delays. In fact, the performance of GeForce now was identical as a whole. As I said in that earlier review, I’d feel entirely comfortable playing even fast-paced FPS games like Apex casually, but wouldn’t stake my rankings on the cloud-based version of this game, or any game, in a truly competitive situation.

As a last note, I should mention that the battery life of the IdeaPad Gaming Chromebook nearly lived up to its 11 hour rating. However, that was only with general productivity tasks. Gaming, of course, produced a much shorter lifespan, so I wouldn’t recommend heading to the LAN party without a charger.

The Lenovo IdeaPad Gaming Chromebook didn’t dissuade me from my opinion that cloud-based gaming still has a ways to go before replacing locally-installed games. It did, however, give me the best possible access to services likes GeForce Now and Xbox Cloud Gaming that’s available today. Even if I’d played the same titles I mentioned above on a $5,000 gaming desktop, my experience would’ve been essentially identical.

This Chromebook and others like it are already more than capable enough to handle its end of the cloud gaming bargain. It’s now up to companies like Nvidia, Microsoft, and others to improve their services to the point where users can take full advantage of this hardware, without the nagging technical issues, inconsistent performance, and other drawbacks cloud gaming still suffers from.

Also: How to choose a computer for your child

Thankfully, progress is constantly being made. In the short few weeks between the Acer review and this one, Xbox Cloud Gaming has seen noticeable performance enhancements. But then again, it also continues to stop me dead when trying to play some games. I believe cloud gaming really will fulfill its potential…eventually. If you want an excellent way of joining in what will surely be a wild ride on the way there, Lenovo’s take on a gaming Chromebook is one of the best options available.

A slightly larger machine with a build quality that’s a little less premium. It also includes an Ethernet port for anyone seeking the absolute best latency and speed their ISP can offer. It’s also $50 off right now.

Read the review: Acer Chromebook 516 GE review: As good as cloud gaming gets

If you want something designed for cloud gaming in a handheld form factor, the Logitech G Cloud is one of the few options on the market. It’s hardware is top notch, but it was unable to overcome the flaws of cloud gaming any more than any other product I’ve tested.

Would you rather dabble in cloud gaming, but maintain the ability to locally install thousands of desktop-class titles? Valve’s Steam Deck remains your best option. It’s also now available for immediate shipping, unlike the massive shortages seen during its first year  of life. 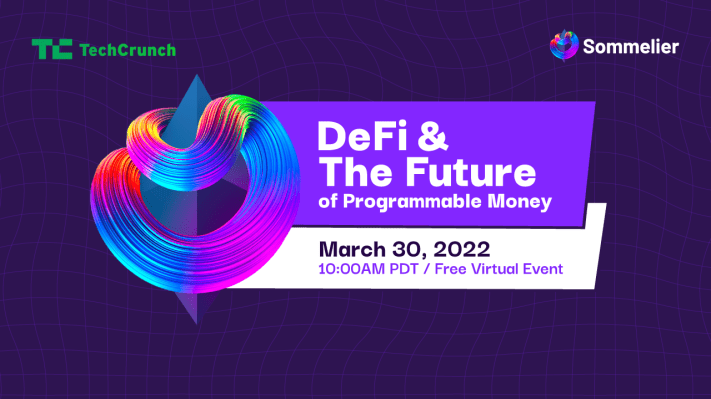 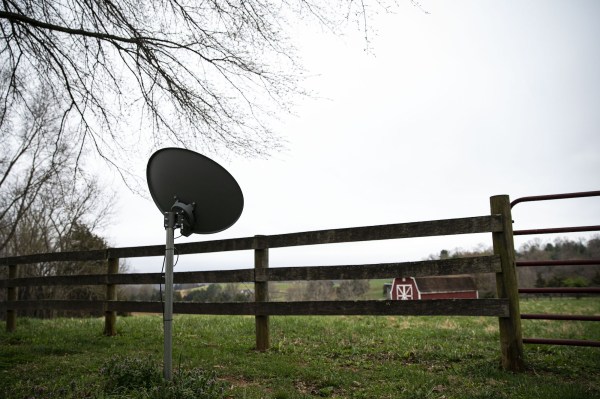 CISA, FBI warn of threats to US satellite networks after Viasat cyberattack – TechCrunch