Al Jazeera’s AI robot Kashef has crunched the numbers and has some predictions for today’s game.

Spain take on Morocco in the round-of-16 match at the World Cup 2022 on Tuesday.

Kashef, our artificial intelligence (AI) robot, has analysed more than 200 metrics, including the number of wins, goals scored and FIFA rankings, from matches played over the past century to see who is most likely to win.

Who: Spain vs Morocco

Prediction: Spain head into today’s clash with the Atlas Lions as strong favourites but will nevertheless need to produce a much-improved performance from the defeat to Japan in their last outing.

Morocco, the last remaining Arab team, is yet to lose a match during the tournament and finished top of Group F ahead of Croatia and Belgium.

Looking at all the data, Kashef predicts a 69 percent chance that the 2010 World Cup winners Spain will win and take on Portugal in the quarter-finals on December 10. 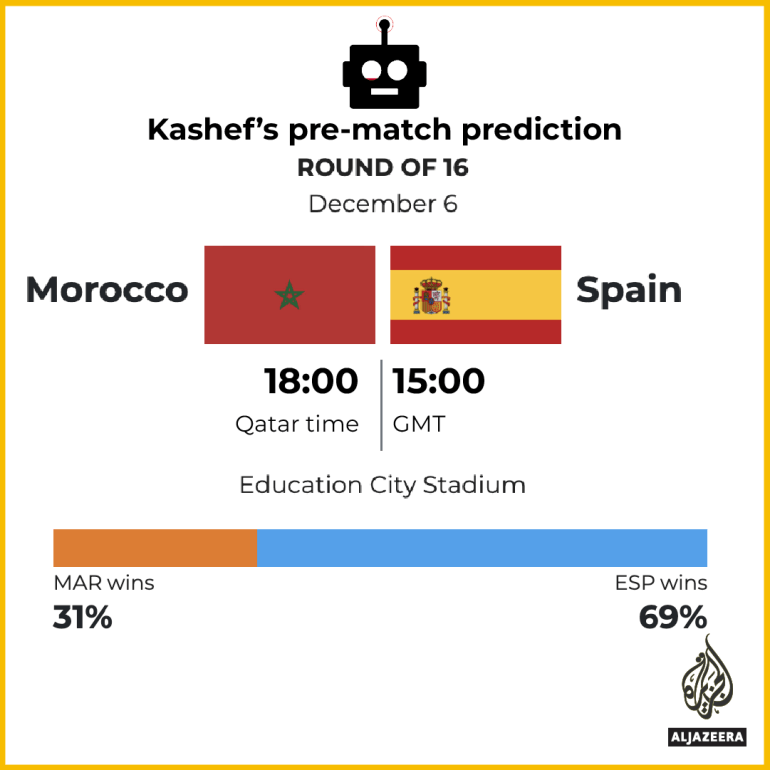 Who is going to win the World Cup?

Kashef has correctly predicted all six of the knockout matches so far. After 54 matches played overall this World Cup, Kashef has a 69 percent accuracy level. After every match, Kashef reruns the model to predict the outcome of the next game all the way through to the final.

Predicting match results is no easy task – external factors like team morale or player fitness make a big difference in how the game goes.

See if you can outsmart Kashef and predict today’s winners by playing our AI game here. 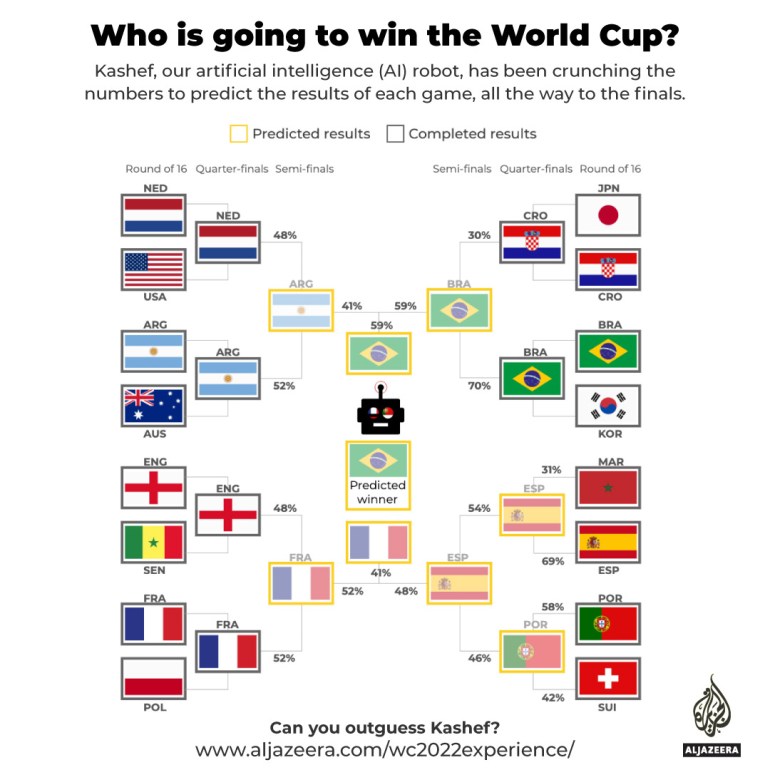