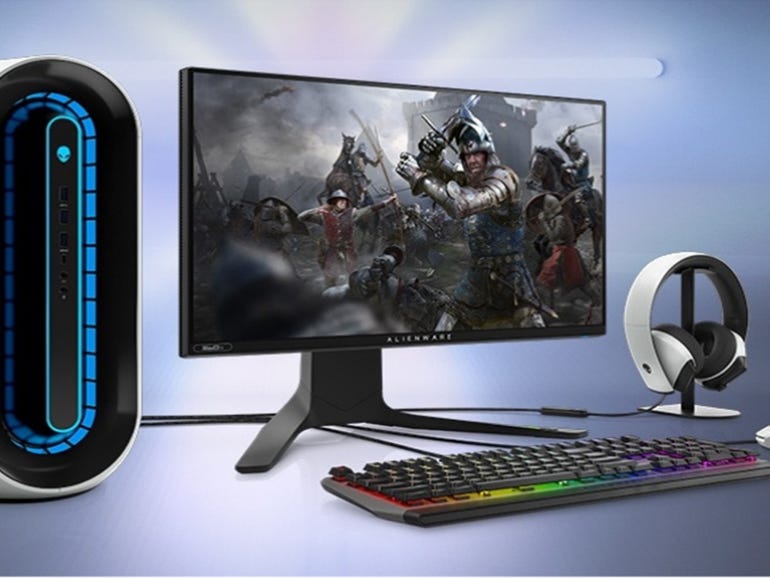 
With chip shortages inflating the cost of components like GPUs and CPUs, it’s getting harder and harder to find a cheap gaming PC. But brands like Alienware, Dell, and MSI have budget-friendly options that deliver plenty of value for the cost. And while their configurations aren’t in the same league as their top-tier counterparts, you can still play popular games like Fortnite, God of War (2018), and Dead by Daylight. And opting for a cheap gaming PC doesn’t mean you’re stuck with those components forever; PCs are modular by design, so you can take advantage of sales on components, swapping them out over time as your needs change and budget increases. I’ve curated a list of the best cheap gaming PCs available and broke down their features and builds to help you find the best one that fits both your budget and your gaming needs. 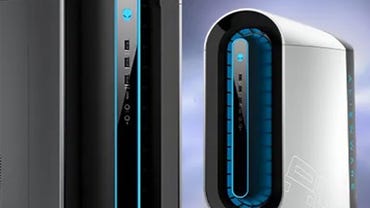 Alienware is one of the biggest names in PC gaming, and you can get your hands on the Aurora R12, Intel-based desktop for less than $1,000. It features 8GB of RAM which you can expand later as your needs change, a 256GB SSD for faster game launching and boot times, and an Nvidia GeForce GTX1650 Super GPU. And just because it’s an older graphics card, that doesn’t mean it can’t keep up with the latest games. If you’ve got a little wiggle room in your budget, you can configure the tower with a secondary, 1TB HDD for storing large game files for an extra $180 which puts the total price at just under $1,200. Or if you prefer liquid cooling for your components, you can add it to your build for just $20. The base build offers Bluetooth 5.0 for connecting wireless peripherals like mice, keyboards, and headsets as well as dual band Wi-Fi for fast internet speeds during online gaming sessions. 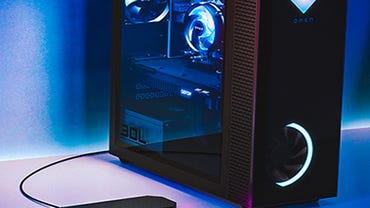 Omen is HP’s gaming desktop brand, which launched way back in 2006 under the name VooDoo. And if you’re in the market for an affordable, AMD-based gaming PC, the Omen 30L is a great option. The base configuration is built with an AMD Ryzen 5 5600X CPU, 8GB of RAM, a 256GB NVMe SSD, and an AMD Radeon RX 5500 GPU. As with any configurable gaming desktop, you do have a few options to upgrade and still keep the total cost of the rig reasonable. You can add a second storage drive for about $50 extra, putting the total cost of the build right around $1,000, or you can upgrade to an 800W power supply for an extra $40 if you want to be able to add things like RGB lighting or a liquid cooling system. The base build comes with dual band Wi-Fi and Bluetooth for wireless connectivity, though if you want to bump up to Wi-Fi 6, you’ll have to pay extra. 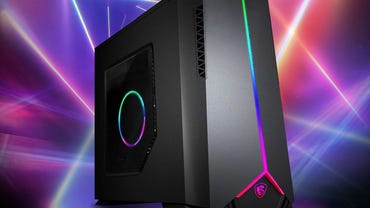 If you want more storage capacity without having to mess around with configuring a build, the MSI Aegis SE is an almost perfect option. It comes equipped with a 512GB SSD so you don’t have to worry about large game downloads hogging drive space, and the 16GB of RAM ensures faster app launching and game loading. The Nvidia GeForce GTX 1660 Super may be an older card, but it is more than capable of handling games like Apex Legends and Red Dead Redemption II. The 10th gen Intel Core i5 CPU can be overclocked to 4.3GHz for all the power you need for intense gaming sessions, and the customizable RGB lighting in the tower case lets you show off your personal style. 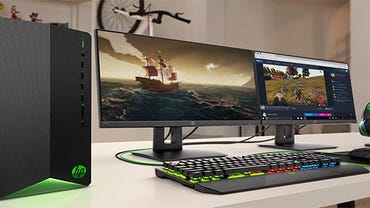 The HP Pavilion gaming desktop is a great choice for anyone who is working with a really limited budget and is looking to get a decent build to get started with. The base configuration retails for under $600, which is dirt cheap when it comes to prebuilt gaming PCs, and it features an AMD Ryzen 3 5300G CPU, 8GB of RAM, a 256GB SSD, and an AMD Radeon RX 5500 GPU. It even comes bundled with a basic keyboard and mouse, so all you have to do is connect to a display and you can start playing your favorite games right out of the box. If you’re able to make room in your budget, you can configure the build with a second, 1TB HDD storage drive for $49 or swap out the bundled keyboard and mouse for wireless versions for an extra $20.

Best for boosting your current build 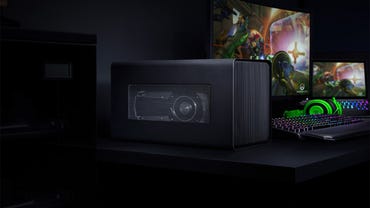 The Razer Core X is a bit of an odd duck when it comes to PC gaming. It’s a chassis for housing a dedicated GPU rather than a complete desktop build. If you’ve recently invested in a low or mid-tier prebuilt tower, or your gaming laptop has an integrated GPU and you want to boost performance, the Razer Core X lets you do that without needing to spend a ton of money. The downside is that you do have to buy a GPU to put into the chassis, but even with the cost of a new card like the MSI Radeon RX 6600 Armor on top of the Core X, it’s still more affordable than a lot of prebuilt tower configurations. The chassis features an all-metal design for durability and style as well as cooling fans and mesh grates for heat dissipation. It also has a 650W power supply to handle just about any GPU you can drop in there, and the Thunderbolt 3 connection can also keep your gaming laptop charged as you play. The chassis comes in flat black, white, or with RGB lighting (but you have to pay about $100 more for that).

How did we choose these budget gaming PCs?

Along with price, I looked at PC builds that could handle popular games like Fortnite, Apex Legends, and Overwatch while also providing plenty of storage for downloads, photos, and videos. I also chose builds that could be configured on the brand website so anyone with flexibility in their budget could create their ideal gaming PC.

Which budget gaming PC is right for you?

Once you’ve finalized your budget, you’ll want to choose a gaming PC that has enough storage space for a small library of your favorite games as well as plenty of RAM for smooth gameplay. You’ll also want to make sure that the included GPU is powerful enough to handle most popular games, and that the power supply is able to keep up with your needs as you swap out components or add things like secondary storage drives or more RAM sticks.

What is a good budget for a gaming PC?

Even before the chip shortages, you couldn’t find many prebuilt gaming PCs worth the cost that were under $1,000. Now, with GPUs harder and harder to come by, a prebuilt PC is about the only way to get your hands on one; even older ones like the GTX 1660 Super. And they definitely come with a cost. You can still get a decent build for around $1,000, or even less than that if you put in the work to find them, but you may want to build out your budget to around $1,200 to account for rising component costs.

How much RAM do I need for gaming?

You can get by on a lot of games with just 8GB of RAM, and 16GB is just about perfect for handling even the most technically demanding titles and programs. You can find configurations with 32GB or even up to 128GB of RAM, but not only does this considerably increase the cost of the build, it’s overkill. Higher RAM configurations are best used by creative professionals rendering 3D art and animation, and for gaming, you start to see diminishing returns after 32GB.

Do I need a dedicated GPU to play PC games?

You do, actually. Many new CPU chips have some sort of integrated graphics processing unit, but it’s best used for very casual home use like streaming Netflix or looking at your aunt’s vacation photo album on Facebook. To be able to even launch the most popular game titles, you need a dedicated GPU, but it doesn’t have to be a fancy, expensive one. You can use an older card like a GTX 1650 or Radeon RX 5500 and still get a lot of mileage out of your build.

Are there alternative budget gaming PCs worth considering?

There are more budget-friendly prebuilt gaming PCs available from tons of brands. If you’re willing to spend just a bit more, here’s a short list of other options I thought were great: 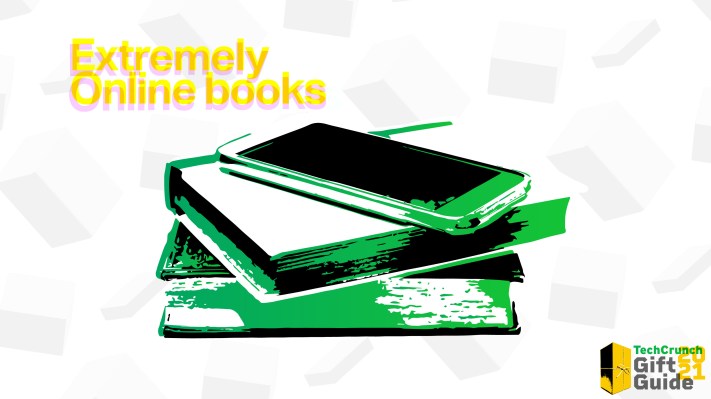 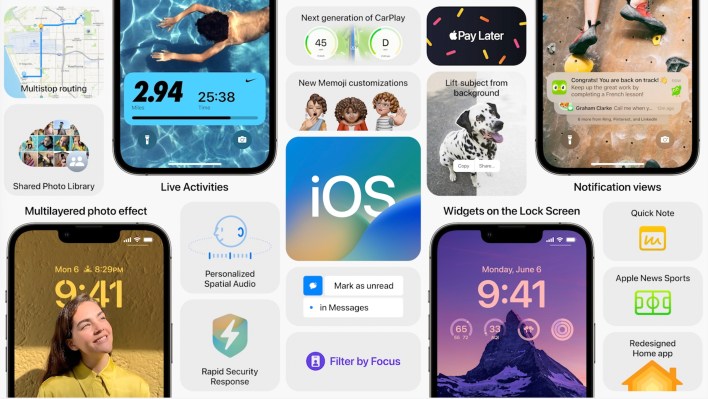 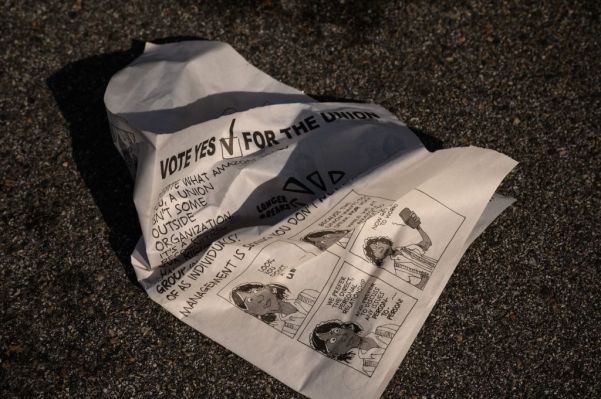 The fortunes of Derek Chisora can be instructive for Joseph Parker. Despite suffering two consecutive losses to Parker himself, Chisora